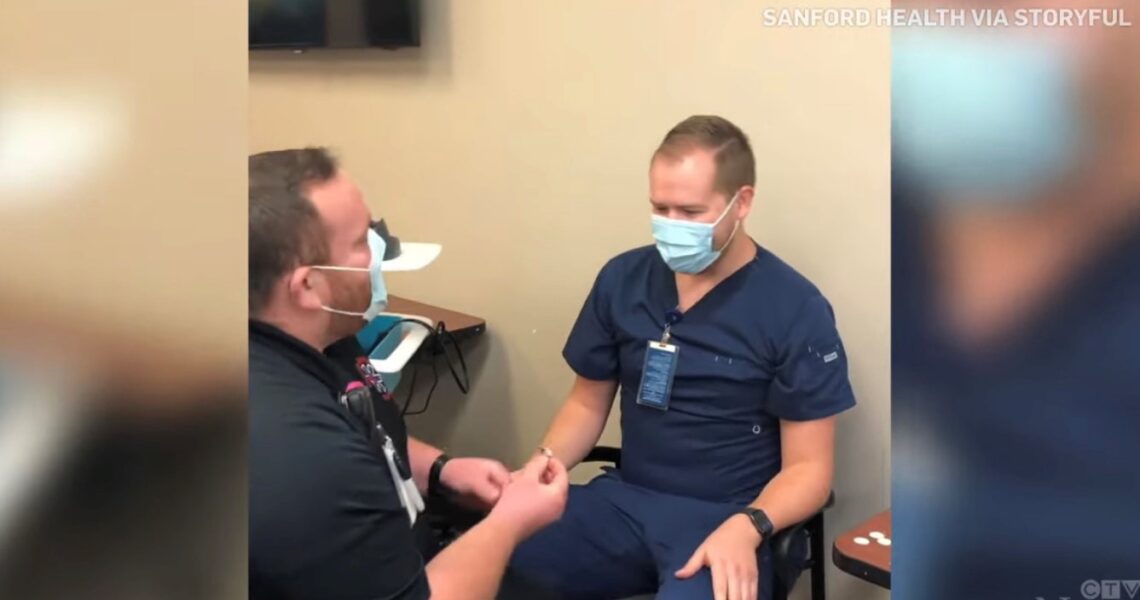 It started as all great couple moments do: with playful bickering. Eric Vanderlee was working yet another grueling shift as a nurse in Canton, South Dakota. His partner of five years, Robby Vargas-Cortes, had an appointment to get the coveted COVID-19 vaccine. So, when Robby sat down at Eric’s station, the sparks flew.

Taking the stubbornness in stride, Eric countered, “You roll it!”

The adorbsies (adorable) pair decided to lift Robby’s sleeve together, at which point Eric was stunned at what he saw.

Robby had taped an engagement ring to his left triceps muscle. “So it’s been kind of a crazy year,” he understated. “And it’s been really a fun ride to have you in my life. So, I just wanna know…”

But before Robby could finish his proposal, the other nurses in the room squealed with delight. An overwhelmed Eric muttered, “Did you guys know this was happening?” Despite an avalanche of incredulity, Eric was swept off his overworked feet. He accepted Robby’s ring before hugging his fiancée, warmly to seal the deal to become the two loving dads to their cockatoo, Molly Sue.

The moment was captured on video and has since gone viral, which helped ease the trepidation that the couple sometimes feels regarding public displays of affection. “South Dakota is a very conservative state,” Robby explained in a press release. “We wouldn’t have had the right to marry without the Supreme Court in 2015. So to see such an outpouring of support, especially from our fellow South Dakotans, has been uplifting.”

The eyes of the swooning world have empowered Eric and Robby, who continued his statement to say, “It gives me a new confidence to be okay with who we are. I always say I’m too scared to hold his hand in public, and now that this has happened, that seems kind of silly.”

But there’s nothing silly about a love that conquers ignorance, joins two precious souls, and overpowers a global pandemic. We now pronounce you paramedic and nurse. Kiss each other, already! 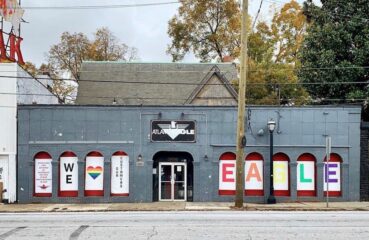 The Eagle Has Landed… for Good

When you need a material that will endure the stresses of time and turbulence, strap on some leather. It is like a second set of skin, pliable yet powerful in its ability to move... 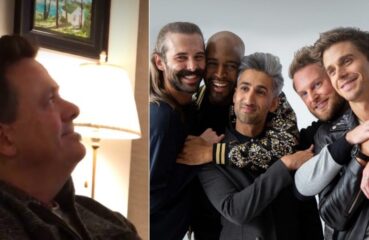 Familiarity yields acceptance. The more you expose yourself to different cultures and ideas, the less frightening they may seem. Even us scary gays become cute and cuddly once you...