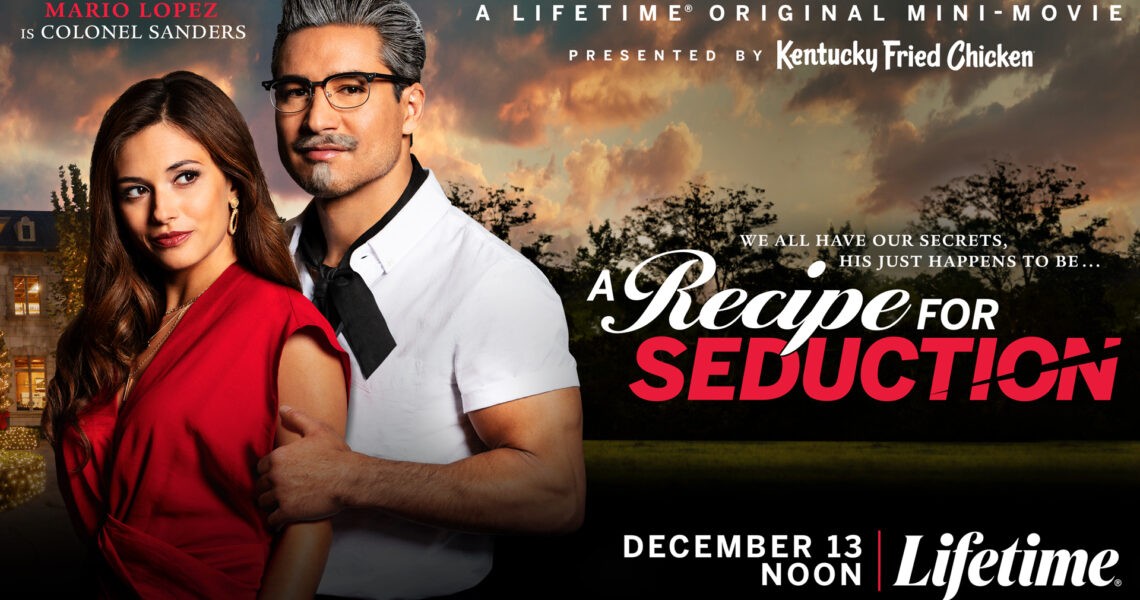 You can’t spell #Lifetime without LGBTQ+ (ifetime). Earlier this year, the network announced the production of their first predominantly queer Christmas movie, casting real-life husbands Blake Lee and Ben Lewis. Now, they are buttering us up even more with the release of A Recipe for Seduction, starring Mario Lopez as Colonel Sanders.

We’re going to pause while you catch your breath, do a double take, and Google what the hell we’re talking about. Have we been smoking too much Chardonnay? No, this is really happening, people! And we’re as pumped as Mr. Lopez himself on pecs day.

The 15-minute “mini movie” charts the origin story of Harland Sanders, a charismatic chef who sizzles into town boasting a thick, juicy batter that will change the world. In the amount of time it takes to flash-fry a poultry carcass, Colonel Sanders seduces the film’s female lead, Jessica, feeding her a healthy portion of his undulating tongue.

The makeout session sends ripples of saliva and intrigue through the community, upending the uptight establishment and igniting the jealousy of Jessica’s fiancée. Meanwhile, the aforementioned fiancée is secretly canoodling with Jessica’s mom – y’know, his future mother in law? The tale is as tawdry as it is tantalizing; just ask KFC’s CMO, Andrea Zahumensky.

“A Recipe for Seduction is a perfect excuse to curl up at home and escape to your own happily ever after,” teases Zahumensky. “Let’s face it, we could all use a little distraction this holiday season, so why not fill some of your time at home with a suspenseful drama and the comfort of our world-famous fried chicken?”

Punctuating her appetizing salvo with a climactic flourish, Zahumensky coos, “We’re no strangers to heating things up for the holidays.”

Indeed, KFC moistened panties by the millions with their Mother’s Day campaign, featuring the Chickendale dancers. A tender, all-white male stripper tore off his shirt while donning the infamous silver coif and chin-beard that has made Colonel Sanders a household heartthrob.

Will A Recipe for Seduction stack up to the Chickendales’ signature brand of mouthwatering allure? There’s only one way to find out: endure this avalanche of cheese-tastic advertainment, premiering on Lifetime December 13th, 2020… 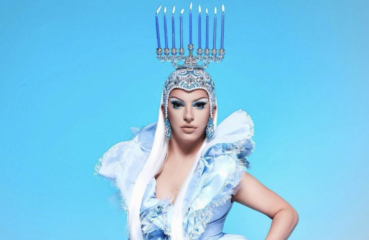 It’s the holidays and music is in the air.  Let’s be honest, all we want for Christmas is new holiday music that we actually like.  Sorry, Mariah.  Cue the music!  Drag...