Wed in the World: Changing the Rules On Same-Sex Marriage

Australia adapts, the law takes on cake and flowers, and here comes a gay royal wedding!

“Previously any Queenslander who has undergone sexual reassignment surgery had to divorce their partner to have their gender legally recognized,” said Attorney General Yvette D’Ath. Now, Queensland has voted to end the forced divorce requirement for those seeking to change genders on their birth certificates, making Queensland the fourth Australian state to amend such laws after the ‘Yes’ vote on gay marriage. However: Queensland still requires trans individuals to become sterilized before allowing the sex change on birth certificates.

In Masterpiece Cake shop v. Colorado Civil Rights Commission, the SCOTUS ruled for Jack Phillips, a baker who refused to make a wedding cake for a same-sex couple. When David Mullins and Charlie Craig approached Masterpiece Cake Shop in July 2012, Phillips told the couple that serving them would violate his faith. The couple filed a compliant with the Colorado Civil Rights Commission, who ruled in their favor, but Phillip appealed. In the upsetting 72 SCOTUS decision, Justice Anthony M. Kennedy wrote that “respectful consideration to which Phillips was entitled was compromised.”

Still reeling from the nuptials of Prince Harry and Meghan Markle? Hold on, because they will be followed by the first gay royal wedding. Lord Ivar Mountbatten, the Queen’s cousin, is set to become the first royal to enter a same-sex marriage with his longtime partner James Coyle. Mountbatten’s ex-wife Penny (they were divorced eight years ago) will give him away in an intimate ceremony at his country estate in Devon. Mountbatten has noted things won’t get too elaborate, quipping, “We’ll probably have cheese instead of cake.”

A florist in Washington State is in the hot seat after refusing services to a gay couple. Barronelle Stutzman, owner of Arelene’s Flowers and Gifts, refused to provide wedding flowers for Robert Ingersoll and Curt Freed, stating that it would violate “her relationship with Jesus Christ.” The state’s Supreme Court ruled that Stutzman violated state law in Arelene’s Flowers vs. Washington. She has appealed the ruling. 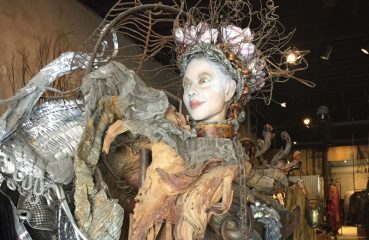 Step through the looking glass into a wonderland of celeb-worthy couture and art that will challenge the imagination. Church Boutique 8462 Melrose Avenue West Hollywood, CA... 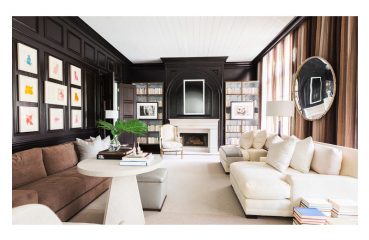 By the Way: How Chad James Went from Small Town Alabama Boy to International Designer

Designer Chad James talks growing up, coming out, design, taste, and Britney vs. Beyoncé. The great Maya Angelou (among others) has been credited with saying: “People will...