Home » Promotions, Sweepstakes, Giveaways » Margot Robbie and Saoirse Ronan Battle it Out in Mary Queen of Scots – Announcing the Winners!

Margot Robbie and Saoirse Ronan Battle it Out in Mary Queen of Scots – Announcing the Winners! 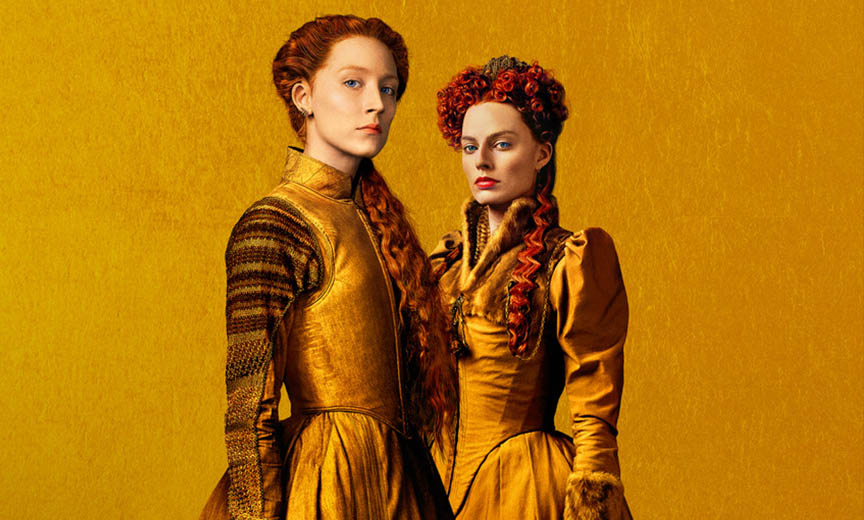 Mary Queen of Scots is in theaters on December 21st. Image courtesy of The Karpel Group and Focus Features.

“In my end is my beginning.” – Mary Queen of Scots

If there was ever a more tongue-in-cheek quote from the Elizabethan era, we aren’t aware of it.

Nevertheless, Focus Features is releasing Mary Queen of Scots featuring Margot Robbie and Saoirse Ronan, and it looks to be a catty party for anyone who loves watching strong women fight to the death.  And let’s face it, what self-respecting queen hasn’t reveled in watching another queen scream ‘off with her head’?

Okay, we don’t know if that actually happens in this visually stunning holiday feast, but we are certain it’ll be quite the ride.

Congratulations to the winners of the Mary Queen of Scots autographed movie poster and prize pack!

If your name is listed below, please be on the lookout for an email with instructions on claiming your prize:

ABOUT MARY QUEEN OF SCOTS 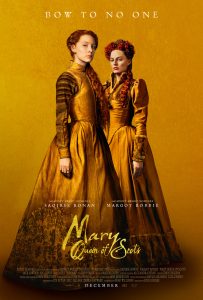 Experience the epic clash of Queens that changed the course of history.

Mary Queen of Scots explores the turbulent life of the charismatic Mary Stuart (Saoirse Ronan). Queen of France at 16 and widowed at 18, Mary defies pressure to remarry. Instead, she returns to her native Scotland to reclaim her rightful throne. But Scotland and England fall under the rule of the compelling Elizabeth I (Margot Robbie).

Each young Queen beholds her “sister” in fear and fascination. Rivals in power and in love, and female regents in a masculine world, the two must decide how to play the game of marriage versus independence. Determined to rule as much more than a figurehead, Mary asserts her claim to the English throne, threatening Elizabeth’s sovereignty.

Betrayal, rebellion, and conspiracies within each court imperil both thrones – and change the course of history.

Written by Beau Willimon (The Ides of March, “House of Cards”), based on Queen of Scots: The True Life of Mary Stuart by John Guy.

First of all, visit our Promotions Page to enter additional sweepstakes.

Visit our events section to list your event or find something to do this weekend.

Vote for the Legendary NYC Drag Queen We Love in our annual People We Love list!

Likewise, sign up for our VIP list for your chance to get tickets to our People We Love event on January 15th!

Above all, check out our LGBTQ friendly resources if you need help!