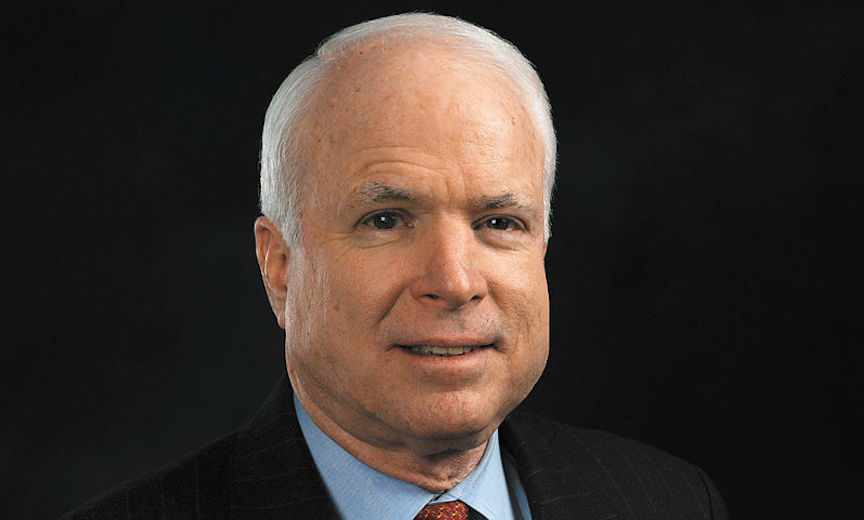 Tributes and tirades related to the death of Arizona Sen. John McCan caused a social media tsunami over the 48 hours since the late lawmaker’s passing, and no one seems to know: was he an equal rights advocate or adversary?

Certainly during the course of his senate career and two runs for the presidency, he was all over the map — or as he’d probably say — someone who sees nuance where others see only red or blue.

What can be said about McCain’s record is that while his embrace of equality lagged behind most progressives, when he finally came aboard, his record eclipsed that of almost all his conservative contemporaries.

In 1996, McCain joined 84 senators to vote in favor of the Defense of Marriage Act, which would have prohibited recognition of same-sex marriage at the federal level.

Concurrently, McCain’s fellow Arizona congressman, the closeted Jim Kolbe, drew fire from LGBTQ activists for his own support vote of DOMA. When they threatened to expose his hypocrisy by outing him, he beat them to it. And McCain came to his defense, saying the revelation hadn’t “caused much of a ripple” statewide.

“I think Jim Kolbe has the respect and appreciation of most Arizonans,” McCain remarked. “I believe if he ran for re-election, he wouldn’t have much difficulty.”

McCain all but reversed himself on the issue a few years later, when he broke with his party to oppose George W. Bush’s proposed Federal Marriage Amendment which was intended to codify marriage as solely a male/female covenant as part of the U.S. Constitution.

He derided the proposal as “purposely divisive, discriminatory and intended to deny some Americans their right to the pursuit of happiness.”

Still, when the military’s policy of “Don’t Ask, Don’t Tell” came crumbling down in 2010, it was over former Vietnam POW McCain’s strenuous objections. “Today is a very sad day,” the senator said in 2010. At the time, he declared a survey of armed forces personnel “flawed” when it found service members would not find a repeal of the Cinton-era policy objectionable, and said that openly gay troops would be a potentially deadly distraction from missions and “dangerous in a time of war.”

Like many politicians of his day, McCain’s votes seemed to mirror the growing public acceptance of LGBTQ Americans in their midst. He joined 10 Senate Republicans in 2013 to vote in favor of the Employment Non-Discrimination Act — a vote he cast after his wife Cindy sent a postcard to her husband. The bill did pass in the senate, but never saw the light of day in the Republican-dominated House.

Increasingly over the years, McCain adopted a quasi-Libertarian Barry Goldwater-esque approach to equal rights. (Incidentally, it was Goldwater’s senate seat that McCain occupied for the last several decades.)

The press dubbed him a “maverick,” an assessment McCain went out of his way to reinforce and relish. Case in point: He co-sponsored a federal “religious freedom” bill dubbed the First Amendment Defense Act, a proposal which practically invited anti-LGBT discrimination. The bill did much to corrode recently-earned LGBT protections, including a 2014 executive order by President Obama striking down anti-LGBT workplace discrimination.

And, in one of his final acts as a public servant, McCain put himself in opposition to the sitting president of his own party to defend transgender members of the military. When Donald Trump tweeted that he’d ban transgender Americans from the U.S. military “in any capacity,” McCain lashed back.

And later, when legislation was introduced by New York’s Sen. Kirsten Gillibrand to stop Trump’s transgender military ban, McCain agreed to co-sponsor the bill and said in a statement that “we should welcome all those who are willing and able to serve our country. Any member of the military who meets the medical and readiness standards should be allowed to serve — including those who are transgender.”

In retrospect, McCain was as human as they come. He could be venal and irritable. He could be a man of principle — as he was in captivity and when he came to Barack Obama’s defense at one of his own rallies — then make decisions for political expediency he’d regret (prominent among them naming Sarah Palin as his 2008 running mate). He seldom heard of a conflict abroad that didn’t require an armed response, and showed no discernible compassion for Americans who were less well off. But over the course of a lifetime, he grew and evolved with his times and new information — a trait needed now more than ever in the corridors of power. And one that is held in increasingly low esteem by the right. 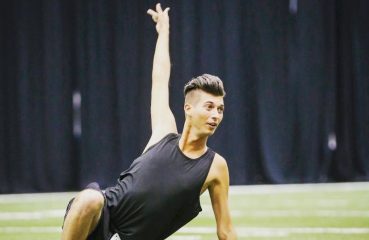 Jesse Hernandez made his cheerleading debut in the Superdome at the New Orleans Saints home opening preseason game, and haters appeared on the internet with everything but torches...

Supreme Court nominee Brett Kavanaugh’s record on LGBTQ rights is already murky. But he has been endorsed by a major foe of equality — and now Republicans are trying to...