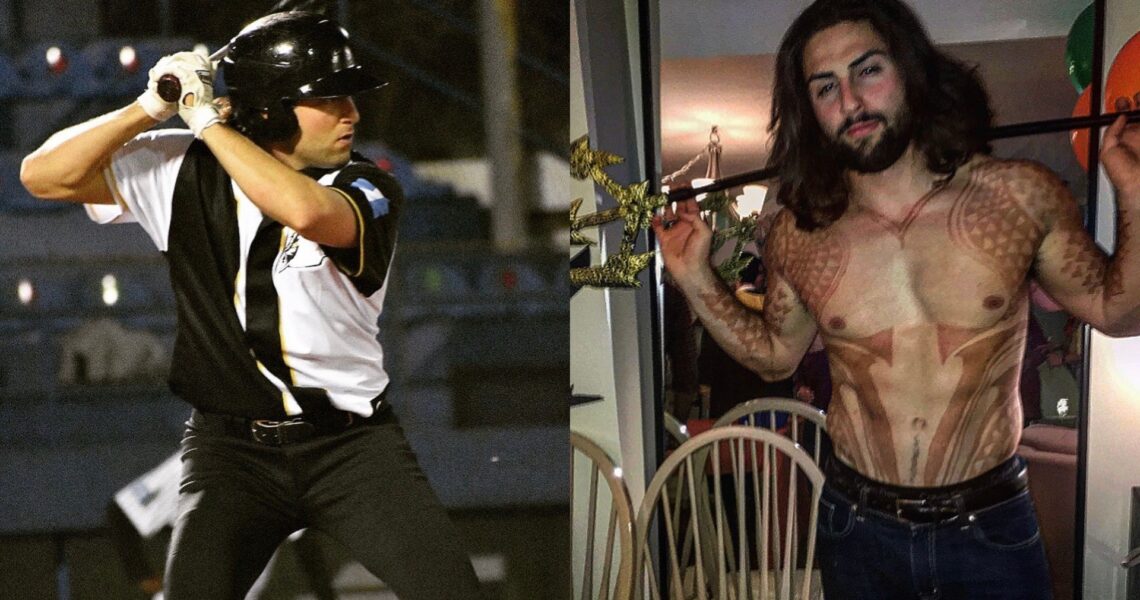 At the risk of sounding conceited, gays are just better than straights. Think about it: we often grow up misunderstood and maligned as society continues erecting (teehee) obstacles to prevent us from achieving greatness. And yet, we emerge from the shroud of ignorance smelling like rose petals from Sasha Velour’s bespoke fright wig.

“The best way to describe the hiding as an athlete is like you’re running with a weighted vest on,” Ruby tells USA Today. “It’s on all day and you can’t take it off. I’ve been gradually taking that weight off.”

Despite the liberating logic of Ruby’s sentiment, he is the only active player in the pro leagues to live as an openly gay man. To add another layer of pressure to the cauldron of conflicted feels swirling within his soul, Ruby is also a country musician.

Baseball bravado and honky-tonk culture? Hmm, not exactly a homo welcome wagon. Maybe that’s why it took this Renaissance man so long to live his truth.

“I kept thinking about the little 14-year-old me, who was scared because I’m a baseball player who loved country music… Those are worlds where people like me are told they can’t belong.”

But Ruby recently shattered the closet door in hopes of rolling out an Astroturf carpet guiding subsequent queer athletes to a more enlightened existence.

“I want to help create a world where future generations of baseball players don’t have to sacrifice authenticity or who they really are to play the game they love.”

Ruby’s bravery transcends pop culture and sports, piercing the heart of homophobia by stepping up as a charismatic celeb.

“If I can help just one person from this, then that’s greater than any single hit or home run or win that I ever get on the field.”

Indeed, Ruby is scoring a moral victory. Every day, he sprinkles sunlight on his public persona as an out, country-loving, rough-and-tumble role model.

“Each time somebody comes out in industries where queer people have not been historically represented in the mainstream, it helps to crumble the myth that you can’t be yourself. But we’re in the 2020s. It’s about damn time for this.”

Damn straight! Or, in this case: damn gay! We’re root, root, rooting for you, Bryan Ruby. 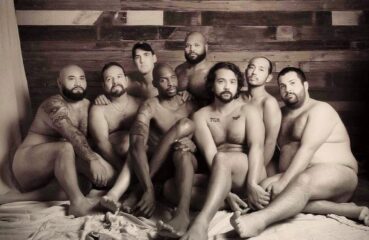 Come As You Are: The Photography of Steven Tilotta

Flaws. Are. Sexy. Think about it: love handles and dad bods and bubble butts occupy our trend trackers for a reason, but imperfections transcend the surface and speak to who we... 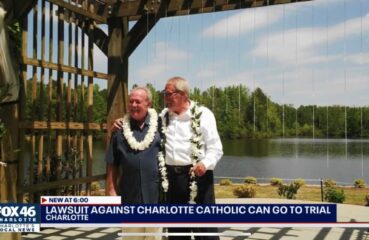 Progress is never a straight line. In 2012, Lonnie Billard was named Teacher of the Year. In 2013, the Supreme Court ratified same-sex marriage. In 2014, Mr. Billard was fired for...