METROPOLL: Which Chef Are You Hot For?

Though there’s nothing quite like the moment when you pull your chair up to the Thanksgiving table, if you’ve got an “in” with the chef, there are plenty of special moments to be seen in the kitchen while he works his culinary magic beforehand.

We gathered a lineup of three chefs with very different styles whom we’d like to witness crafting a holiday meal. Who would get you to show up early?

(A) Michel Roux Jr. — For this noted two-star Michelin chef, excellence is in his blood. He took over for his dad at top London restaurant La Gavroche in 1991.
michelroux.co.uk

(B) Marcel Vigneron — Known as a “bad boy” of molecular gastronomy, Vigneron is a fan of taking risks; imagine how he’d reinvent this classic meal.

(C) Curtis Stone — This tall Aussie is known for the charm he’s displayed hosting various Top Chef spin-offs, but he credits his grandmother Maude for inspiring his love of food that feels homemade. He even named his first restaurant after her! curtisstone.com

A new cleanse puts the emphasis on weight loss by cutting out sugar-heavy fruit and offering a vivid array of nutrients. There’s a colorful new way to lose weight, boost energy... 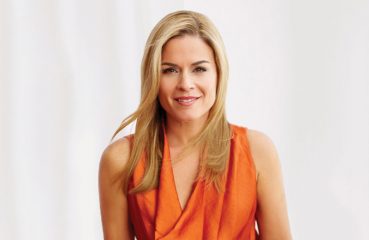 Cat Cora and the Mind of a Chef

As she prepares to release her first memoir, the celebrity chef gives us a taste of her story — including her unlikely upbringing, career high points and even what she’ll be...