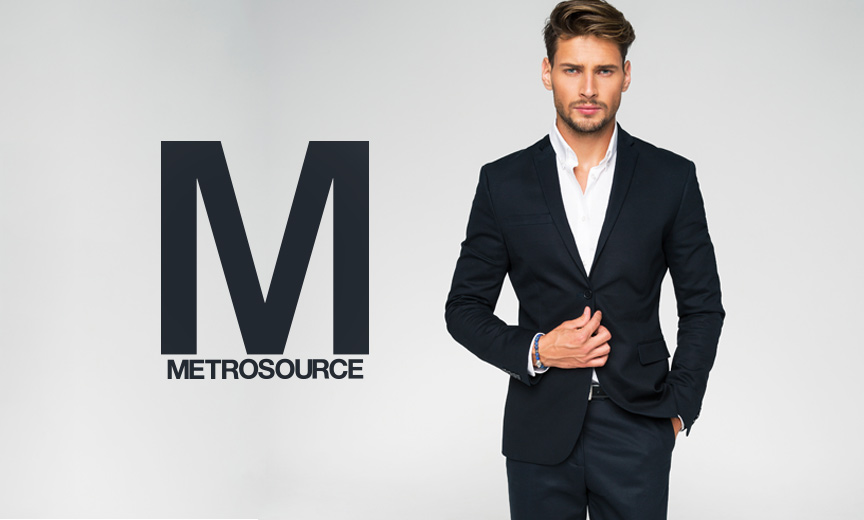 Our biggest news yet: Davler Media Group has acquired Metrosource in a move that expands the range, power and influence of both parties.

While the acquisition is expected to benefit both Davler and Metrosource, the intended beneficiary is the LGBTQ audience Metrosource has served since publishing its first issue in 1990. A rising tide lifts all boats, and having Davler’s support and infrastructure assures that the magazine and its online counterpart will soon become even more indispensable resources for the LGBTQ community.

“This acquisition perfectly complements our newest objective: to become the leading multi-platform media brand serving the LGBTQ community, and the advertisers that serve them, here in New York and beyond,” explains David L. Miller, Davler’s Chief Executive Officer.
“Adding Metrosource and the talented editorial and advertising sales team behind it will be a central asset in our expansion,” says the CEO. “Metrosource has been a powerhouse media platform for national advertisers trying to target the LGBTQ market. Our online reach and expertise will help make Metrosource an equally vital asset for their digital ad buys. The timing is fortuitous as it will complement the imminent launch of Exuberance, our new LGBTQ-focused luxury design and lifestyle title, a spinoff of our New York Spaces.”

Founded in 1990, Metrosource was the first glossy publication for LGBTQ people to be free of sexually explicit advertising. Its longtime national advertisers include GlaxoSmithKline, Greece Tourism and Wells Fargo. Regional advertisers including I Love NY have reached the LGBTQ market through Metrosource’s NYC edition, while US Bank, The Sunset Marquis and Aston Hotels advertise in its LA edition.

Under founder and publisher Rob Davis, Metrosource now commands the largest circulation of any publication dedicated to the LGBTQ community in both the NYC and LA markets, and the second largest circulation for any such publication nationwide. Metrosource’s national edition provides unique coverage of arts and entertainment, can’t-miss events, gay friendly travel and updates on the continuing global struggle for marriage equality. Its East and West Coast editions address those same objectives with in-depth coverage of local events, bars, restaurants, shopping and one-of-a-kind directories for finding businesses that seek to serve the needs of LGBTQ people.

“By combining our knowledge of and credibility with our community with Davler’s expertise in multiplatform execution and events,” concludes Davis, “we are creating the most compelling environment for advertisers to tap the $917 billion buying power of the LGBTQ community.”
The new Metrosource will debut in June/July 2017, with current Editor-In-Chief Paul Hagen at the helm.

When wondering where to venture on my next vacation, I have often considered whether I could visit someplace that would allow me to explore part of my family history....

Sydney Summer: One Sure Way to Beat ‘the Seattle Freeze’

When he heads Down Under for a break from winter weather, Kevin also finds himself charmed by the sunny dispositions of his new Aussie pals. At the end of 2008, my partner Ray and...