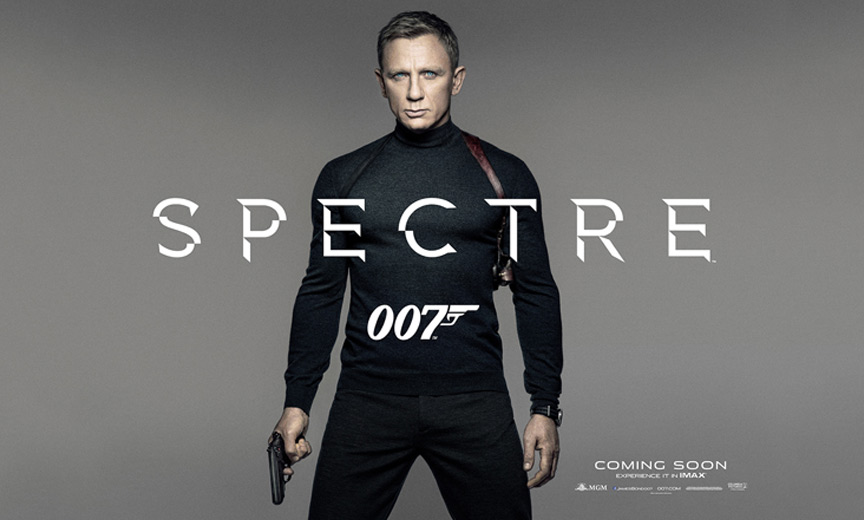 Spectre, the 605th James Bond film, opens this weekend, with its theme “Writing’s on the Wall” sung by Sam Smith. With this in mind, Metrosource staff share their all-time favorite Bond songs.

Vayner, Evelyn
Sales
“A View to a Kill” | Duran Duran

I was 10 when this came out and I LOVED Duran Duran. My sister was 4 years older so I was really into music because of her and her friends. The memories surrounding that time also remind me of a family trip to London. And yeah, the song is pretty cool.

There are many standouts on the James Bond playlist. I adore Adele’s “Skyfall” and Sheena Easton’s “For Your Eyes Only.” And of course “Nobody Does It Better,” “Live and Let Die”, “Diamonds Are Forever” are some of the classic songs on my all-time-faves list. But if I had to pick just one song, it would be “From Russia with Love” by Matt Monro. I can’t get that image of the dashing Sean Connery out of my mind, the music playing in the background, and what a heartthrob he was in the early ’60s when the movie came out!

It’s sleek, sexy and sweeping. Plus Shirley is EVERYTHING in that video in her slinky red dress on top of that metallic globe. Late ’90s perfection.

My all-time favorite James Bond song moment is undoubtedly figure skater Debi Thomas’s 007 medley, which featured her performing on ice to the James Bond Theme (in a trench coat and fedora), “Diamonds Are Forever” (in the skating equivalent of a Little Black Dress) and “For Your Eyes Only” (in the ’80s equivalent of pasties and a g-string) — every time she removed a layer of costume I died a little bit. But my actual favorite single song is not one that most people consider among the canonical “greats” — Sheryl Crow’s “Tomorrow Never Dies.” It’s such an exciting blend of James Bond’s slick ladykiller aesthetic and Crow’s more earthy, just-a-lady-with-a-guitar vibe; plus, the way she belts on the chorus sends chills up my spine every time.

Thavaraj, Wayne Thavaraj
Sales
“For Your Eyes Only” | Sheena Easton

The lyrics make for a great love song, and the voice of Sheena Easton brought the lyrics to life and fit the movie well.

A Bond song should be a little campy, a lot sexy, and as self-aware as possible. Miss Tina delivers all these things in a song to introduce a movie that, if we’re being frank, isn’t quite worth its theme. I saw her perform it in concert in maybe 2009. Two men charged the stage, with two more in security uniforms in pursuit. They were jumping around on both levels of the stage, with the audience wondering what the hell was happening. And then came the pyro. Enter Tina, with special appearances by Tina’s thighs, looking not just flawless but covetable at age 69, as the song’s dum-dum-dum-dum started. The woman just got it.

It takes a big performer to go solo at Frank Gehry’s soaring Walt Disney Concert Hall, but one diminutive Oklahoma gal is up to the task....

LISTEN: Kylie and James Corden's "Only You" Cover

Though complaining about the early rollouts of holiday merchandise is a beloved part of every Christmas season, the coming release of Kylie’s Christmas album has us bouncing...