Love, Loss and Movie Music: This is Michael Longoria’s Latest 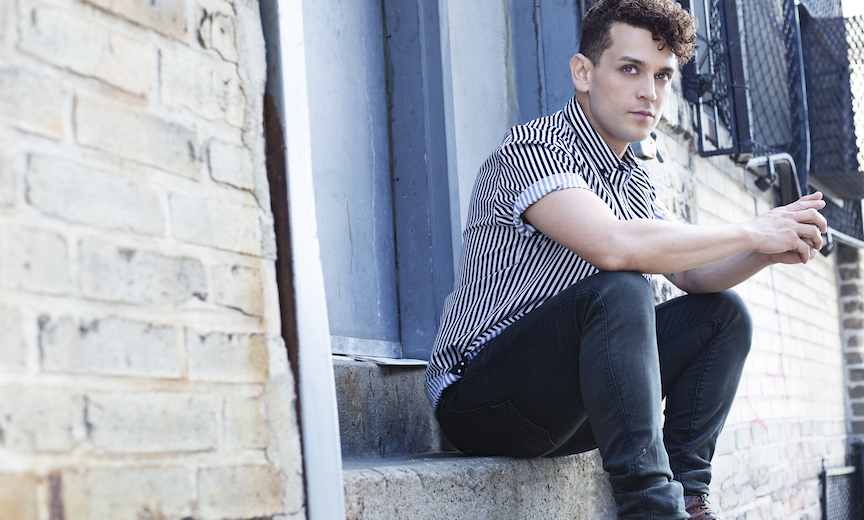 Before going solo as a gay crooner, Michael Longoria made his reputation as Frankie Valli in the Broadway jukebox classic, Jersey Boys. Now he’s back with a new collection of tunes all gathered from moments on the silver screen.

We asked Longoria to reflect on his work — new and old — and give us a bit of a tour through the new record.

METROSOURCE: Could you talk a bit about the previous albums? Would you consider this one a continuation or a departure from what you’ve done previously?

LONGORIA: My first album release on Broadway Records was Broadway: Brick By Brick, my love note to Broadway. That album was full of gorgeous orchestral arrangements of songs from the Great White Way. It was also somewhat autobiographical, I recorded epic eleven o’clock numbers from Broadway that thematically told how a mariachi singer from Los Angeles found his way to Broadway and ended up playing Frankie Valli in Jersey Boys. There’s even a Spanish mariachi themed version of “The Sound Of Music” from the Broadway show that starred Julie Andrews.

With my second album release, Merry Christmas Darling, I took on Christmas songs and gave them all a 1960s pop band arrangement. This soulful doo-wop singing style is one that I developed while playing Frankie Valli on Broadway in Jersey Boys and touring in concert with The Midtown Men. I found a tender spot in my voice for these simple, heart-on-your-sleeve, sing outside your window in the 1960s type songs. This was my first release where I wrote an original song for an album. That track is called “Merry Me This Christmas,” which beckons those turntable classics that make the holidays bop.

With my third release, Like They Do In The Movies, I wanted to take on songs that made going to the movies magical. My dream for this album was to find movie love anthems that lingered in our hearts and minds long after the credits rolled on a beautiful love story. Songs that would remind you how romantically magical going to the movies can be. While at the same time, this collection encourages you to rediscover the story in the lyrics of song, because you are hearing it again with a different voice. I found a treasure trove of musical gems made famous by bands, vocal divas, and even a muppet named Kermit. All of these movie love songs have a great love story to tell.

Metrosource: Can you provide some insight into your process for putting the right songs together for an album like this?

Longoria: I gravitate towards song lyrics that speak to a lover in a climactic moment in the relationship.

“Evergreen” from A Star is Born, a song written by Barbra Streisand and Paul Williams, is one that describes the moment when you know that you are in love. That’s a major moment in a relationship and it’s beautiful when captured in a melody.

Do Hearts Go On?

Or the breakup lyrics from “I Will Always Love You,” where the singer is sacrificing the love they have for the betterment of the person they love. “We both know I’m not what you need…and I will always love you”. It’s so heartbreaking to sing those words out loud, but also beautiful to be able to live and relive that moment in the story of that song each time I sing it.

I wanted to take the listener on an emotional journey through nostalgic songs that we all know and love. I specifically chose songs that spoke to my journey loving and living in New York City. “Arthur’s Theme” from the movie Arthur tells of that floating feeling you get when you leave a lover across town and they are still with you somewhere between the moon and New York City. I love how the chorus ends with the words, “The best that you can do is fall in love”.

Songs like “My Heart Will Go On” from Titanic and “Take My Breath Away” from Top Gun take on new meaning as I approached them from a 2019 lens. A lot has changed in our world since these songs were first written. Yet still there is something so timeless in each message that these melodies convey. We all need someone to hold and someone to sing about. Each of these songs live in that wonderment of love so strong that it could conquer all.

What’s It All About…?

Metrosource: For most artists, as a career goes on, you want to build a body of work. What do you think the new album adds to the mosaic of your career?

Longoria: Each of my albums is a time stamp on my journey as a man experiencing love and loss. Our voices are shaped by all of our life lessons. The tears we have cried, the hard laughs we have, shares and the words we have spoken to communicate what’s happening inside our hearts and minds.

All of these songs stopped me for a moment and made me think about my own life. Songs have a way of expressing what we can’t say directly. More than reading it with your eyes, you have to listen with your ears, and interpret with your heart.

The best songs will carry you into a story that you can get lost in for a few minutes. And a great melody will make you feel that story for hours after you heard it. I hope when people hear Like They Do In The Movies, that they will leave knowing a little more about what makes my heart feel.

Metrosource: So each of these adds a dimension, a color, or a deeper exploration of character?

Longoria: I definitely have matured in life experiences as I have been recording. You can hear it in my vocal choices. When I first started out, I felt the need to show the world what I can do by singing the highest notes possible. Now I’m choosing material that speaks more to an emotional experience.

“Wind Beneath My Wings” from Beaches is a song that made an impression on me as a little boy. You hear the first few chords and you are taken to a place that you can’t describe in words. The sounds take you there. 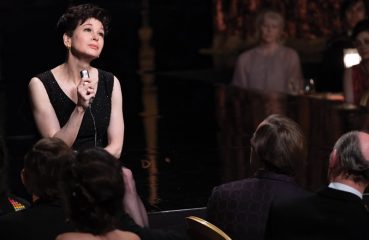 This is the “Judy” Docudrama You’ve Been Waiting For