What Happens When You Look in the Mirror and See Someone Half Your Age? 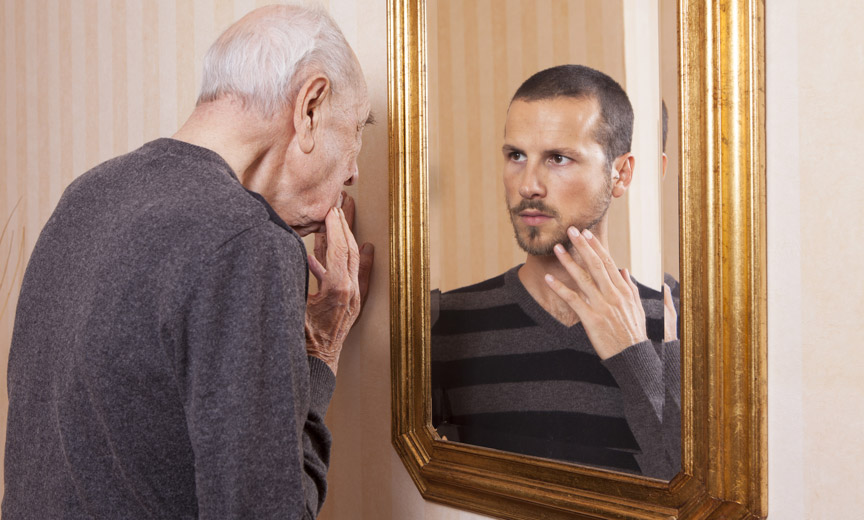 As he approaches his fortieth birthday, a gay man reflects on the many faces he’s seen in the mirror.

Years ago, I relocated – first to Miami and then to Wilton Manors, Florida – in the span of six months. Over the course of this transition, a publisher was putting me up in a gay Fort Lauderdale guest house called Horton Terrace. I vividly remember my first night there.

Despite how lovely Fort Lauderdale was, I felt lonely that night. I remembered walking along the beach, thinking it looked like some modern, American take on the Côte d’Azur in the South of France. (Sans le cuisine, mai oui.) Yet, back in my empty suite, with the sound of the waves crashing just blocks away, I remember repeating the names of my oldest friends until I fell asleep. Like a rosary.

Repeating the names of my trusted friends was my way of drowning out the questions in my head. What was I doing here? How, at the age of thirty, did I find myself starting over once again?

I went for a dip in the pool. I watched silhouettes of palm trees waving against the sky. It’s as if they were asking: “You there! What the hell are you doing now?”

Someone left a response to one of my Facebook posts. It was about the fact that I was moving again for the second time in recent memory and would be starting a new job. He was a friend from school. Using my college nickname of AWOL, he made what I thought was a snide comment. “You’ve got to watch the AWOL show. He’s like a shooting star. You have to catch him.”

I brought it to the attention of a close friend of mine, who knew the commenter. “What the hell does that mean?” I asked.

My friend didn’t think it was insulting. He suggested the commenter was praising the fact I was trying something new; that I wasn’t afraid of big, sudden changes; that I was confident I’d make new friends. I decided to accept this interpretation.

In the Mind’s Eye

At that time, I didn’t think that thirty was old. Now, as my forties approach, I feel that even more acutely.

Like many people my age I am divorced. However, I have now realized what I once thought of as a failure was part of my maturing. The relationship had been a bad situation which made me look physically defeated. In the mirror I saw someone twice his age.

I’ve heard we expect to see younger reflections of ourselves as we brush our teeth or do our hair. They (to quote Judy Garland, “whoever they are”) say we also can do this with in our minds eye. We imagine ourselves talking to a neighbor, taking out the recycling or buying a cup of coffee with the face from our salad days.


The Mirror Has Many Faces

I can see past versions of me in the mirror. I see the me who dressed only in black and gray and declared himself a “mod.” There’s the me who never thought he’d come out. And there’s the me who, with bleached blond hair and black Versace sunglasses first was charmed by people saying “Ciao bello” along the streets of Rome as a student.

I can see the me who rocked ripped jeans over red long johns in the East Village when it was still a pleasantly dirty place. The me who danced at Twilo in sleeveless shirts because I thought I was “too fat” for a tank top. The me who always believed cooking is another way of making love. The me who never learned to drive.

This Is The Face of a Man Who…

Sure, I know it’s not the same face it once was. But I do believe it’s a face of a man who – in his fortieth year – will learn how to drive. And create a drag persona. And perfect a sourdough starter. And finally freshen up his French… or Italian.

So, yes, as I brush my teeth I do see glimpses of my younger self in the mirror. But, I’m also looking forward to a brand new season of the AWOL show. Its fortieth season will feature a fresh cast of characters but at least one very familiar face.

Want more of the AWOL show right now? Check out his adventures at a nude beach: 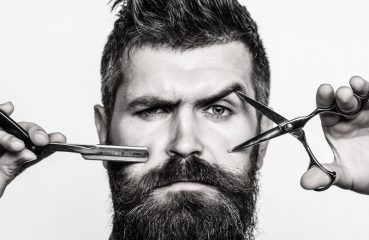 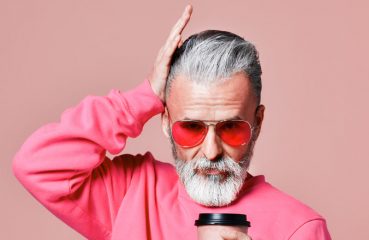