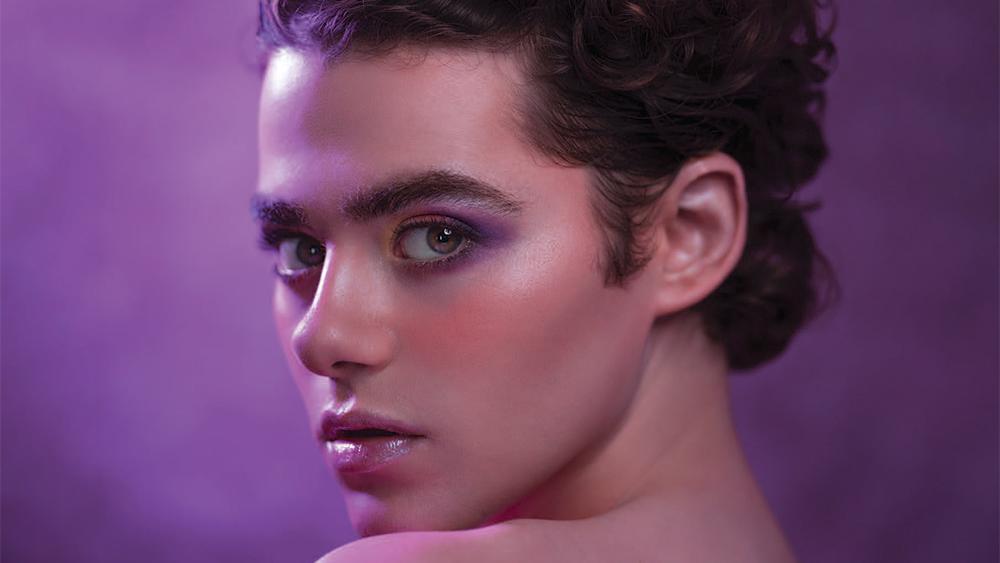 Misha Osherovich is a non-binary actor who was a scene-stealer in Universal/Blumhouse’s FREAKY last year, and who’s now one of the three leads in Peacock’s original YA supernatural drama series, THE GIRL IN THE WOODS. Misha’s character is non-binary as well, and also deals with an addiction past.

In supernatural drama THE GIRL IN THE WOODS, monsters are real, kept at bay behind a mysterious door in a cult-like colony. Teenage runaway Carrie’s job is to guard that door, but when strange occurrences begin to shake the sleepy mining town to its core, she must enlist the help of new friends Nolan and Tasha. The group becomes an unlikely trio of monster slayers, determined to save their loved ones. As they fight back, Nolan and Tasha can’t help but wonder…can they really trust Carrie? Small towns sure can be Hell. 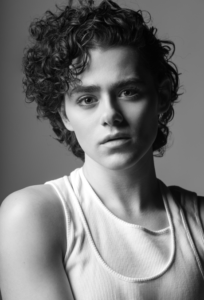 What does non-binary mean to you?

I’m actually really enjoying this question every time I get it because LITERALLY everyone has a different answer to it. For me, it actually means the “anti” and the rejection of my former gender identity. I never felt traditionally masculine growing up, I never felt at home calling myself  “man” and using he/him pronouns. It never deeply resonated with me. I also grew up in an extremely conservative household – so I never had the language to grapple with my queerness. But as I grew up and I started making friends in the queer community and using clothing to express different parts of my gender identity etc., it started to feel so deeply wrong to call myself a man and to go by “he/him” – it didn’t feel like me. Being non-binary for me is not only a rejection of the identity that was forced upon me growing up, it’s also a celebration of the giant gender question mark I love being. It makes me feel literally lighter and more empowered and at home in my body as I move through the world.

Movement has played a big part in your theatre career and studies.  What was it like struggling with an eating disorder while having to be so in tune with your body?

I would actually argue my theatrical movement training and my eating disorder recovery go hand in hand. You can’t successfully pull off a show like Clockwork Orange (at New World Stages) without really respecting your body (as opposed to abusing it.) And as it happens, my eating disorder got so bad that was truly in physical danger when it came to my health. Dehydration, heart problems, etc. So having to be so aware and in my body for my career has taught me the same kind of awareness and respect I bring to my recovery.

What message do you have for your fellow non-binary acting family?

I’d say the message is something that I’m even still learning today, it’s something like this:

You have in your possession an understanding of your identity that is a literal superpower. That feeling of security you were always longing for when it comes to presentation and how you move through the world: you get to write that story for yourself now USING this new superpower. Now that you have your non-binary identity and you’re discovering what queerness and gender mean to you: hold onto it and use it.

Personally, that philosophy has gotten me farther in life in the most gratifying and genuine way than any other declaration of identity. Because now I get to be passionate about ALL of who I am, instead of hiding parts of who I am to fit a mold. I get to be fully me in the casting room, on social media, with my friends and family and I harness that authenticity as my superpower. I hope that other queer and non-binary folks both in and outside of the industry can use that same mentality. 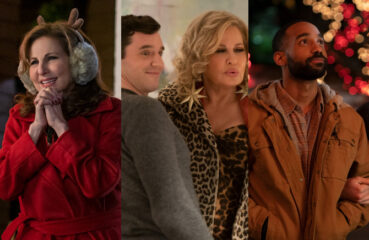 Make the Yuletide Gayer with a Naughty Netflix Sneak Peek

Straight people have been trying to ruin Christmas for centuries. Their off-key caroling and off-kilter fashion choices consistently detract from what is intended to be a... 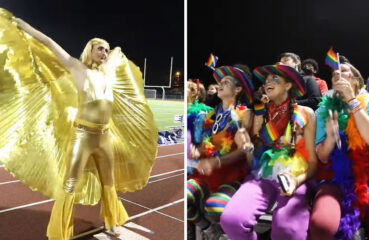 Rainbow Flag on the Play: Drag Homecoming Takes the Field

Home and heart are indelibly entwined. Your upbringing shapes your personality, morality and humanity. The relationship between home and self is reflexive. As you embark on your...