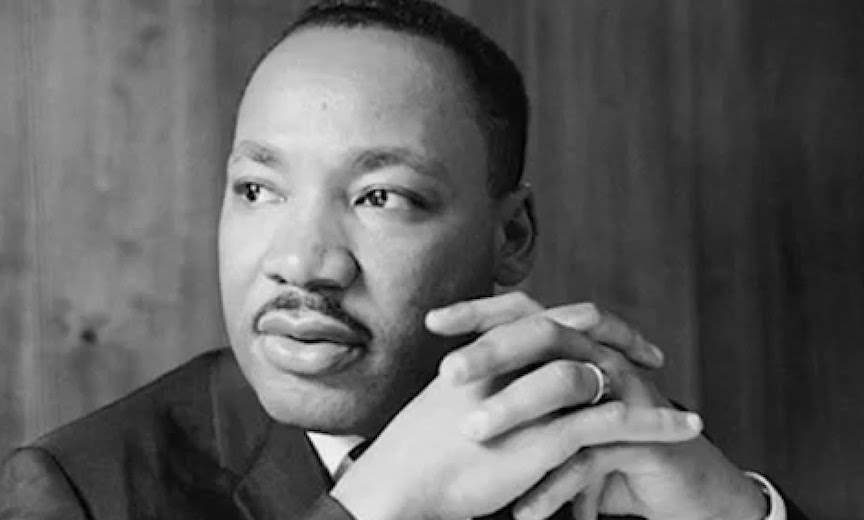 Turning on the TV was the first thing my best friend and I would do after walking through the door after school. Fifty years ago tonight, we learned Dr. Martin Luther King Jr. had been murdered.

He is black. I am white. We were both minorities living at the edge of Texas’ border with Mexico in El Paso. I remember the moment we heard the news, we both turned to each other as if some mess had been made that we’d be blamed for. We shared our “uh-oh” expressions for a long moment. There weren’t tears shed between us, because as preteens, we were either in shock or inured to the violence and social upheaval so commonplace in the ’60s. Five years before that, I had perched on my step-father’s shoulders to wave as President Kennedy’s motorcade rolled past. As I later learned, he planned his fall return to Dallas during that trip.

My best friend Don and I met trading comics in 1964. One of us was a D.C. guy and the other was a Marvel fan, although now neither of us can recall which was which. Because my parents were deep in the grip of alcoholism, I spent as much time away from home as possible. I’d get my chores done and race over to his house around the block and gently tap at his bedroom window. He’d peer out of the curtains from the top bunk, often wiping the sleep from his eyes, then stagger over to the front door to let me in.

Read Next | Twitter Reacts to Death of Luke Perry, Star of “90210” and LGBTQ-Inclusive “Riverdale”

Together, we branched out from comics to sci-fi, including Star Trek and the horridly bad Lost In Space. We read, went to the movies, and listened to records. Lots of records. Not only the Beatles and the Stones, but Aretha and Hendrix, Otis Redding and Sly and the Family Stone and of course, Motown. His mother, who was raising her kids as a single mom, bought a lot of them; not for us, but because she loved it all as well. And sitting right beside them were comedy albums by Flip Wilson and Bill Cosby, who we all thought managed to be funny while remaining squeaky clean. I’d stay until 10 p.m. simply absorbing it all, then come back the next day to do it again. I was around so much that when Don’s mom had company, she’d often introduce me as “the white sheep of the family.”

We’d seen riots on television before, as the inner cities of America burned to protest racial injustice. We watched the flickering black and white images of police dogs and firehoses being turned on civil rights marchers. It seemed to us like transmissions from another planet. We were good with each other. Why couldn’t everybody else see what we saw? Even when I came out in my early 20s, Don and I knew that regardless of skin color, we would be brothers for life.

Now, a half a century later, I ask the same questions of myself silently as I ride the subway home to Harlem. I look at a president who sees everyone as a means to and end. And if you aren’t useful to him, you don’t matter. He’d rather pander to his base defending neo-Nazis and racists than champion the downtrodden, as Dr. King (who was killed in Memphis while there to march with striking sanitation workers) so often did.

Of course, gunmen looking to make a statement these days prefer softer targets than Kennedys and Kings. It’s easier to get around a high school or nightclub security guard than it is the Secret Service. So inn 2018, our leaders are less vulnerable, while the rest of us are exponentially more so.

Read Next | This Is Why the Future Will Be Queer

Last weekend, trains weren’t running to Harlem and we had to slog from the subway to shuttle buses on what seemed to be an endless slog. But, standing on the bus and looking around, I was suddenly reminded of those nights 50 years ago, and wondered what Dr. King would make of us now. He envisioned “a beloved community,” where people were “not judged by the color of their skin, but by the content of their character.” He’d certainly have been delighted to see President Obama’s programs to uplift the disadvantaged among us. He’d have been tickled to see the cultural uproar of a movie like The Black Panther, which gives people of color someone who doesn’t look like Chris Evans to cheer for.

But likely he’d have looked around at the economic disparties between the haves and the have-nots in our society, and the backlash against movements like Black Lives Matter and the March for Our Lives as they petition for common-sense restrictions in our gun laws and shake his head in disappointment.

These same guns — and easy access to them — took Dr. King 50 years ago. And, as Don and I have discussed on many nights since that one, where are people of color, people of less economic means, and people of different sexual orientations in our society now? We are certainly all poorer for Dr. King’s voice being stilled. In one of the finest moments of many, Dr. King is quoted as saying, “No one is free until we all are.”

And while we remain Americans, we are under siege in our own country. 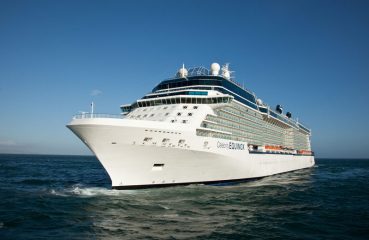 Looking for a completely unforgettable venue? Take the idea of a beach wedding a step further and get married right on the water. This fall Celebrity Cruises... 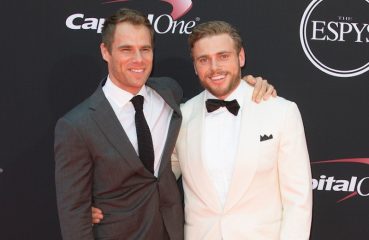 Gus Kenworthy won millions of hearts when he kissed his boo on live TV at the Winter Olympics in February. But it turns out he too is a fanboy....