You’d think the gay dating scene would have become easier to navigate, thanks to apps like Grindr and Scruff: according to Twinking – not so much.

In the world of Steven Townsend Briggs’ darkly hilarious web series, gay dating is still frustrating, confusing and, at times, downright terrifying. One moment he’s meeting a nice gentleman over the Internet. The next, he’s walking through the stranger’s front door to find himself at the mercy of a man with a hardcore pig fetish.

Being forced to oink during sex and destroying his apartment in an attempt to seduce his straight friend are just a few of the misadventures that Twinking creator Steven Townsend Briggs has had to deal with as a gay man, and now he’s bringing them to the internet in a series of five minute episodes — the first five installments of which are available to watch now.

Before you assume that this is some grim cautionary tale, let me reassure you that Townsend is mostly making fun of himself and putting his dating life on blast by telling these stories — in which he does a deft job of mixing humor with enlightening tales about less than ideal circumstances for romance. I was laughing to the point of almost crying within the first 30 seconds of the series’ first episode, “Hetero,” where Townsend attempts (and fails) to sleep with a woman (played by Ashley Bez). As the series progresses — through “Pig Boy,” “How to Seduce a Straight Guy” Parts 1 and 2, and “Coach” — the situations in which Townsend finds himself wrapped up become increasingly more complicated and humiliating.

Twinking is one of those series where the cringe-worthy moments are not only entertaining but also truly reflective of how awkward hooking up can be — in this case, for gay, bi or queer/questioning individuals but also for almost everybody. In documenting these less-than-great moments in dating history, the show lets audiences know they are not alone when it comes to these kinds of encounters. Let’s face it — they can be hard to talk about, and not everybody meets for brunch with their besties every weekend to talk through their latest humiliating sexual experiences.

Best case scenario: Twinking will help viewers accept that dating mishaps can happen to anyone and inspire them to be less ashamed to discuss them. And if that’s too tall an order for a web series that comes in five minute spurts, at least it’s dependably good for a quick laugh. Start cringing now at twinkingseries.com. 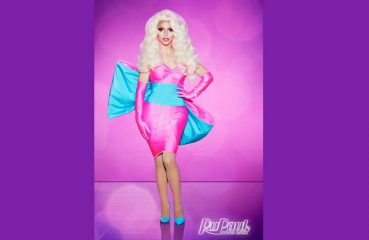 We asked what RuPaul’s Drag Race Season Ten Queen Miz Cracker would snatch from Lady Bunny, and she knew instantly. Reality shows are designed to create drama: the long... 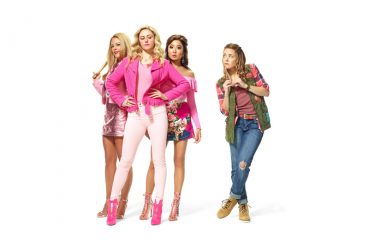