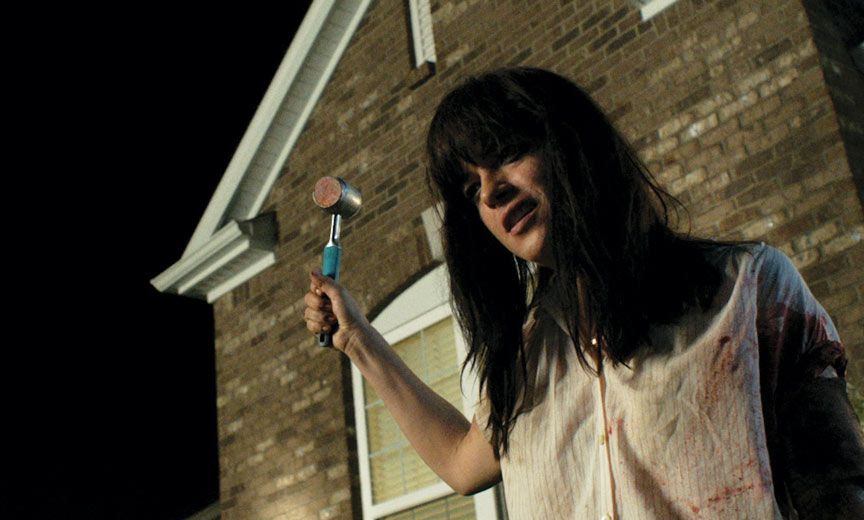 Some films only have a good premise going for them and most need far more than that to succeed. However, the perfectly titled Mom and Dad might be one of those few that gets by on just one deliciously clever idea. The darkly fun premise: For reasons unknown (perhaps having something to do with a mysterious signal hidden within the static on TV screens), parents are being gripped by a powerful desire to kill their own children. It works as an inversion of the parental urge to protect one’s children and plays well as a critique of how kids can be so obnoxious to the very people who’ve given up so much of their own lives and dreams to raise them. Surely every parent who’s had a moment where they’d like to off their ungrateful spawn will gasp and cackle at Nicolas Cage and Selma Blair chasing after their characters’ son and daughter with hammers and chainsaws, or titter with glee as they try to gas their brood to death once they’ve taken shelter in the basement. These darkly hilarious moments — like when the outbreak is just beginning and parents press against the school yard fence like zombies or a row of new fathers staring through high-security glass in the maternity ward with murder in their eyes — are what make the film. And then there’s the entrance of Grandma and Grandpa, but I’ll leave that for you to experience. THE WORD: This film is particularly perfect for Cage, because it gives him the opportunity to do what he does best: completely freak out. Blair is also exhibits some delightful dementia and though the film’s ending is just short punctuation of its premise — after only 83 minutes, that might just be enough. COMING TO: Streaming