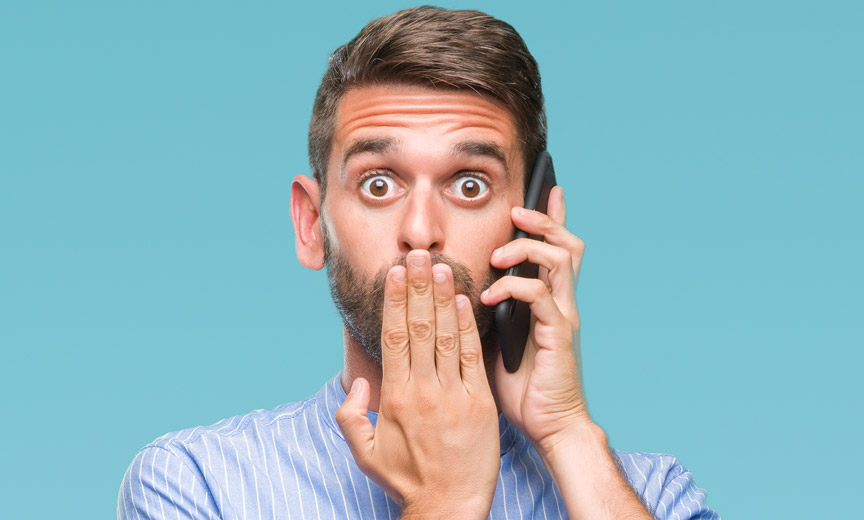 You know what’s not a great time to receive a call that your homophobic Mom has been taken to the hospital? Just as a waitress is delicately setting down a full-to-brimming martini in front of you at a gay bar.

First, there came that moment of urgent panic that people often experience when something bad has happened. It’s as though if we could respond fast enough, we might be able to go back in time and fix whatever has gone wrong. In fact, I remember instinctively jumping to my feet. I nearly spilled the cocktails I’d been sipping al fresco with friends in the West Village.

By that point, my mother had already been helped by both her own quick thinking and her then-neighbor, Joe. When she began to feel the effects of the heart attack, she managed to stumble out into our front yard. There Joe had noticed her in distress. He called medical help for her as quickly as possible. And he stayed by her side until the EMTs arrived.

My second reaction was fear. But this was not fear about my mother’s health or that I might not reach her in time to say goodbye. This was pure, unadulterated fear of returning home. After many years of feeling like an outsider in my suburban NJ community, I had moved to NYC and begun to blossom in new and different ways.

When I moved to NYC, I could finally be openly gay and was almost constantly surrounded by people who knew that I was. (It has been said that anyone who could see and hear always knew that I was.) Though my apartment was admittedly unglamorous, I knew that I was free to bring a guy home (if I ever found one who would come). That would not have been okay with my mom.

Sure, my budget was strictly limited, but nobody judged how much of it ended up in the cash registers of boy bars. I knew my mother would have. NYC’s crowded streets and constant subway thrum sounded like freedom compared to the loneliness I’d left behind in the land of lawns and culs-de-sac.


How, I wondered, had my mother had managed to take me away from all that in a heartbeat (or lack thereof)? Could this be part of some master plan to do so? At some level, I was aware that I was not feeling things one is supposed to feel when one’s mom has a heart attack.

Instead, I was flashing back to years of pain and judgment and suspicion. These were feelings I thought I’d left far behind. I tried to collect myself and explain the situation to my friends, who were surprised but supportive. I briefly considered leaving the drink on the table. Instead, I brought the glass to my lips and drained it in one long painful gulp.

It didn’t help. Much.

I followed the instructions I was given and got on a train to Jersey. One of my mother’s friends picked me up at the station in a minivan. I wondered if she could smell gin on my breath. And I wondered if she knew what was going through my head. I provided ID at the hospital entrance, wondering why they make people stop for such bureaucracy in the middle of an emergency. Eventually, I found my way through labyrinthine halls to her room.

And there she was – looking more pale and tiny than I had ever seen her. There was a tube in her throat and machines that were whirring and beeping. And suddenly I was feeling the things I’d expected to feel all along. This, after all, was my mommy, who sang to me and studied with me and hand-sewed my costumes for school plays. All that fear of going home melted away. But it was replaced by a new fear — that she wouldn’t wake up.

I sat by Mom’s bed and held her hand. I talked softly to her even though she was unconscious. Finally, she opened her eyes. At first she looked alarmed — both by the breathing tube and the fact that her son seemed to have somehow appeared from the next state over.

“Don’t try to talk,” I said. “You’re going to be okay. I’m here.” And I knew that, no matter what else I’d felt earlier, in that moment — I was exactly where I was supposed to be.

Read Next | Have You Met the Grinch? He Could Be Me, Says Metrosource Editor Paul Hagen

My mother would never quite be the same. In the years following, she would face other health challenges. Some were related to the heart attack. Others were their own sneaky beasts. But in the course of healing from these challenges, we began to heal, too. The long conflict about homosexuality that had separated us gradually faded.

Years later, when Mom had a stroke, my then-new-boyfriend drove me to see her. He waited respectfully in the hall as I entered her room. She asked me to bring him in. Though her health was compromised, she did not want to miss a chance to meet the man in my life. My mom was finally the woman I could bring a man home to (or at least to the hospital to) meet. It was as though she wanted to give us her blessing just in case.

I am happy to say that, many years later, that man is my husband. My mom is still alive and kicking. And she walked me down the aisle at our wedding.