Move Over, Cardi B – WAP Gets Gay 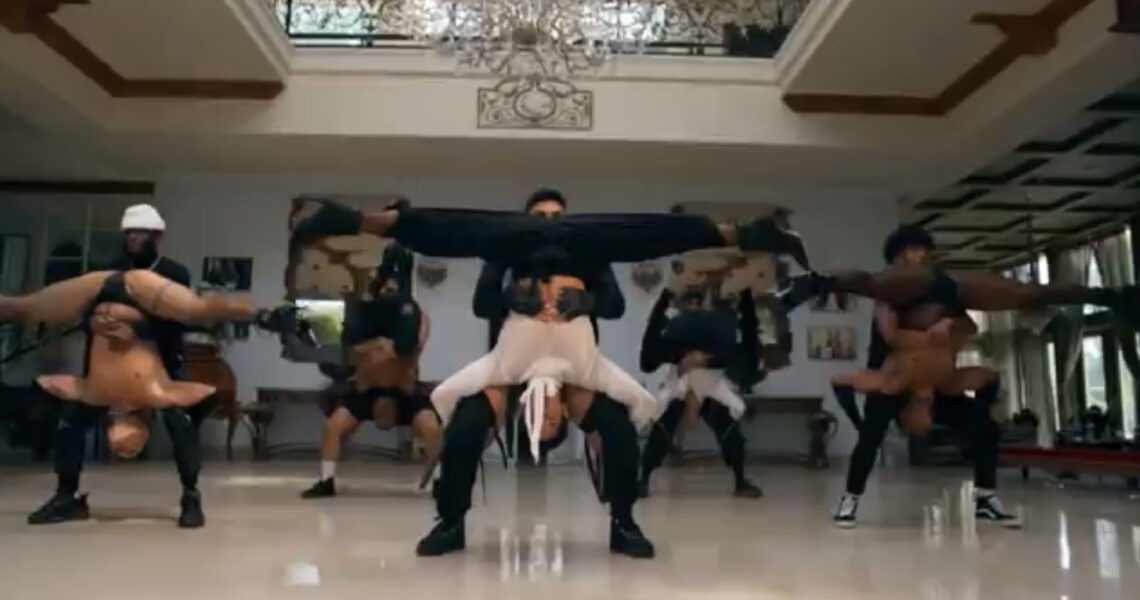 Citizen Kane… Lawrence of Arabia… Wet-Ass Pussy. These are the benchmarks of classic entertainment, served up hot and nasty. And who understands entertainment better than the gays?

The video is instantly iconic, featuring a Technicolor mansion that must be seen to be believed. It has tigers in the foyer, projectile breast fountains in the courtyard, and gold-plated doorknockers shaped like ample booties. The decadence culminates in a Willy Wonka factory of gyrations, populated with sex workers and plenty of moisture.

WAP has inspired TikTok imitations and spoofs galore, but they all need to take a knee to the undisputed Kween: Mac Daddyy.

Sunshine Papi! ☀️ This was one of my favorite looks from my summer campaign shoot! 🙌🏽 @makeupbygilly slayed this look using Cultura (yellow) on my eyelids with Fuego & Sensual in the crease from my Caliente eyeshadow palette and Peepshow #DiamondLipTease on my lips. My #CalienteSummer collection is available right now on ArtistCouture.com and coming to Sephora.com on 8/4! #ArtistCouture ___________________________________________ Hair @edson_doeshair Grooming @juliansaluta Brows @lilymaldonadobrows Wardrobe @bryanhearns Photo @vicovelezphotography Retoucher @kasumshaffi

Also known as Angel Merino, this self-described “beauty influencer” is way more than an Instagram sensation; he is a force of fierce nature. He collabs with Nicole Kirkland to put the #FAB in #WAP. Their gay adaptation cranks the original Cardi/Megan vocal track, but creates an intoxicating visual tableau all its own.

WE DID THIS ONE FOR THE CULTURE! There are so many layers to gay men… it is not a one glove fits all! Angel and I wanted to represent the beautiful diversity found within the LGBTQ+ community! The rugged, the femininity & everything in-between. • Song: “Wap” – @iamcardib @theestallion TAG EM! Created by: @mac_daddyy & MYSELF! Directed/Edited by: @therouxmedia Lead choreography by: ME Asst. choreographers: Anthony Garza, Yai Ariza, Keegan Hill & Ángel Merino @btmbehavior @walker2lit @ink_la @howardjohnson_ @dariushickman_ @josephpineapple @yai_ariza @alekzsamone @July_0724 @keeganjhill @bobbynewberry @anthonybabygarza @aryandavenport #Wap #Cardib #megantheestallion #dance #gay #men #heels

FADE IN: A troupe of gender FLUID dancers strut into the manse clad in leather and lace. Whether they were born with vaginas or not, they’re poppin’ ‘em liberally. A shirtless janitor hoists a mop to illustrate just how wet the proceedings have become. In one climactic moment of the action, a bald drag queen jumps into the air, spins effortlessly, hovers impossibly, and finally lands in a death drop for the ages.

It is fitting that this LGBTQ tribute preserves the hit song in its entirety, because the lyrics are custom made for a queer sex romp. “If he ate my ass, he’s a bottom feeder” sounds perfectly in tune with the writhing S&M shenanigans of the hardcore dance krew on screen. “I wanna gag, I wanna choke, I want you to touch that li’l dangly thing that swing in the back of my throat.”

If you weren’t wet before watching this gorgeously gay iteration of WAP, you’re in for a deluge. Bust out the hand towels and feast your eye sockets on some raw realness… 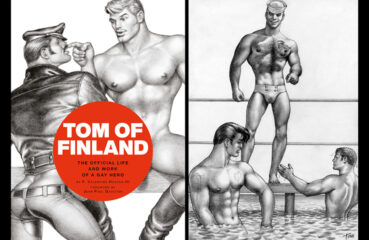 Tom of Finland (born Tuoko Laaksonen, 1920–1991), was an iconic and ground-breaking artist who rose to cult status in the international queer community and beyond for his work...

I’d Like to Keep It On, Please: How to Safely Engage Sexually During the Pandemic