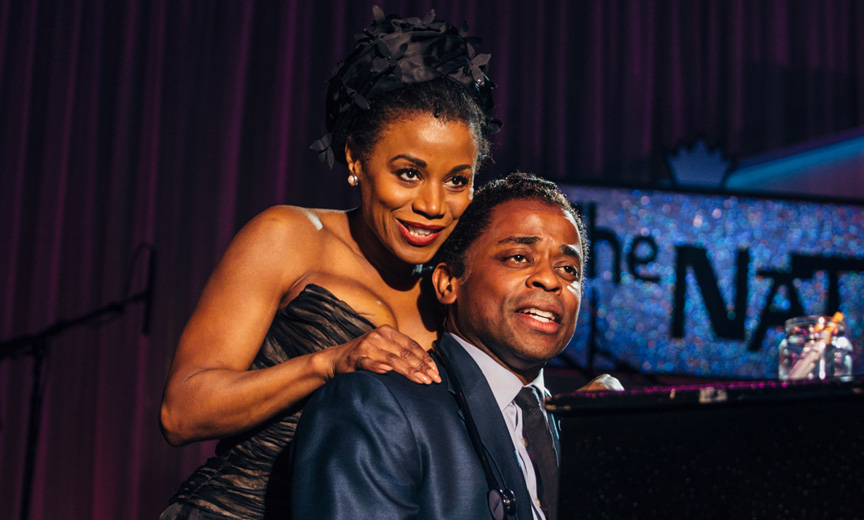 It’s the final night of Nat “King ” Cole’s variety show, and Dulé Hill is playing the star on stage like you’ve never seen him before.

Lights Out: Nat “King” Cole offers a glimpse behind the cool façade of an American musical icon.

Written by Colman Domingo and Patricia McGregor, this imaginative, stylized play takes place the final broadcast of Cole’s variety series (the first to be hosted by an African American). It features 19 songs from the singer’s catalogue.

The year was 1956 – the era of Doris Day and Rock Hudson – when celebrity images were carefully curated to conform. And while Cole’s success suggested a growing public acceptance, racism prevented him receiving respect afforded his Caucasian peers. Racism also presented a major obstacle to his variety show finding a national sponsor – which ultimately led to its cancellation.

He may have been best known for coolly crooning classics like “The Christmas Song,”“Nature Boy” and “Mona Lisa.” However, here the writers focus on the racial tightrope Cole was forced to navigate at a time when segregation was the law.


The Candy Man Can

Perhaps most striking is the use of Sammy Davis Jr. as a comedic foil to the straight-laced Cole.

Dulé Hill (of Suits, Psych and West Wing) delivers a multi-faceted portrayal of Cole. It encompasses his public persona but also offers a glimpse behind the exterior. For example, we see him bristle at the network’s insistence he constantly reapply powder to lighten his skin tone.

Daniel J. Watts brings a kinetic energy and funhouse mirror edge to the role of Sammy Davis Jr. This is a stark contrast to Cole’s genial, placid demeanor. Although Lights Out was originally intended to be a play with a few songs, that number grew to a whopping 19 (though I did not understand why some were spoken rather than sung). This certainly raises the entertainment quotient, particularly with stellar vocals provided by actresses playing Eartha Kitt, Peggy Lee and Betty Hutton.

One of the most riveting sequences is a tap dance number between Cole and Davis to “Me and My Shadow.” Though Cole was not known for his dancing, the dance-off proves a potent metaphor. It’s great showmanship but also drives home how these two men dealt with discrimination in their lives and careers. The audience is captivated watching two gifted performers tap their hearts out. But we also see it as an all-consuming effort to gain acceptance from a country that viewed them as second-class citizens. It could be argued that Cole, whose career peaked a good decade earlier, paved the way for Sammy. Though he was not as outspoken, Cole’s mainstream success was a bridge toward acceptance.

Meanwhile, Behind the Scenes..

Behind the scenes, Sammy pushes Cole to take a stronger stand against racism. It’s hard to say whether this was based on fact. Cole eventually shows some backbone when he stands up to (and fires) his manager. The writers also layer in real details from Cole’s life, such as when he famously said about his variety show’s inability to attract a national sponsor: “Madison Avenue is afraid of the dark.”

Lights Out features many of the performers who appeared on Cole’s variety show, from Eartha Kitt to Peggy Lee. Gisela Adisa is a standout as Eartha Kitt. Ruby Lewis is also very effective as Betty Hutton and Peggy Lee. Meanwhile, Zonya Love supplies powerhouse vocals as Nat’s mother, Perlina.

While there is much to laud about this unique spin on Cole’s public life, there are aspects of the play which missed the mark. Notably, toward the end of the play, Cole and company presenting a dark and bizarre spin on “Twas the Night Before Christmas” which somehow leads to murder. There was a particular line that seemed meant to drive home a point because it was repeated. The line was: “Don’t bother to answer the knock at the door, because if you kill me now, there will be 10 more.” The writers seemed to be making a point about racism but it didn’t congeal for me meaningfully.

Ultimately, the playwrights and the company deserve credit for taking risks with the material. Though certain parts left me perplexed, the production as a whole got under my skin in a way that gave me plenty to reflect upon long after the final curtain.

Lights Out will play the Gil Cates Theater at the Geffen Playhouse through March 24. Check out Steve Gottfried’s review of Betty Buckley in Hello, Dolly!. 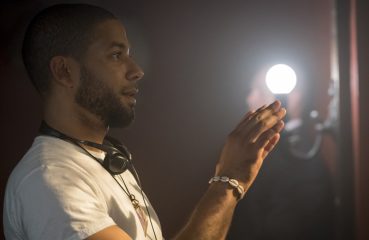 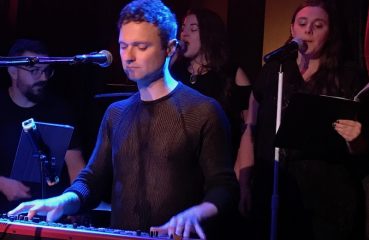