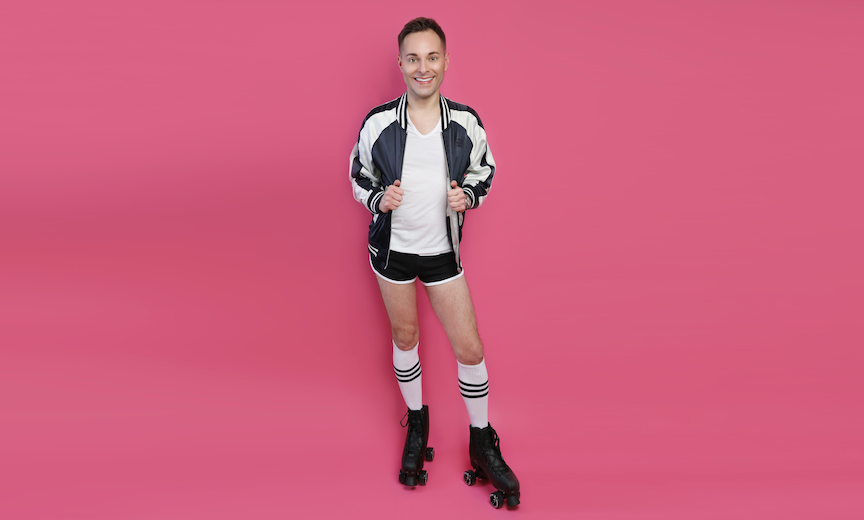 Bette, Bernadette, Babs and Diana. They’re all on the Mount Rushmore of gay icons. Why isn’t Linda Ronstadt among them?

Ronstadt gets her due next week as NYC recording artist and singer Travis Moser brings a troupe of talented locals to the stage for Just One Look: the Songs of Linda Ronstadt. The show is one night only at the Green Room 42, but Moser says the evening will be one heartfelt love letter to All Things Linda.

“She’s the first singer I can think of who actually stopped her pop career at the height of her fame to take on a Broadway role,” Moser says. “And from there, she branched out into standards with (conductor and arranger) Nelson Riddle. I think she’s vastly under-appreciated, especially by people of my generation. This show is going to try to change that.”

Indeed, Ronstadt was one of the most daring vocalists of the last century, and during the 1970s and ’80s, nothing seemed beyond her grasp. She began as a country rock singer, scoring chart successes with “Different Drum” and “Long Long Time.” But in 1975, she switched labels and embarked on a hard-driving series of pop rock albums. She released a string of Top 10 hits, including memorable covers that ranged from Buddy Holly’s “That’ll Be the Day” and Smokey Robinson’s “Tracks of My Tears” to nuanced renditions of Elvis Costello’s “Alison” and the Karla Bonoff evergreen, “Someone to Lay Down Beside Me.”

Her love life often made headlines, too. Among her boyfriends: California Governor Jerry Brown and Star Wars mastermind George Lucas. “But,” Moser interjects, “for all the success she had — including 10 Grammy Awards, Country awards and an Emmy, she said she didn’t really learn to sing until 1980. And her growth from there was incredible. Her voice is just such a theatrical instrument you can’t help but be drawn to it.”

Just One Look, he explains, “really covers the gamut of her career. “We present some of her pop hits like ‘Heat Wave’ and Neil Young’s ‘Love is a Rose.’ But we also wanted to put some things in from later in her career just to show what an astonishing breadth of range she had.”

Ronstadt retired in 2011 after being diagnosed with Parkinson’s disease and says she’s no longer able to sing at all. But the work she left behind — including a stellar pair of albums with Dolly Parton and Emmylou Harris called “Trio” — have left their mark across the strata of music.


“So when it came time to put something together this ambitious, I wanted to turn to some of my favorite cabaret performers,” Moser explains. “One is Molly Pope, who is a mainstay of the cabaret circle. She’s done Our Hit Parade at Joe’s Pub, and when The New York Times did a feature on her, they referred to her as a downtown diva. She’s reknowned for her lofty cool renditions.”

Taking on Ronstadt’s more in-your-face rockers is Cathy Cervenka, who delivers “How Do I Make You” from the Blondie-inflected 1980 album Mad Love. “Cathy produces Madonnathon at Brooklyn Bowl, which is now in its 15th year,” says Moser. We also have other guys in the show besides min including Daryl Glenn and Jack Bartholet, who’s doing this great song called ‘Colorado.'”

Read Next | These Are Our Best LGBTQ Writers, According to the Lammy Awards

According to Moser, most of the show’s charts had to be written from scratch because so little sheet music could be found anywhere. “It’s been a real labor of love though,” he says. “Drew Wutke, our pianist and musical director, did all the arrangements and he brings something special to each one.”

Just One Look: The Songs of Linda Ronstadt is a one-night-only event at The Green Room 42. For more information, head to the venue’s website. 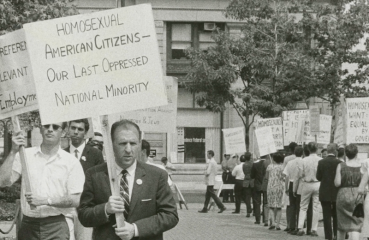 The Lavender Scare belongs on the shortest list you’ll ever make of must-see LGBTQ documentaries. Not only does it include footage that is hard to find elsewhere, but the... 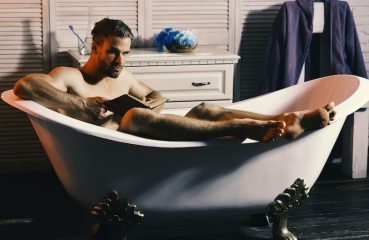 The winners of the 31st Lambda Literary Awards — also known as the Lammys — were feted at the Skirball Center in NYC last week. In addition to two dozen book award winners,...