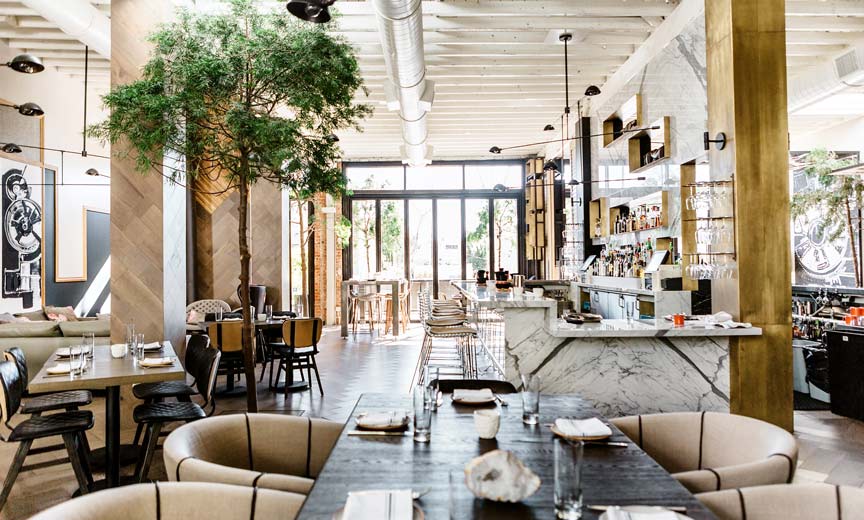 A beloved watering hole gets a gourmet makeover.

When O-Bar closed, WeHo mourned the passing of that cherished watering hole — with its slightly more sophisticated vibe than the rowdier bars farther down the Santa Monica strip. It was replaced for a brief stretch by the ill-fated piano bar Don’t Tell Mama, which shuttered a little over a year after its opening. In its wake, there was a void — as though everyone was holding their breath and waiting for something new and innovative they could get behind.

Finally, the space was resurrected as the laid-back but gourmet restaurant Norah (8270 Santa Monica Blvd., norahrestaurant.com). It was created by Mumbai restaurateur Rohan Talwar, with chef Mike Williams (formerly of The Tasting Kitchen) overseeing the menu. The interior design is by Thomas Schoos, who also outfitted O-Bar. Familiar Schoos touches include indoor trees, a hodgepodge of seating choices, industrial-chic elements and cozy corners.

Food service has expanded onto the former outdoor patio and is fronted with floor-to-ceiling windows — allowing natural light to stream in and patrons to do some prime boulevard people watching. These windows open in fair weather to create an indoor/outdoor feel that brings the energy of the boulevard right into the restaurant.

The centerpiece of the space is a massive bar that seems to have a dual personality: The front half is white marble, which reflects light and creates a roomy and airy ambiance. The back half is clad in black stone and conveys a more subdued sensuality. Speaking of the bar, the beverage program was crafted by Australian barman Hamish McShane. Among its specialty cocktails, the “Fuschsia Fizzle” is a refreshing apéritif — with gin, fino sherry, ginger, raspberry, lemon and soda; while the “Stoned Fruit” is a smokier concoction made from mezcal, pear, apricot, cardamom, lemon, lime and heated bitters. The wine list, meanwhile, is mostly focused on France and Italy.

Williams’ menu is an eclectic mix of influences ranging from the American South to the shores of the Mediterranean to the street markets of Southeast Asia. Like many an LA eatery these days, the menu aims to source ingredients locally and seasonally; so both change fairly frequently. Still, you’ll find some reliable favorites on the menu year ‘round. Come on your carb cheat day so you can try the cast-iron cornbread served with finger-licking-good rosemary honey butter. The cauliflower popcorn takes something healthy and makes it deliciously naughty — battered as it is in rice flour and served with savory chickpea tahini.

The fried hominy cakes, dense and earthy, arrive topped with dollops of avocado mousse, fermented chili, cilantro and little radish slices for crunch, while the lamb meatballs were a nod to the Middle East, served with lemony sumac yogurt and herbaceous zaatar.

One eye-catching salad had heirloom tomatoes, whipped ricotta, cannelini beans and grilled onions; another was a savory-sweet combo of peaches and arugula tossed with crispy quinoa, mint and marcona almonds.

Among small plates to share, the uni butter-poached shrimp with smoked tomato and scallions was a deliciously filling taste of the sea. The hand-torn maltagliati pasta with smoked ham, sage and porcini mushrooms in light cream sauce was smoky and rich, like an upscale carbonara.

The grilled section of the menu focused on bigger proteins prepped on a custom wood-burning grill. Wild king salmon was served medium rare, its pink flesh flaky and moist. It was dressed in tarragon aioli and came with a smoked corn-potato salad. Prime ribeye with tantalizingly bitter horseradish crème fraîche and paprika butter was succulent and juicy in a portion big enough to feed a platoon.

Don’t feel like making decisions? Opt for the chef’s tasting menu at $65 per person (with wine pairings set at an additional $35 each). But you can still have your own input by telling your server what stood out to you while perusing the menu.

Wed in the World: Taking the Good with the Bad

Good news for Massachusetts and the Cherokee offset struggles in Arkansas and England. ARKANSAS The Arkansas State Supreme Court threw out a ruling that would have allowed married... 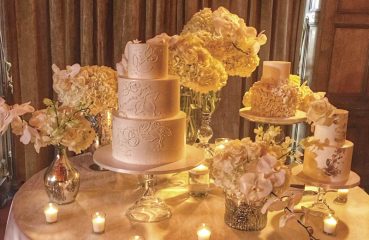 When it comes to style, the South conjures up images of stately old mansions, decadent food and music you can dance to — all ingredients that contribute to a great wedding. But...