What’s It Like to be Imprisoned and Gay? Unlocking LGBT Life Behind Bars 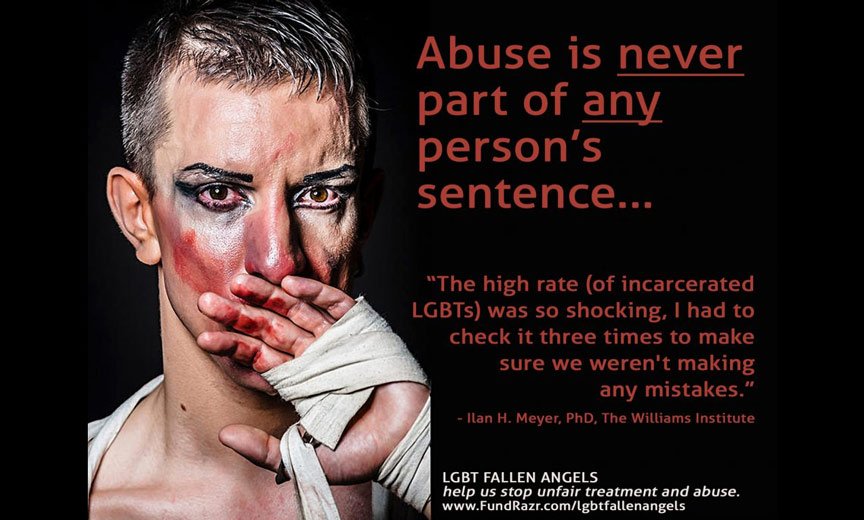 Rarely is someone of Rich Dyches’ stature charged with murder: a 45-year-old professional with a doctorate and a distinguished author with a national reputation in his field. Housed inexplicably for most of the last 21 years in Menard Correctional Center (a maximum-security penitentiary for violent criminals in Illinois), he was offered outrageous unscrupulous “deals” to walk free during his trial.

A noted gay author, playwright and former psychologist, Rich, now 66, was coerced into accepting a plea for a murder he did not commit in 1996 and sentenced to life in prison without parole. The media reported his being gay as if it was a crime in itself. The father of two children, he was a respected professional and first-time offender. An attorney familiar with the case said, “Dyches was sentenced for the wrong crime.” The state’s attorney, overzealous in attempting to win a prized verdict, tacked on armed robbery and kidnapping with ransom.

Neither charge was mentioned until sentencing nor were they committed. Dyches was overstressed in a demanding job, a gay parent in an unhappy, dysfunctional heterosexual marriage, suffering chronic health problems, and constantly pressured by a business associate for an unwanted sexual relationship. The stress pushed him over the edge. He was not present when his associate was murdered. The court-assigned psychiatrist vacillated on whether Dyches was “fit to stand trial.” He lost everything: family, profession, reputation and will to live. Judge Michael Bolen said it was a sad day to sentence Dyches to life in prison because what happened was clearly “over his head” and he had lived an outstanding life touching the lives of millions of people with his work.

A recent report released by the Williams Institute at UCLA School of Law found that the incarceration rate of LGBTs like Rich is three times the rate of the general population, and once incarcerated they tend to experience more mistreatment and sexual victimization including verbal, physical and sexual abuse. They are also more likely to experience solitary confinement and other sanctions, suffering psychological distress. Help by mental health professionals is regularly denied by the command staff.


There are few people in the world more alone than LGBTs who have been incarcerated. Many have been disowned by their families even before their convictions. The National Alliance for Prisoners’ Rights( NAPR) has spoken with inmates who’ve been raped repeatedly, taunted and harassed daily, denied protective custody or denied health care for life-threatening conditions. In one case, heart medication was delayed for almost three weeks. One gay inmate reports having the word “fag” written on his forehead by staff while restrained. Another has had his mail destroyed, his food and water spat into by staff, and was written up on a false reprimand, then put into solitary confinement. Even within juvenile detention facilities, 20% of gay and bisexual boys and 7% of lesbian or bisexual girls report sexual assault, not only by peers but by adult staff. Gay inmates have been deliberately celled with aggressive homophobic inmates as in the case of Rodriguez Burks, who was just nine months away from parole when he was killed by his cellmate while guards ignored his pleas for help.

The cases are truly heartbreaking.

Many people are justifiably outraged over the violations of human rights against LGBTs in Chechnya and other countries. Yet LGBT prisoner abuse runs rampant under our very noses here on American soil. Shouldn’t we be JUST as upset about that? The National Alliance for Prisoners’ Rights is, and wants to do something about it.

NAPR’s work is two-fold. First, they want individual LGBT inmates to know they are not alone. NAPR’s efforts will go to help LGBT inmates like these and others, such as Rich Dyches, whose whole story is chronicled on www.lgbtfallenangels.com .

Second, NAPR is trying to shed light on the broader problem of LGBT abuse in American prisons. While some of our nation’s institutions have begun treating LBGTs respectfully as human beings, many in the criminal justice system do not, such as what Rich and others experience in Illinois.

There is an epidemic in America that is costing millions of people their lives and all Americans billions in wasted tax dollars. This epidemic is a rampant “justice” system which has rolled out of control. The U.S. has the highest incarceration rate in the world – more than Russia, North Korea and China combined; more than Mexico with its well-known violent crime and drug cartels. Even more than Iran or South Africa at the height of Apartheid. With only five per cent of the world’s population, the U.S. holds more than 25 per cent of the world’s prisoners – more than 2.3 million people. Over seven million are on parole or probation. One in every 33 people is under state control and the number is growing. It has become a huge moneymaking business with the privatization of prisons whose stock is traded on Wall Street! That is a huge incentive to keep prisons full. LGBTs make up a disproportionately large number of those prisoners and endure much more abuse.

Despite an impeccable prison record, Dyches continues to be held in Menard and continues being abused and harassed for being gay. His contributions include the co-founding of a nonprofit organization to advocate for prisoners’ children, writing books which are given to children by various nonprofits, a nationally acclaimed play about the impact of incarceration on families (performed at the Kennedy Center in Washington), a well-received book for men who have been sexually assaulted, and many other books including behavioral courses for inmates, peer-reviewed articles, religious courses, an award winning children’s religious book and many other works; he has even served as inside counsel to political candidates. These are very positive actions his sentencing judge told him to undertake, yet IDOC is not supportive of it. Dyches was sexually assaulted in prison. His abuse continues. All his property has been damaged or destroyed. He is denied all jobs despite his stellar resume and behavior record. He has been denied protective custody and transfers despite being recommended by the Federal Prison Rape Elimination Act (PREA) auditor and mental health counselors. PREA simply does not work in prison. Simple requests are ignored and formal requests and grievances destroyed. One rogue sergeant asked to see Rich’s books for prisoners’ children’s charities and destroyed them. Even the state investigator said he could not understand the treatment.

“We were shocked when we read the recent 2017 report concerning the LGBT arrest rate and the much higher incidence of abuse,” remarked an NAPR spokesman. “It’s remarkable that as a nation, we are rightly appalled by LGBT abuse elsewhere, such as the Chechnya tragedy, yet we ignore abuse under our very noses here in our own prison system,” he added. “We have launched LGBT Fallen Angels, an awareness and fundraising effort through FundRazr (www.fundrazr.com/lgbtfallenangels) to help inform people and raise funds. Abuse is never acceptable. Abuse is never part of anyone’s sentence.”

To get more information as well as to read Rich’s entire story, learn how to contact him, and find out how you can help, visit the fundraising page or go to www.lgbtfallenangels.com

Don’t miss our next great Gay Voices piece — sign up for our newsletter.
Tell Us What You Think in the Comment Box Below
[elfsight_youtube_gallery id=”2″] 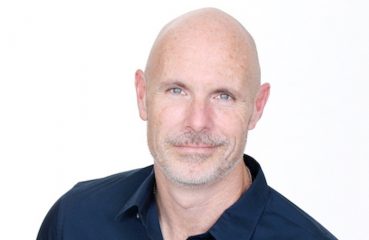 How My Generation Needs to Do Better by Gay Youth

When my nephew (and godson) came out to me several years ago at age 18, he thanked me for the sacrifices I made as the first out gay person in our family, and for making it so he... 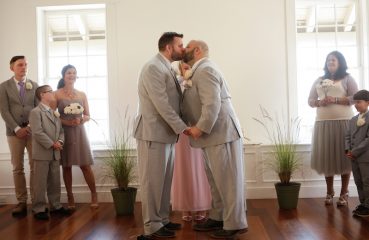 Days before Thanksgiving, on November 21st, I received a text from my husband to meet him at his job as soon as possible. The news we received was devastating. The diagnosis:...