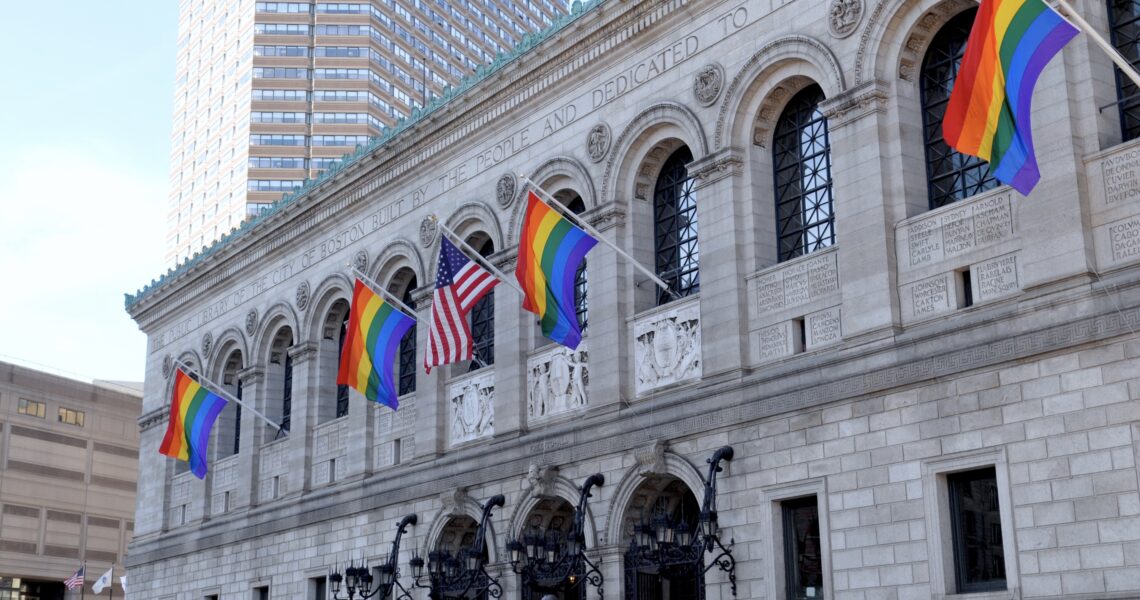 For everyone who went to school in Boston and treated the city like a campus, a return to the Hub can feel like an alumni reunion: everything is the same and yet everything has changed. A walk around the old neighborhood, turn a different corner, you keep running into your youth, partially because Boston remains forever young. With more than 40 colleges and universities in the metropolitan area, there’s an endless stream of students and an ongoing hustle in the Hub.

My godfather was a Bostonian who grew up on the back side of Beacon Hill, and to his mind, Boston was always enjoying a renaissance, a word he pronounced to highlight its French derivation, with an emphasis on rebirth. And speaking of a renaissance, remember when the Ritz-Carlton Boston was where you went to meet your grandmother or your socialite aunt when they came to town and invited you for tea?

Housed in that imposing 18-story building alongside the Public Garden, the Ritz-Carlton Boston was the most redoubtable hotel in America, notable for its impeccable service and waitstaff in white tie. A profusion of fresh flowers in the lobby, culinary arts by Escoffier in the dining room – and everywhere, pinkies up. Everyone partied there, ever since its 1927 opening during the Roaring Twenties. The hotel’s guest register read like an extension of Who’s Who. Tennessee Williams revised A Streetcar Named Desire while in residence. Rodgers & Hammerstein wrote music in their suite. Count Basie and Duke Ellington played on the rooftop.

Well, as the French say, plus ça change, plus c’est la même chose – and in keeping with Boston’s youthful spirit, that beloved hotel, one of the city’s most iconic architectural landmarks has been reborn as The Newbury Boston. To the delight of locals and Boston Brahmins, the bones and the pedigree have been retained amidst a multi-year restoration that has transformed this grande dame into a vibrant, white-hot hotel.

With interiors by Champalimaud Design and Jeffrey Beers International, as well as a new entrance onto Newbury Street, the 286-room luxury property welcomes guests into a jewel-toned lobby with black marble floors. Fireplaces have been reclaimed and a private Library Lounge for hotel guests has been outfitted in emerald green and cobalt blue velvet. A shimmering porcelain chandelier mirrors the leaves of a gingko tree, a symbol of the hotel’s longevity. Accents of red pay homage to Winston Churchill, a guest for whom the hotel reupholstered his suite in his favorite color. Most pleasing for tipplers, the hotel’s Street Bar has become a sleek and elegant speakeasy serving classic cocktails, including the signature martini.

Back in the day, the Roof at the Ritz was home to big bands like Benny Goodman, Tommy Dorsey, the Count, and Duke. The kind of place where Auntie Mame would grab hold of your shoulders and remind you that life is a banquet. If you’re fortunate enough to arrive at The Newbury Boston during the ‘blue hour,’ then take the elevator straight to the rooftop where Contessa reigns. 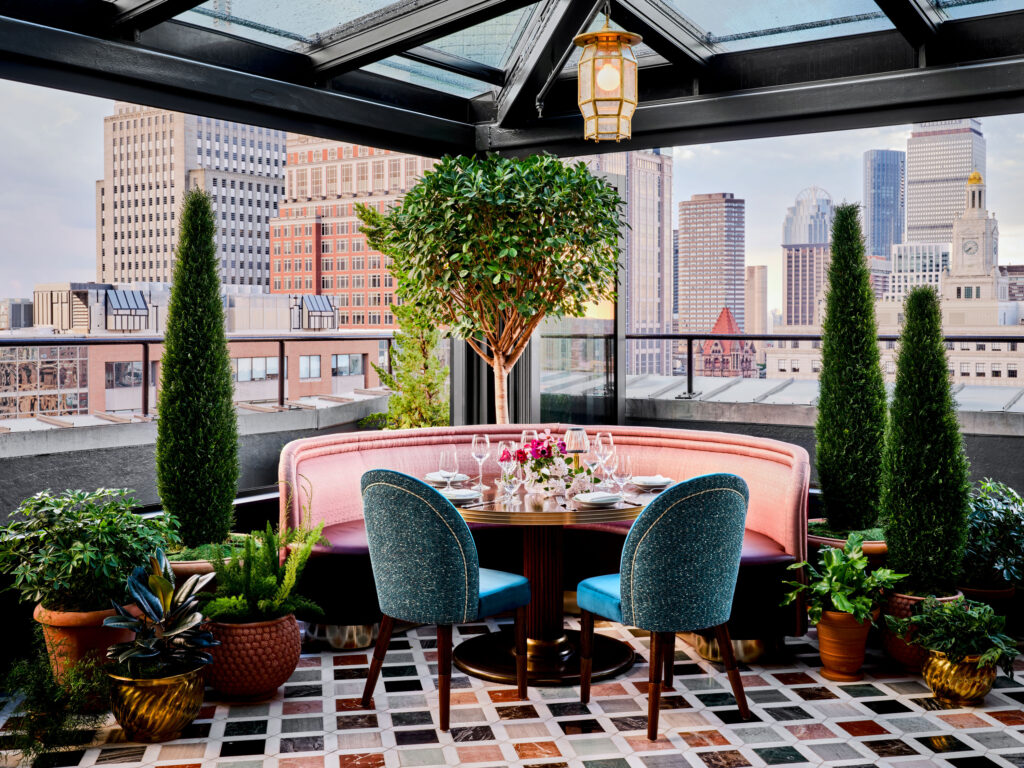 You should know that Contessa is made for entrances, and fortunately, there are two: one for hotel residents, another for guests. No matter your point of entry, you’re guaranteed a sense of arrival at this rooftop restaurant that feels like an amalgam of a Gucci fashion shoot and a film by Fellini. With breathtaking views over the city and a cast of characters that reminds you how cosmopolitan Boston truly is, Contessa recreates “la dolce vita” that defined Rome’s Via Veneto during the heyday of the jet set and the paparazzi.

Opened by Major Food Group, the masterminds behind numerous Manhattan, Vegas, and Hong Kong hotspots, Contessa reclaims this Boston rooftop that was so popular during the Big Band era. With a glass roof and retractable panels for al fresco dining, the grand trattoria evokes a conservatory in the sky that is as alluring in the sunshine as it is during the night. Regardless of when you sink into Contessa’s embrace, an order of squash carpaccio is all but mandatory, as is the signature Crema de Boston, a revamped Boston cream pie that layers custard and chocolate ganache with whipped Italian mascarpone, all blanketed in chocolate shavings. For a post-prandial constitution, nothing beats the Public Garden, which is right outside The Newbury’s front door.

The nation’s first public botanical garden was established in 1837, right alongside Boston Common which was created in 1634 as America’s first public park. Surrounded by a Victorian cast-iron fence, the garden includes a six-acre pond where the swan boats have operated for over a century. No visit to the Garden is complete without paying respect to the bronze ducklings inspired by Robert McCloskey’s famous children’s book Make Way for Ducklings. For those in search of additional greenspaces, Boston’s Emerald Necklace is a series of nine parks comprising 1,100 acres, all connected by parkways designed by Frederick Law Olmsted.

At the top of the Common, directly across from the Massachusetts State House stands a bronze that author Henry James termed “real perfection.” Dedicated to the abolitionist Robert Gould Shaw, the memorial was completed in 1897 by the sculptor Augustus Saint-Gaudens who worked for 14 years to render the faces of every soldier, all of whom are Black.

Just beyond the State House beckon the signature red doors of 10½ Beacon Street, home of the Boston Athenaeum. Founded in 1807, the Athenaeum quickly became the center of intellectual life in Boston and one of the largest libraries in the States. As a student in Boston, I often frequented the Fifth Floor Reading Room where, in fits and starts, I wrote a graduate thesis while gazing down onto the Old Granary Burial Ground where lie the bones of Paul Revere, Crispus Attucks, John Hancock, Samuel Adams, and other Revolutionary-era heroes. 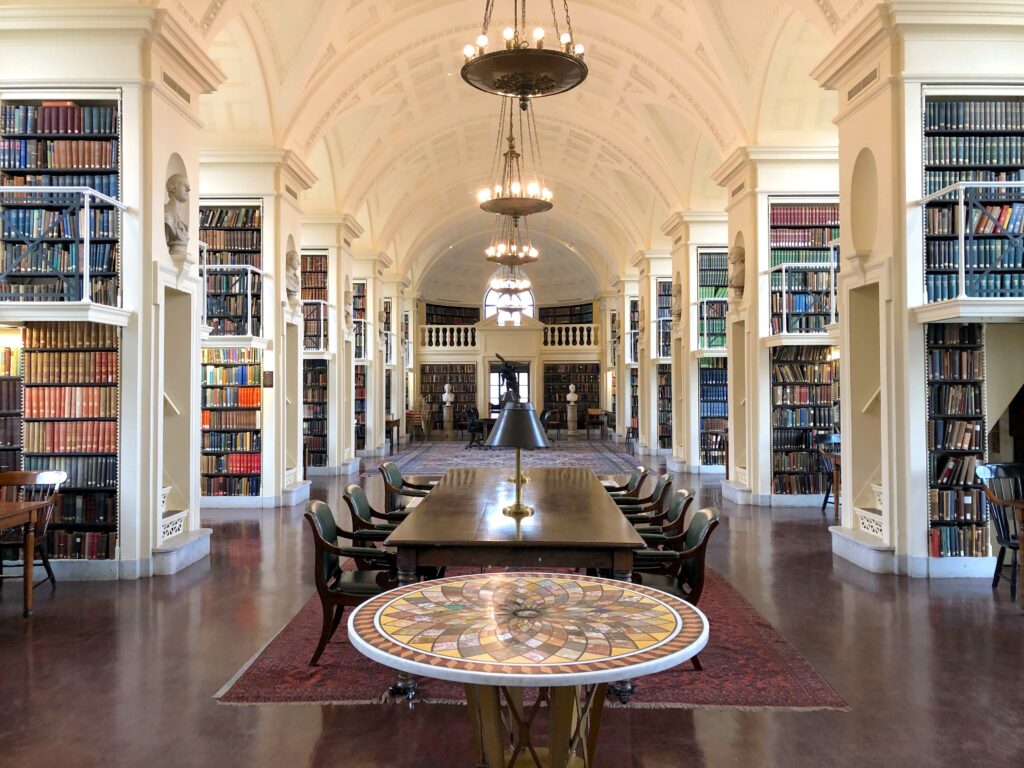 With more than half a million volumes, the Athenaeum’s collection includes the personal library of George Washington, as well as paintings and sculptures by Houdon, John Singer Sargent, Polly Thayer, Bradley Phillips, and numerous other notable artists. Day passes and visitor tours are offered for guests, and memberships are available for bibliophiles who seek one of Boston’s most pleasing sanctuaries.

Due in large part to its many colleges and universities, Boston has been a cultural hub for artists and intellectuals throughout its history. During the latter part of the 19th century, the heiress Isabella Stewart Gardner built a Venetian palazzo along the Fenway in which to exhibit her art collection. Now known as the Gardner, the museum offers exhibitions and musical events that recall Gardner’s literary salons which attracted Boston’s cognoscenti and became hugely influential in shaping the city’s museum collections.

In a nod to Gardner’s aesthetic vision for the city, the Newbury has amassed its own diverse collection of artworks which are exhibited throughout the hotel. Works by the great portrait photographer Yousuf Karsh hang in the hotel’s Library Lounge. Curated by the owners of the Schoolhouse Gallery in Provincetown, the Newbury’s collection features many local and New England artists whose work highlights the hotel’s cultural and architectural connection to the city.

The vision of The Newbury as a 21st century salon for the arts continues in the guest rooms, 90 of which are luxury suites, and all of which feature original art. Wood-burning fireplaces are featured in more than 40 suites, as well as a wet bar or a cocktail trolley, thereby making it perfectly sensible to remain swaddled in the Frette bathrobes and slippers, martini in hand. Further temptations await in the marble bathroom with walk-in rainforest shower and Byredo toiletries.

Designed to replicate a residential ambiance, The Newbury’s guest rooms and suites feature window nooks and cloak closets, as well as Nespesso Vertuo espresso machines. Twice daily housekeeping is highlighted by an evening turndown service that includes eyeglass cleaning cloths and bespoke book markers for nightstand novels. And yes, naturally, there’s a 24-hour Fitness Center, should you feel the need – although for that matter, the Public Garden never closes and there’s always the possibility of a ghost ride with Paul Revere.

Call it a rebirth or a renaissance, Boston continues to burn with the incandescent glow of youth. 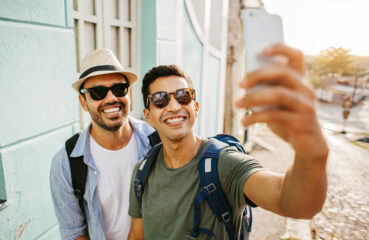 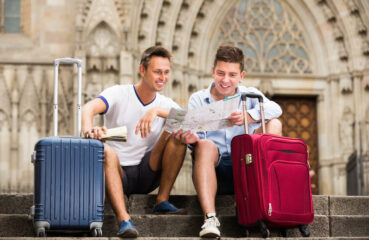 How to Travel On Your Honeymoon with Unconventional Luggage

How much luggage do you take with you when you travel on your honeymoon? Should you stick to the basics, or do you think you’ll find yourself traveling with items that you...