Guess Who's Sleeping with Oscar: Our Award Picks

Our early calls for who may be headed to the podium to pick up some hardware on Hollywood’s biggest night. Could Win: Andrew Garfield in either Hacksaw Ridge or Silence, Dev Patel in Lion, Denzel Washington in Fences, Ryan Gosling in La La Land or perrenial favorite Tom Hanks in Sully.
Should Win: Joel Edgerton’s brilliantly understated performance in the title role of Loving or Dave Johns for his authenticity and humanity in I Am Daniel Blake.
Will Win: Casey Affleck ‘s career redefining turn in Manchester by the Sea. Could Win: Damien Chazelle brought levity to La La Land, Denis Villeneuve made a thoughtful crowd pleaser with Arrival, Denzel Washington did double duty in Fences and Martin Scorsese speaks volumes in Silence.
Should Win: Jeff Nichols for Loving or Andrea Arnold for American Honey: consistently excellent directors at their best.
Will Win: Kenneth Lonergan for Manchester by the Sea or Barry Jenkins for Moonlight. Could Win: This crowded field includes Michelle Williams in Manchester by the Sea, Amy Adams in Arrival, Annette Bening in 20th Century Women, Emma Stone in La La Land, Meryl Streep in Florence Foster Jenkins and Marion Cotillard in Allied.
Should Win: Impressive Isabelle Huppert in Elle or nuanced Ruth Negga in Loving.
Will Win: Negga, though there’s also buzz around Natalie Portman in Jackie and Viola Davis in Fences. Could Win: With 85 entries it’s a tough call, but standouts include Germany’s Toni Erdmann, Israel’s Sand Storm, Russia’s Paradise, Spain’s Julieta, Venezuela’s From Afar, Greece’s Chevalier, Canada’s It’s Only The End of the World, Iran’s The Salesman, Romania’s Sierranevada, and Korea’s The Handmaiden.
Should Win: Italian doc Fire at Sea or Chile’s remarkably soulful Neruda.
Will Win: France’s Elle may have the edge. 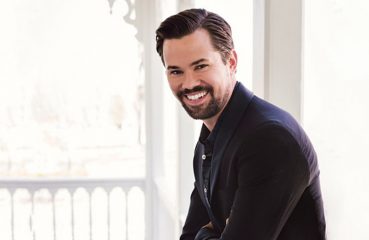 The Early Career of Andrew Rannells: From Stage Star to Gay Best Friend

There’s no missing Andrew Rannells. From the instant he strides onstage in the current Broadway revival of Falsettos, you’ll notice that, at 6’1″, he...

What Lurks in Alexander McQueen's Blood Beneath the Skin?

Long before his death, Alexander McQueen had ceased to be a mere name and become a brand synonymous with the extraordinary: sharp angles, jarring contrasts, animalistic rawness....