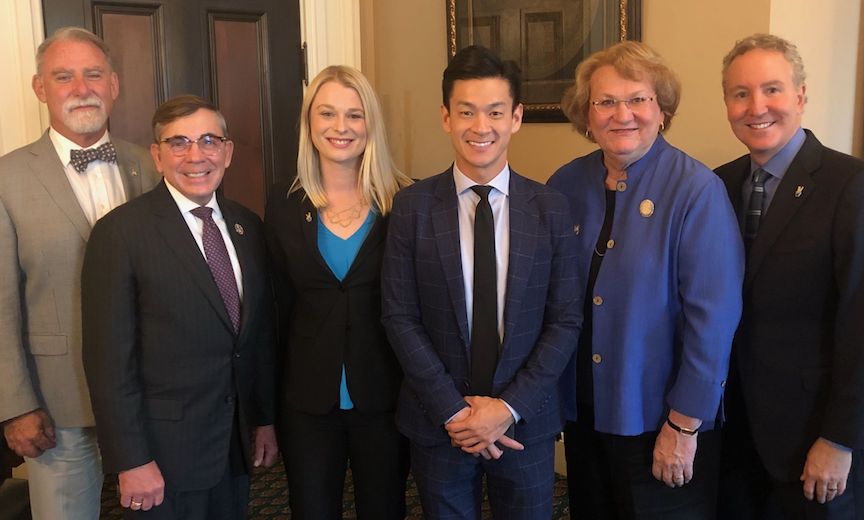 Of course that’s been the case since December of last year — a month after the city’s municipal elections. The city council in Palm Springs’ council is now comprised of a trans woman, three gay men, a transgender woman and a bisexual woman, led by Mayor Robert Moon and Mayor Pro Tem J.R. Roberts. Rounding out the council are and Councilmembers Geoff Kors, Lisa Middleton and Christy Holstege.

In conjunction with City Manager David Ready, the council recently visited the state capital in Sacramento to participate in a commemoration ceremony and to conference with other state leaders about on a variety of issues that impact their constituents issues, including pensions, land use, housing and transportation.

At the ceremony, assembly member and LGBT caucus leader Evan Low introduced the council to the Assembly and 28th district Senator Jeff Stone (where Palm Springs is located) recognized the five council members on the floor of the senate.

Standing before the the council, Stone declared that he was “elated and honored” to make to be a part of the event and singled out the council for special recognition in their efforts to revitalize Palm Springs’ downtown area.

In addressing his colleagues in the senate, Stone reminded those assembled “the County of Riverside, as you know, is the size of the state of New Jersey. I’m very proud of the diversity that we have in our county and I’m delighted that this city council is here today.”

It comes as no surprise that a smaller community like Palm Springs would actually serve as home to more members of the LGBTQ community than even San Francisco. There are — according to research by the Williams Institute and UCLA Law School — more LGBTQ members per household than any city in California. 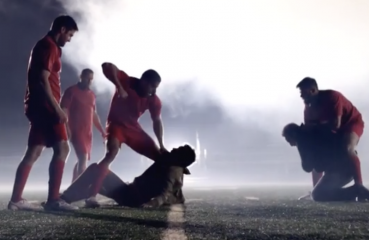 Despite numerous warnings to fans planning to attend the World Cup tournament in Russia, an anti-gay attack took place before the competition even got underway. And yesterday, UK... 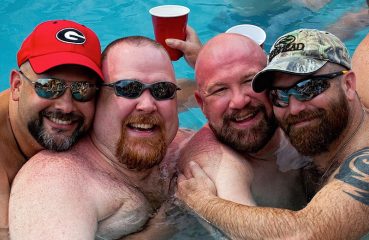 Bear culture is here to stay as a part of the gay community. How can you tell? There’s a university funding a study looking into the relatively recent phenomenon....