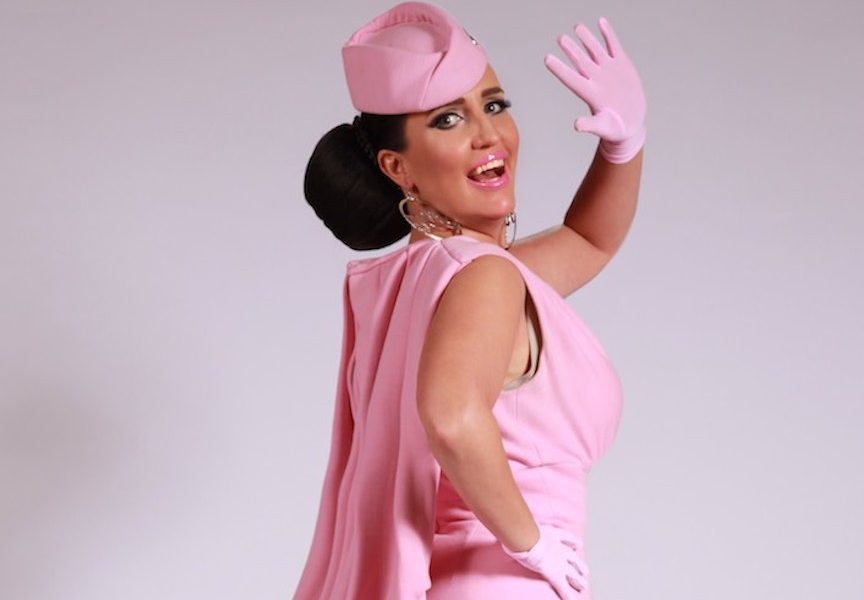 “I’m thrilled to be back in New York to celebrate twenty years of Pam Ann!” says the first class queen of comedy. “So much has gone down since my last time in the Big Apple. Asians are being dragged off planes, babies are being booted from their seats. Everyone wants to know what their rights are in the air. I’m coming to tell them they have no rights! This is Trump’s America, so buckle the hell down, shut the bleep up and get ready for turbulence, bitches.”

In 20 years, Pam Ann has developed worldwide cult status with her masterful portrayal of a brash hot mess of a flight stewardess. “As the airports have gotten bigger, so has Pam’s ego,” explains Caroline Reid, the Australian comedian-writer-producer who created and stars as Pam. “And as they’ve gotten filthier, so has her mouth!”

We spoke with Caroline, better known as Pam Ann, from London where she was on tour.

Metrosource: Happy 20 years! You share your anniversary with Harry Potter!

Pam Ann: That sounds about right. We both fly and make magic happen!

What was the world like twenty years ago when Pam Ann made her debut voyage to comedy stages?

Pam Ann: Air travel was so much more innocent back then. There were no low cost carriers and terrorism was something only in movies. Pam Ann didn’t curse and really hadn’t traveled much. Today Pam Ann curses like a sailor.


What made you think the world needed a funny airline stewardess?

Pam Ann: I didn’t know Pam Ann would be the character that took off (pardon the pun). I just wanted to do a one-woman show. I was inspired by Sandra Bernhard’s ‘Without You, I’m Nothing’ show. Pam Ann was a character I created, but she was a second thought. Back then, I thought my club character ‘Tragina’ would be the character to resonate with people. To be honest, the whole Pam Ann career has been a big fluke and I am so lucky I somehow chose to take this journey with her. Who knew the airline industry would grow this much!

Did you always divide your audiences into first class and coach?

Pam Ann: Dame Edna Everage inspired me as she always called the people up in back her ‘paupers.’ I thought that was the funniest fun thing ever. When I started performing Pam Ann, I thought it would be fun to divide up my audiences and I’ve always done that. I used to degrade and upgrade people by what they were wearing. Maybe I should bring that back?

When did your trolley make its debut?

Pam Ann: The Trolley was born way back in the late nineties. It was inspired by flight attendants on a Quantas flight I took from Melbourne to Sydney. All they did was run to the galley and trolley and make sounds with the ice. They didn’t make eye contact with anyone. It was hysterical and I just recreated what I saw on stage. I had no idea “Touch Trolley, Run To Galley” would become such a catch phrase.

Madonna called you “cruelly funny”. When did she see the show?

Pam Ann: (Laughing) I heard she said that but truthfully, I have no idea when she came to the show or even if she came. Maybe she caught my act on TV?

What was it like performing for Elton John on his private flight?

Pam Ann: Un-f-ing-believable. Nothing has ever come close to flying for Elton John and David Furnish on their private Boeing 737. It was beyond first class, darling.

When did you open for Cher?

Pam Ann: The first time I met Cher I was so darn star struck that when she went to shake my hand, nothing came out of my mouth. Nothing! It was such a cringe moment for me. Thank God I got to meet her again at Wembley Stadium. She asked me how the crowd was, and we took a photo with a Kodak cardboard camera. You know that kind that took 24hrs to process? Oh, if you could only turn back time and we had iPhones back then.

Pam Ann: Nothing beats performing in New York City. The people are so diverse, open minded and very vocal. You can’t bullshit New Yorkers and you have to be on your game because they have seen everything and expect the best. I love the challenge and I love playing with the audiences in New York. I improvise a lot. I find that the audiences love the spontaneity of jokes coming off situations I create during my show. No show is the same. Audiences also love the offensive jokes that come off the cuff. That draws gasps from the audience. Everyone likes to see a comic dig themselves out of a comedy hole.

Have you ever bombed? Oh wait, is it bad to use the word ‘bomb’ on a Pam Ann flight?

Pam Ann: If you were to scream ‘bomb’ on a Pam Ann flight, most people would think you meant ‘glitter bomb.’ But yes, I’ve bombed plenty of times in my career.

What can we look forward to at Touch Trolley, Run To Galley? Will you be bringing back any of the classic jokes or characters?

Pam Ann: The show is a mix of old and new material. I have brand new videos which are a look back over the past twenty years and some brand new spoofs of pure filth! Also, Lily, my Asian character, is coming back. It’s one night only, folks. Hold tight because it’s gonna be a bumpy ride.

Pam Ann Celebrates 20 Years of ‘Flying High’ in Touch Trolley, Run To Galley, her one-flight-only show at the Gramercy Theatre. 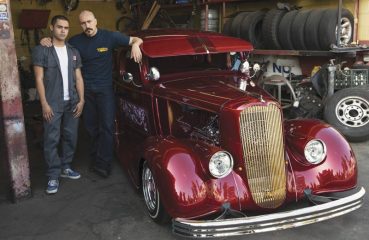 Get a Taste of Angelino Culture, Cars, and Families in Lowriders

Two prodigal sons lead to double trouble in this film, which starts out as the story of Danny and his father Miguel (pictured). Danny lives in East LA where he uses his artistic... 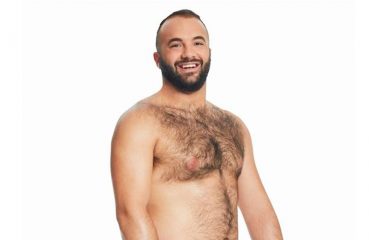 Justin Russo: The Resident Sweetheart among the Bad Boys of Fire Island

Fire Island offered us a summer of bared bods, fierce fights and many a scandalous hook-up. But in the midst of the drama and depravity, there was a light: Justin Russo....