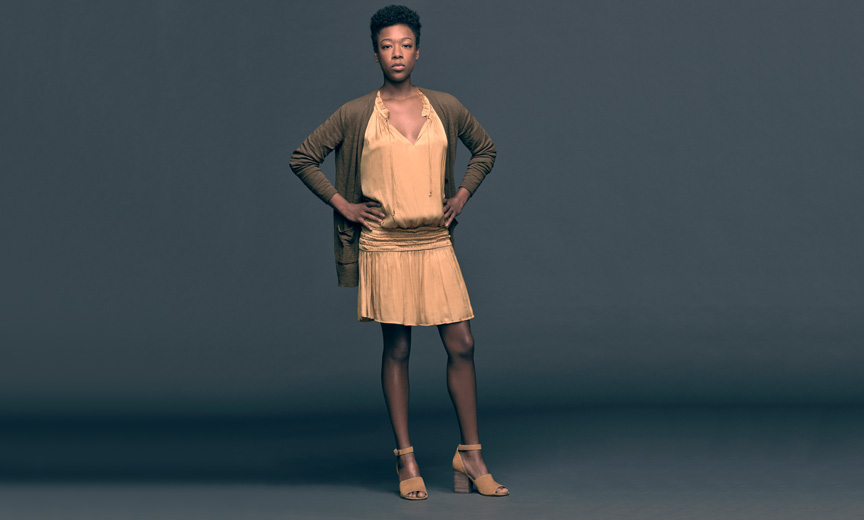 Not long ago, it would have been virtually unthinkable for an actor to find two roles for a queer woman of color in popular, critically-acclaimed television series — never mind transitioning from one directly to the next. And yet that is the career trajectory of the incomparable Samira Wiley.

She was immensely beloved as Poussey in Netflix’s Orange Is the New Black, so much so that her character’s exit from the series prompted a full-season prison riot. Her next role found her in a very different kind of prison — the totalitarian state of Gilead in Hulu’s massive hit The Handmaid’s Tale, playing “gender traitor” Moira — best friend to Elizabeth Moss’s June. Wiley’s performance on the series has taken her from forced servitude in a brothel to a daring escape in search of freedom in the north. And the industry took notice, awarding her an Emmy for an episode that saw her character navigate a surrogate pregnancy, fall in love with her OB/GYN Odette and ultimately discovering that Odette had been murdered. “Honestly, we never knew that our show was going to be having the impact it would be having,” Wiley told IMDB after winning her Emmy. “It’s been an amazing journey.” We caught up with Wiley to ask why she felt compelled to participate in a benefit reading of The Laramie Project. “In 1998 when this happened, I was an eleven-year-old girl. I did not know who I was or where I fit in the world,” she told Metrosource. “But what I would know one day is that Matthew Shepard is my brother because I am a part of his community and that is why I had to be here.” 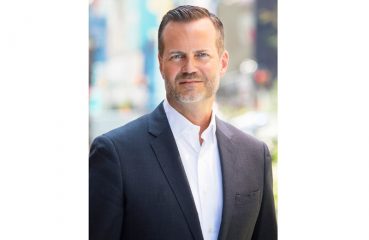 Only a few people in the word understand the public pressures of Fred Dixon’s job — and they’re people like Super Bowl Halftime performers, astronauts and okay,... 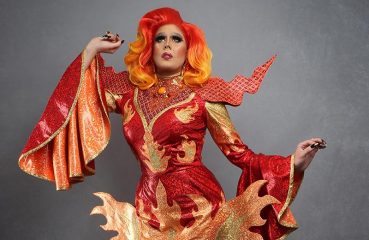 The “Legendary NYC Drag Queen We Love” nominee dishes on Voldemort, Russian Hookers, Tales from the Crypt and more. She may be the newest face of the bunch, but Tina...