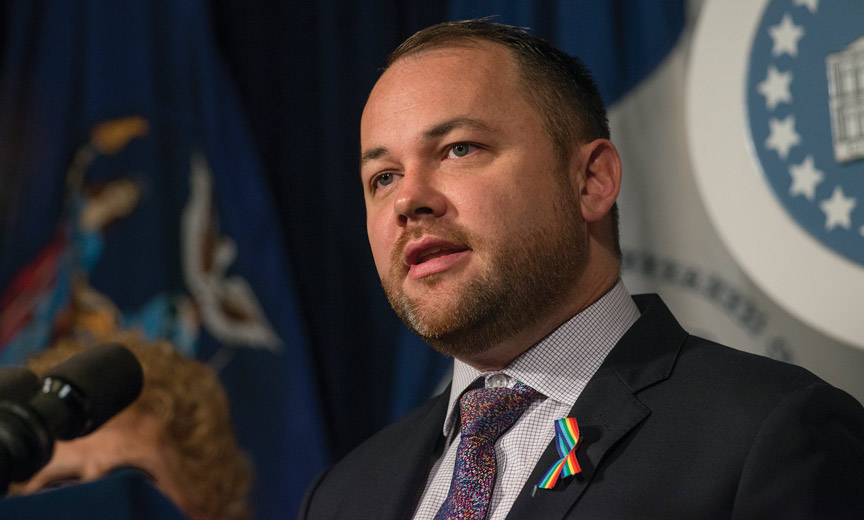 Corey Johnson has been the Speaker of the New York City Council since 2018. He’s worked diligently for the welfare of all the city’s inhabitants — quite a feat, given the city’s size and diversity. The fact that he’s also gay is merely incidental. It’s invaluable that in 2020, the LGBTQ community has someone in power who understands our concerns. We sat down with the speaker late last fall and asked Johnson to reflect on the year gone by.

METROSOURCE: Now that it’s behind us, what’s your take on WorldPride? What did it mean to have that held in NYC as it marked the 50th anniversary of the Stonewall Uprising?

Johnson: It was amazing. So much hard work went into making it happen. And it exceeded even my high expectations. As an LGBTQ New Yorker, I was incredibly proud. The fact that it happened during the 50th anniversary of Stonewall made it even more special, and added so much to all of the events. You could feel the pride everywhere you went. One of the things that makes New York City so special is its diversity. So to have people from all over the world come here to experience WorldPride was just extraordinary. It was truly a once in a lifetime experience.

METROSOURCE: Clearly as the Speaker of the City Council you have millions of people counting on you. How does having an LGBTQ segment of the population factor into that for you?

Johnson: My motto is “Do the most good for those who need it the most.” My story was made possible by what happened at Stonewall and the movement it inspired. I’m grateful for the activists that fought for equality for the LGBTQ community. It’s something that’s not lost on me as leader of the City Council. Which is why I’m so proud that one of the first bills I passed when I was elected to the City Council allowed trans people to correct the gender on their birth certificates.

We’re in This Together

METROSOURCE: How does being a member of the LGBTQ community impact the way you discharge your duties, if at all?

Johnson: I’m proud to lead a body that also believes in equal rights for everyone in this city. I’m proud of what we do, and I’m proud of the progress we’ve made. But we have so much more to do. My identity is part of who I am, and it reminds me that we all have different things that define us.

Being a member of the LGBTQ+ community reminds me that we have work to do to ensure that, regardless of sexual orientation, gender identity, religion, age, or race, people feel safe and respected in this city. Our identities help to shape how we see and move around in this world. My community has experienced hate and bigotry, and I make sure to fight for any other community that is also subject to hate and bigotry. We’re all in this together.

Walking in Their Footsteps

METROSOURCE: Is there someone you look up to as a role model for carrying out your responsibilities — anyone who might also be LGBTQ?

Johnson:There are many people I look up to in the LGBTQ+ community. In my office I have a picture of Harvey Milk hung up. He’s someone that I look to for inspiration and someone who I admire greatly. I constantly speak about the bravery and strength of Sylvia Rivera and Marsha P. Johnson, and how they helped to lead a movement that has brought us to where we are today in terms of protections we have. Bayard Rustin was a true pioneer in showing us how our identities intersect and we must bridge movements to get to a much more equal society. The beauty of the LGBTQ+ community is that we look at a collective vision and seek strength from many people to build us up.

METROSOURCE: At a time of great divisiveness, what can you do to help integrate us into the mainstream, engender inclusivity and promote equality?

Johnson: As a gay white cis man, I know that I have many privileges and I work every day to use that privilege to lift up communities who are constantly targeted, whether it be communities of color, the trans community, immigrants, or people with disabilities. As a city, it is important to bring communities who are often left our of discussions to the forefront. The people who know best about the needs of a community, are the ones who identify within that community. As Speaker of the City Council, I will continue to lead a body that puts those leaders first. 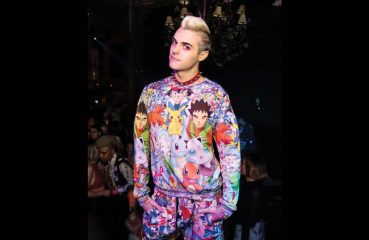 Andrew Barret Cox Triple Threat The man behind multi-media extravaganza Oscar at the Crown composed the score, designed the costumes, and then choreographed the musical that left... 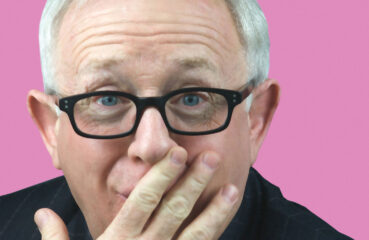 Leslie Jordan – beloved for many talents

LESLIE JORDAN – Actor | Comedian | Writer With a history of bigger than life characters, such as Beverley Leslie in Will & Grace, multiple characters in American Horror...