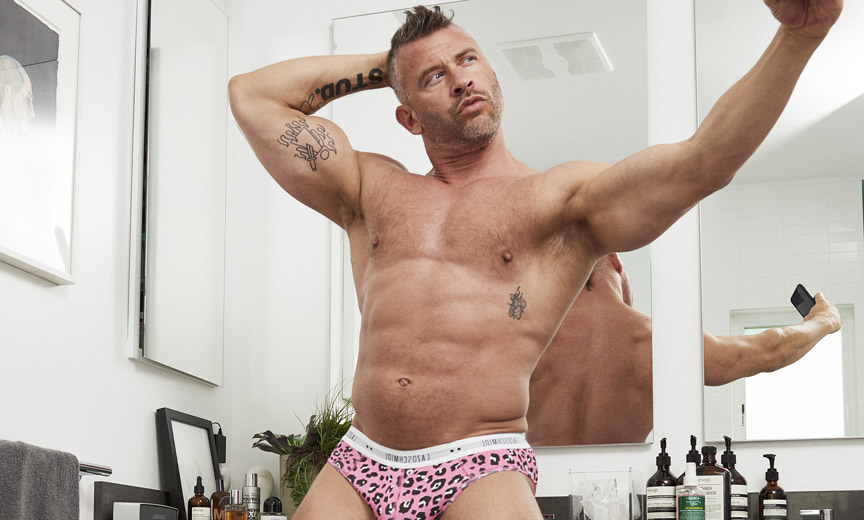 The Tom of Finland Store has released some very sexy photos of what they’re offering for Fall/Winter 2019-2020. Handsome Terry Miller is sporting the clothes. Photographer C. Patrick Smith has snapped the photos. Featured brands include queer designers such as Walter Van Beirendonck, Bernhard Willhelm, LAZOSCHMIDL, Linder – as well as COMME DES GARÇONS. Enjoy the view – but (fair warning) they may make you drool. All photos are courtesy CULTUREEDIT and Tom of Finland Store.

In the opening image, Terry is serving selfie realness in Pink Leopard Briefs from LAZOSCHMIDL.

What Terry’s Wearing from the Tom of Finland Store 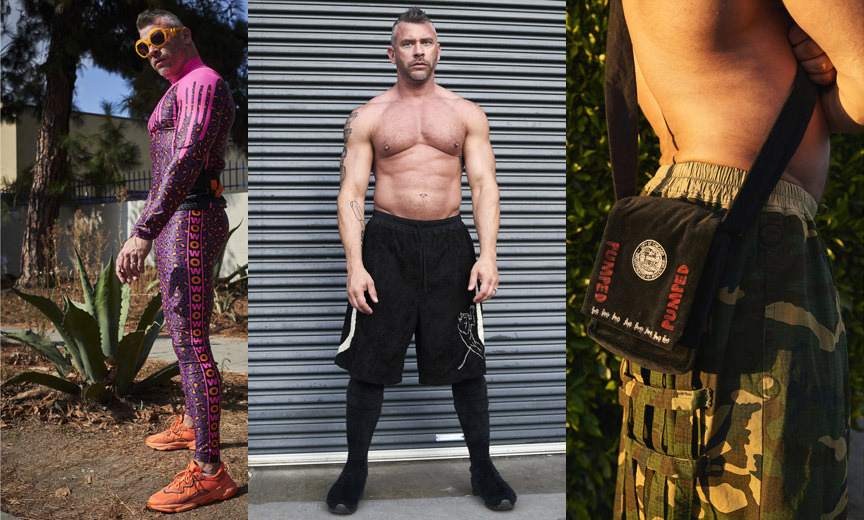 LEFT: Think pink in a Leopard Top and Leggings from Walter Van Beirendonck.

CENTER: Basic black gets a twist from Panther Shorts by BERNARD WILLHELM. 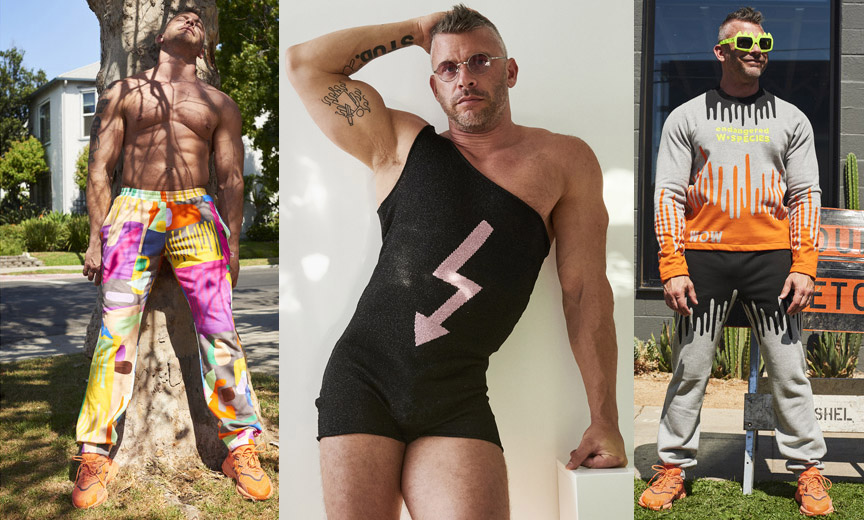 RIGHT: Take a detour in this Drip Sweater and Sweats by Walter Van Beirendonck. 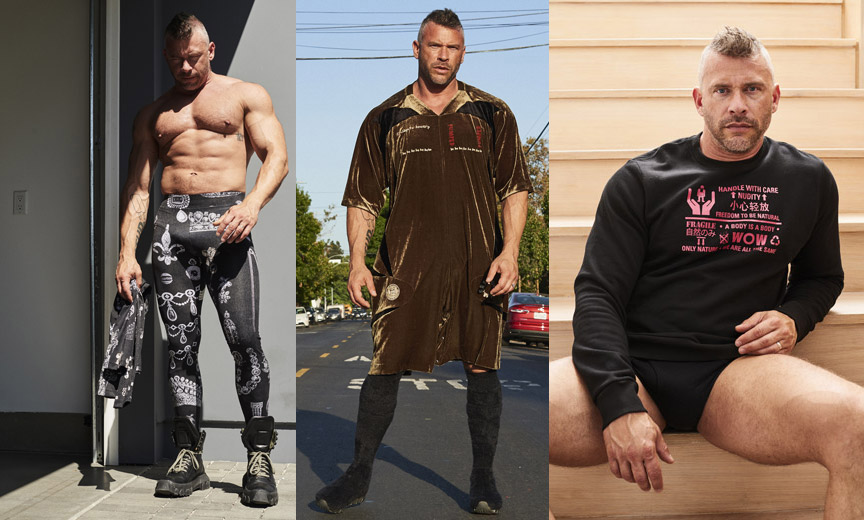 CENTER: Stop traffic in a Jumpsuit by BERNHARD WILLHELM.

RIGHT: This Handle with Care Sweater from Walter Van Beirendonck doesn’t seem too hard to handle. 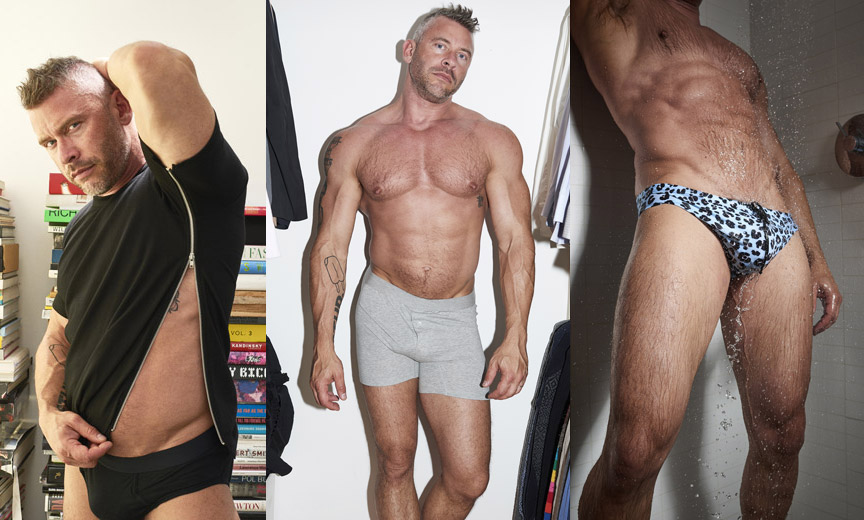 LEFT: Flip for this Side Zip Up T-shirt by COMME DES GARÇONS. 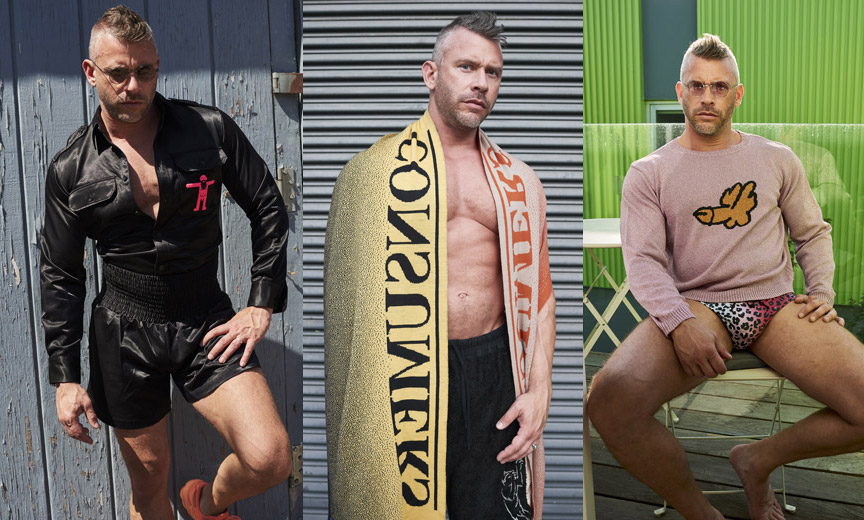 LEFT: Go back to black in a Kift Shirt and Boxing Shirts from Walter Van Beirendonck .

CENTER: Wrap it up with the Consumer Knitted Scarf by BERNHARD WILLHEIM. 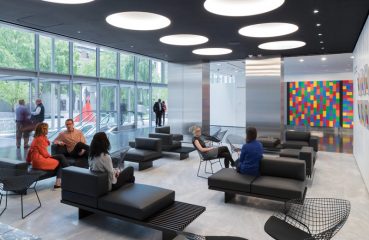 With its 40,000 square feet expansion launched in 2017, it seems that the Museum of Modern Art is bringing modern art into the 21st Century — starting October 21. The expansion,...