Home » Departments » Entertainment » Screen » Could “Hereditary” Be a Horror Movie Worth of Oscar Consideration? 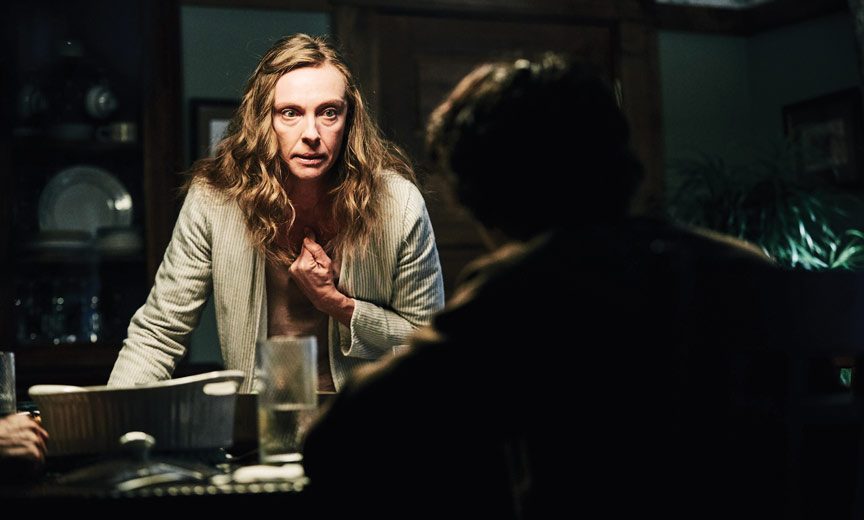 We consider whether Hereditary, a chilling film about a family’s dark present and even darker past, could merit consideration when awards season rolls around? But be warned – it is not for the faint of heart.

When a film is received with the controversy of Hereditary, you it’s going to be interesting. Though disappointing to some for not following the rhythm of more conventional horror films (not to mention its shocking, expectation-defying finale), Hereditary is also a refreshing dose of uncompromised evil. And regardless of how one feels about the film’s jump scares or plot twists, it is brilliantly crafted. Writer/director Ari Aster does so many things right in this, his first feature film. The plot revolves around a mother of two coping with the loss of her own mother, who may have bequeathed to their family a legacy too dark, dreadful and deeply-rooted to ever be fully understood, — or escaped.

Aster sets the film mostly at the family’s home, a structure at once beautiful and yet quite unsettling — it’s a place filled with smaller houses, doll houses, that the protagonist makes as her art and livelihood, which add to the film’s themes of being toyed with and trapped. The audience is teased by hidden images, quick cutaways, and a camera that refuses to recoil from some truly horrific imagery. Aster tells a story that is well thought-through and tightly composed; efficient and layered with ominous details that may require multiple viewings. The film’s greatest adornment is its cast: Gabriel Byrne as the stalwart father, Alex Wolfe (Jumanji: Welcome to the Jungle) as the stoner son, newcomer Milly Shapiro as a magnificently eerie little girl, and the always-exceptional Ann Dowd (The Handmaid’s Tale, The Leftovers) as a helpful motherly friend. THE WORD: The crown jewel is unquestionably Toni Collette, whose performance as a mother being pushed to the edge of sanity is by turns nuanced, frantic, and utterly award-worthy. COMING TO: Home Video