Prague and Its Gay Scene 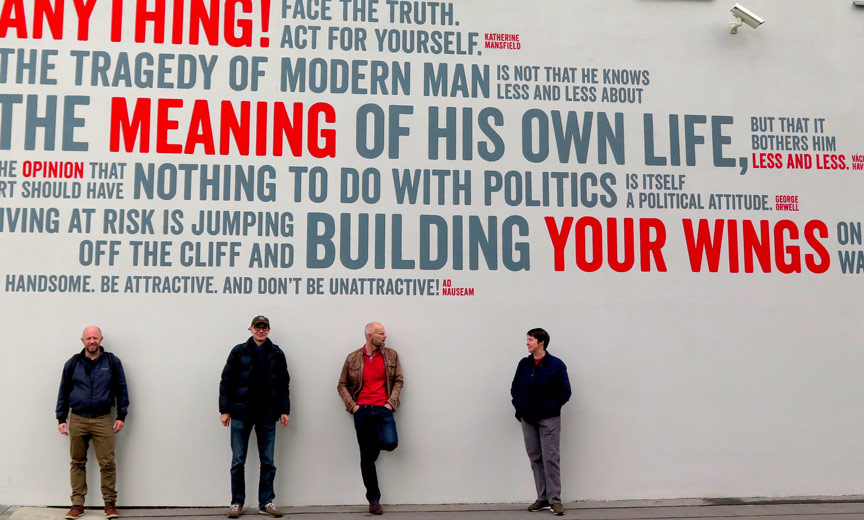 The capital of the Czech Republic boasts a surprisingly bustling gay scene in a wonderland of art and architecture, where the beautifully old meets the entirely new.

The heroine of The Unbearable Lightness of Being calls Prague “the most beautiful city in the world.” And if you find yourself at dawn on the iconic Charles Bridge — watching the sun rise over this City of a Hundred Spires — you’ll be hard-pressed to disagree.

Once an imperial city of musicians, astronomers and mathematicians, the modern capital of the Czech Republic also boasts a treasure chest of art and architecture, 200 gardens, 30 bridges and 10 islands spanning the mighty Vltava river.

At twilight, the city shimmers in the romantic glow of vintage gas lamps, lit according to their century. Buildings from the 10th century are illuminated first, followed a few minutes later by those of the 11th century and so on — until the city is enveloped in a romantic glow. In the sumptuous lobby of a palace-turned–luxury hotel, I spoke with a native, who gestured to the opulence surrounding us, recalling a time under communism when the palace was a government medical clinic. “It was quite different then,” he recalled with a knowing smile.

With its historic mix of Czech, German and Jewish culture creating a thriving breeding ground for art and science, Prague’s cafes have hosted some of history’s greatest minds — from Franz Kafka at Cafe Slavia to Albert Einstein at the Cafe Louvre. Even Wolfgang Amadeus Mozart once said, “My Praguers understand me.” It turns out they understand the gay community, too.

The Pride of Prague

Particularly for gay people, Prague serves as a bridge between the East and the West, and the local enthusiasm for the community is evident in their event calendar. Prague Pride produced its first LGBT human rights festival in 2011 and has grown to include 20,000 participants, hosting the largest Pride celebration in a post-communist country — with more than 60,000 attendees and over 100 cultural events. “We work as one,” explains a member of Prague Pride’s board, which aims to promote a tolerant civil society and increase awareness of the LGBT community in the Czech Republic. The highlight of the festival is the Saturday Parade, which moves from Wenceslas Square through the city’s historical center to a post-parade concert. Rallying behind the theme “Bullying,” this year’s event is August 10–16. “We work for Prague Pride so that our youth is not afraid,” another member told me. 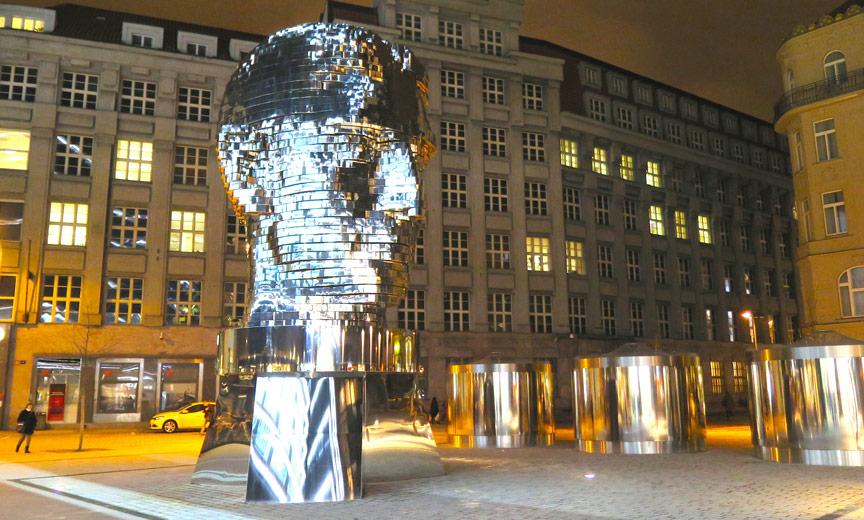 Stainless steel sculpture of Franz Kafka by David Cerny in downtown Prague—Photo by Mark A. Thompson

For 16 years, Prague Rainbow Spring (praguerainbow.eu) has hosted LGBT athletes for an international sports tournament with more than 500 participants each May.

The heart of Prague is Old Town Square, a glorious 12th-century square that boasts such landmarks as the twin-towered Church of our Lady before Tyn and the 14th-century Old Town Hall Tower with its gorgeous, ornate astronomical clock, or orloj. It’s testament to the master clock maker Hanus, who designed it to display the lunar cycle, planetary position and an hourly procession of the 12 apostles — a definite photo op. Climb the 200-foot tower for a panoramic bird’s-eye view of the city.

For a more modern tower (pictured), stroll down the river to Frank Gehry’s Dancing house (prague.net/dancing-house), the Fred Astaire and Ginger Rogers of Prague’s skyline. In addition to creating the charming illusion of two buildings in a dancers’ embrace, the building includes the dynamic modernist Art Salon S Gallery (facebook.com/artsalons) and a top-floor restaurant.

Once the residence of Bohemian princes and kings, Prague Castle has been the seat of the Czech president since 1918. The largest castle in the world (per Guinness Book of Records) was initially constructed in the ninth century and then continuously developed over the next 12,000 years. The complex encompasses more than 100 acres in a monumental maze of courtyards, the Deer Moat, and buildings representing architectural styles from the Middle Ages through the 20th century.


Prague’s magnificent Art Nouveau Municipal House opened in 1912 on the site of the former Royal Court. This splendid building played an integral role in the formation of the nation in 1918 — but more delicious reasons to visit include the honey cake at its historic Art Nouveau cafe Kavarna Obecni or the classic cocktails amidst the gleaming copper of the American Bar downstairs.

If you’re looking to get away from the bustle of the city center, consider a stop at DOX (dox.cz/en), Prague’s new center for contemporary art that has become one of the nation’s most progressive cultural institutions. Located in a once-industrial neighborhood, DOX has become an anchor for a burgeoning arts district. 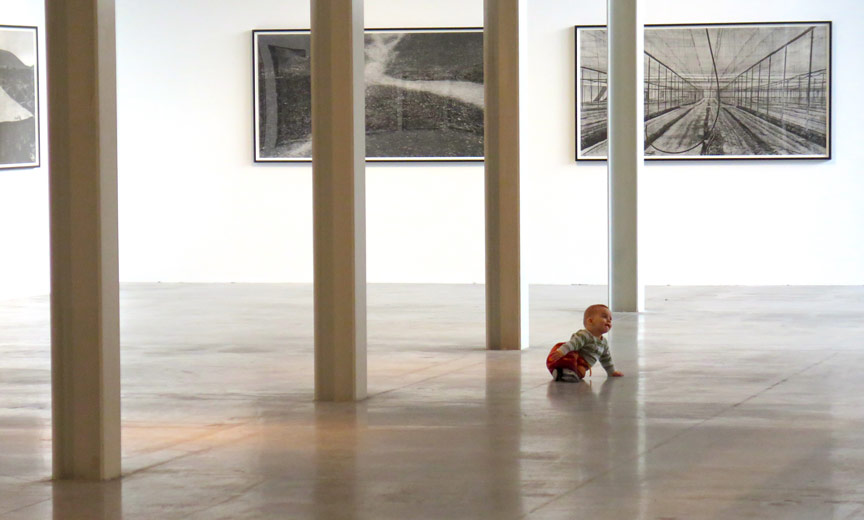 Befitting its history as a palace, guests at The Mark (en.themark.cz) are welcomed by doormen in top hats and waistcoats into a restored, neoclassical residence dating from the 15th century. The former home of counts, The Mark reopened as a five-star hotel in 2008 — with opulent modern furnishings, bathrooms the size of bedrooms, walk-in dressing rooms, and full pullman kitchens. But leave the kitchen for a romantic dinner beneath the massive red glass chandelier at The Mark’s Le Grill Restaurant, which serves modern cuisine seasoned with herbs from the hotel’s private garden.

Get a different view of the city from the floating restaurant Grosseto Marina (grosseto.cz/en). Named for its founders’ Tuscan hometown, it opened in 2010 on a retrofitted cargo boat.

If you prefer to dine in the clouds, OBLACA Restaurant is located atop Tower Park Praha (towerpark.cz), the tallest building in Prague, notable for the climbing babies (created by Czech artist David Cerny) that scale its 700-foot exterior. Echoing the tower’s surrealism, the sky-high restaurant is furnished in Jetsons-style futurism.

One of Prague’s best venues for gay hipster eye candy, Cafe – Cafe is located near Old Town Square and serves breakfast, baked goods, and brunch. Later, great evenings start at Q Cafe, a lively-yet-relaxed little bar for gay locals. For something authentic, have them mix you up a Beton, which is made with becherovka, the Czech national liqueur created from a gin-like blend of bitters and over 20 herbs and spices. Order a second and you’ll be toasting Prague all night long. 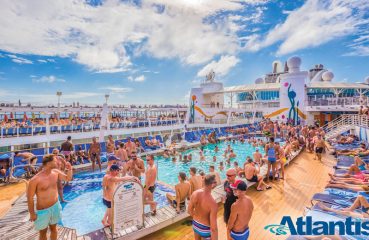 Our Top Picks of LGBT Cruises and Vacation Packages

Admit it, it’s been awhile since you’ve gone on a vacation, hasn’t it? If you haven’t been on a cruise before there’s never been a better time. Whether it’s fun in the... 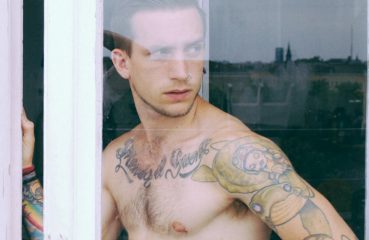