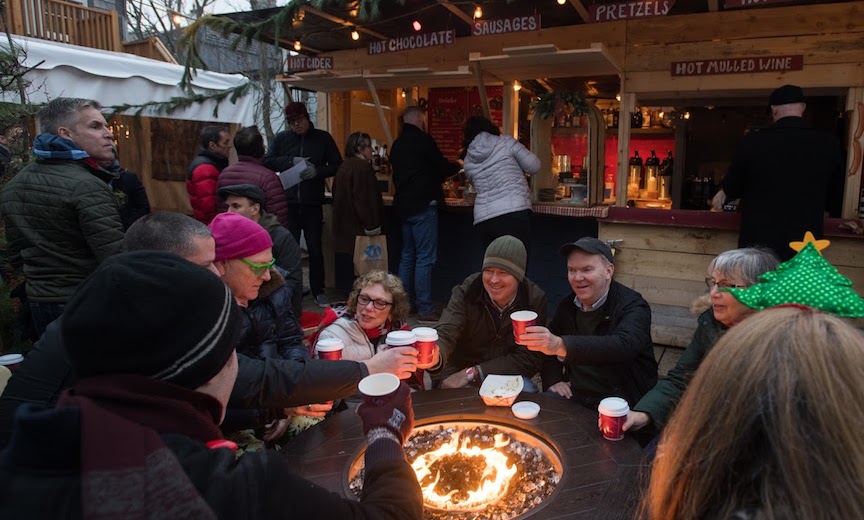 Provincetown, MA is synonymous with LGBTQ leisure, especially in summer. There’s Bear Week, the Fourth of July, Carnival and Spooky Bear at Halloween. But this little hamlet continues to thrum with activity long after the last whiff of sunblock has left the air.

One of the town’s best-kept secrets is Holly Folly, a three-day deep dive into what really makes PTown magical — the people who call it home year round.

Like something out of a very gay Norman Rockwell fever dream, Provincetown begins its wintery transformation at Thanksgiving. Locals and tourists alike gather at the monument (the largest all-granite building in the country) to take part in seeing its thousands of lights flicker on for the first time of the season.


Holly Folly follows mere days later, usually the first weekend of December. The ferry over from Boston — always an occasion to make new friends in the summer — is a more intimate and cozy affair when the weather turns chilly. (Mind you, there were only a few flurries during this year’s Holly Folly, and temps very rarely dropped below freezing.)

Step onto the dock, and what you’ll see is instantly familiar — with a Yuletide twist. Yes, there’s still a bay full of boats bobbing in the bay at twilight. But there’s a holiday glow up and down Commercial Street, and each year, more shopkeepers decide to remain open later and longer.

In essence, Holly Folly is a three-day festival incorporating PTown’s singular knack for what’s eclectic and queer. (It’s also the only LGBTQ holiday fest in the country.) As always, it’s a choose-your-own-adventure kind of experience. You can enter the Jingle Bell Run, in which participants don their gayest apparel and dash down Commercial Street for prizes. (As always, there’s a champagne brunch at the finish line.) Or you can opt to simply grab a hot cider and watch as the tutus, speedos and bedazzled competitors flash by. 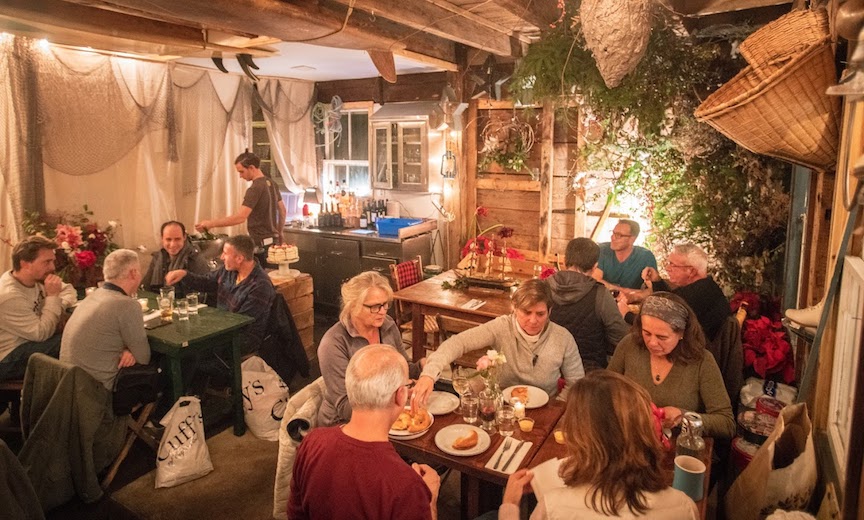 No one knows queer tastes like queer people, and that makes PTown shopping a favorite pastime for many visitors. But, as store owners get ready to close up between February and the first of May, you’ll be pleasantly surprised at the number of stores with 50 percent off signs in their window. Popular favorites like bodybody and Map are still open and doing a brisk business and your biggest problem may be how to lug all your newfound treasures home.

More tourists visiting the city later in the season has also translated into more restaurant choices, and given chefs a chance to show off their winter wares. And one of the central attractions of the weekend is the annual Boston Gay Men’s Chorus concert on Saturday night.

You can come to PTown to celebrate a love affair, or simply fall in love with the city and its people. One of the best ways to experience Provincetown is when things get quiet and settled for the day. Dining out and knowing that you’re surrounded by a mix of locals and like-minded visitors makes every meal feel like a reunion. 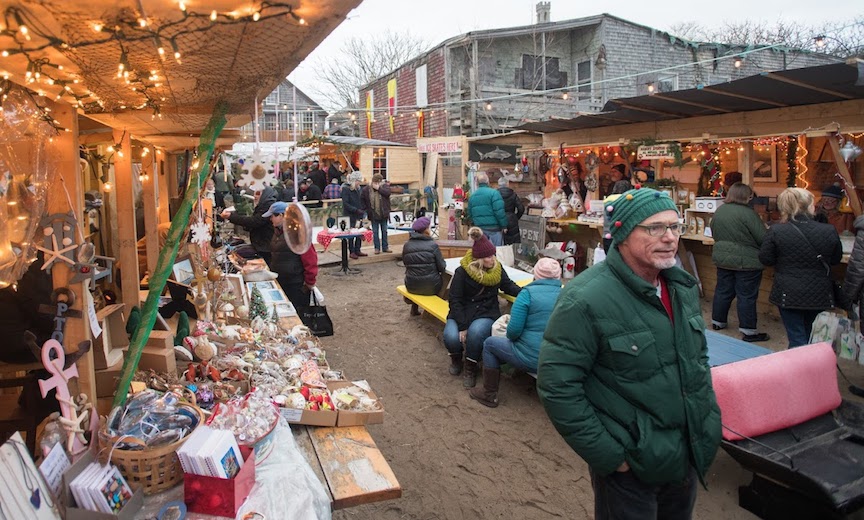 Two spots that are easy to recommend: The relatively new Strangers and Saints provides the kind of charm and fare you’d expect to find at a cozy lodge in the Poconos. Deep hues, rustic furniture, and the kind of sturdy cocktails that insist you relax and take it all in. And the food? Just as hearty. You can nibble (the ham and cheese croquettes will evaporate from your table). You can graze (half a roasted chicken and hamburger sliders do the job nicely), and salads for lighter appetites.

If you’re seeking something with more of a local flair in its tradition, the Crowne Pointe Inn overlooks much of the city and offers a spectacular view of the monument lit up for the holidays. Their toddy will warm you from the inside out, and…when was the last time you had a terrific filet mignon … for under $30 bucks?

It’s always best to have a central base of operations when you visit. This time, I chose Pilgrim House, which is centrally located just feet from the main intersections of town. It’s spotlessly clean with shows on the premises (I walked in on the performers playing Liberace and Peggy Lee signing autographs after a performance), and the bar menu and its nibbles are completely on point.

What’s more, Sundays it becomes one of the central attractions of the weekend, as Mackenzie hosts a boozy drag brunch complete with guest stars more lit than the audience.

Make sure you visit the recently opened Provincetown Brewing Company, where each beer created highlights a cause or organization close to the owners’ hearts — from LGBTQ rights to conservation and more. (I also caught a short comic piece in which Santa’s older gayer sister — “Sandy Claus” — spilled the T on what really goes on up at the North Pole.

And no trip to PTown would be complete for me without a trip to Arcadia, home to some of the best-curated kitsch you’ll find anywhere. There’s a complete line of off-the-wall cards to mark any occasion, and an assortment of coin banks that harken back to classic Americana. 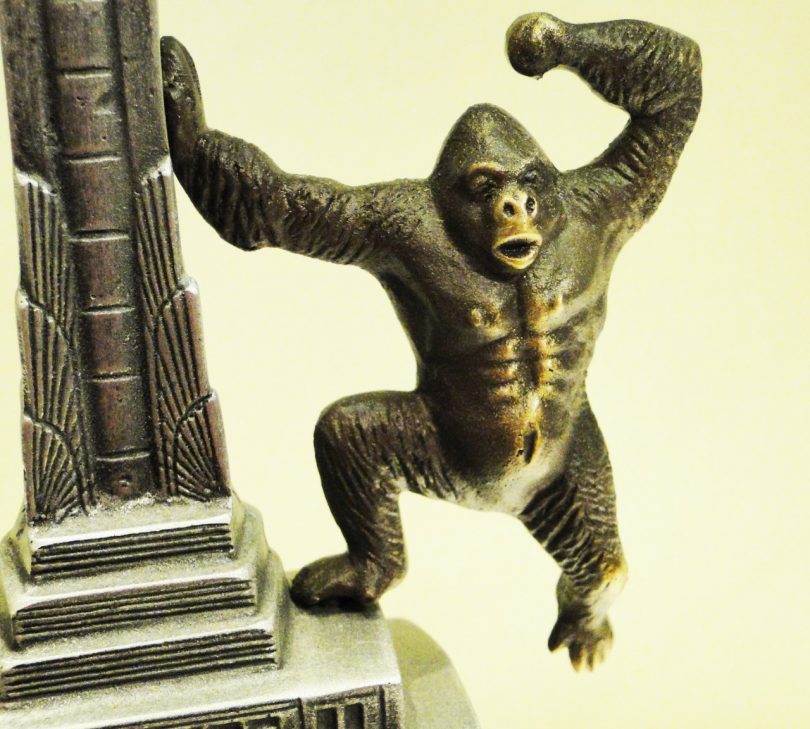 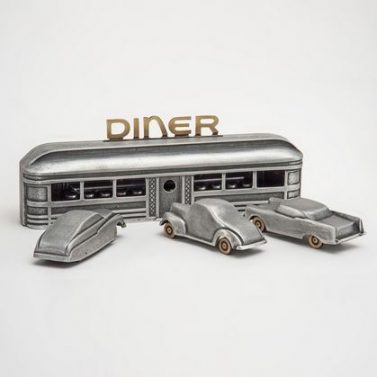 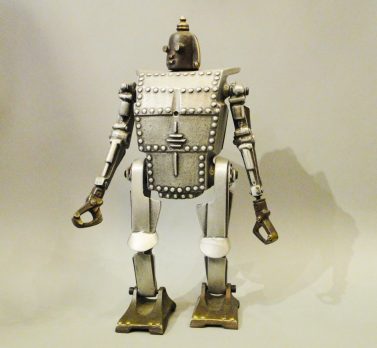 There’s also a Winter Canteen Lodge, in which the well-known venue opens up into a cozy little spot ideal for a late afternoon snack and a soothing mug of mulled wine. The theme is borrowed from the north of France; the menu features schnitzel, and the atmosphere is unpretentious and utterly disarming.

If you’re thinking that this Town isn’t the pressure cooker environment of the summer, you’re absolutely right. You’ll have an opportunity to relax, recharge and hang with the locals — and just maybe see Provincetown in a completely different way.

It’s a Dog’s Life — and This is Why Gay Men Need a Pooch, Too

Sometimes a furry friend can help mend a broken heart — or even repair a relationship. But their biggest gift may be the lessons they teach about second chances. The moment I... 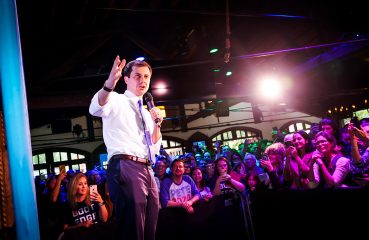