The Eyes Have It: “Queer Eye for the Straight Guy” Returns to TV 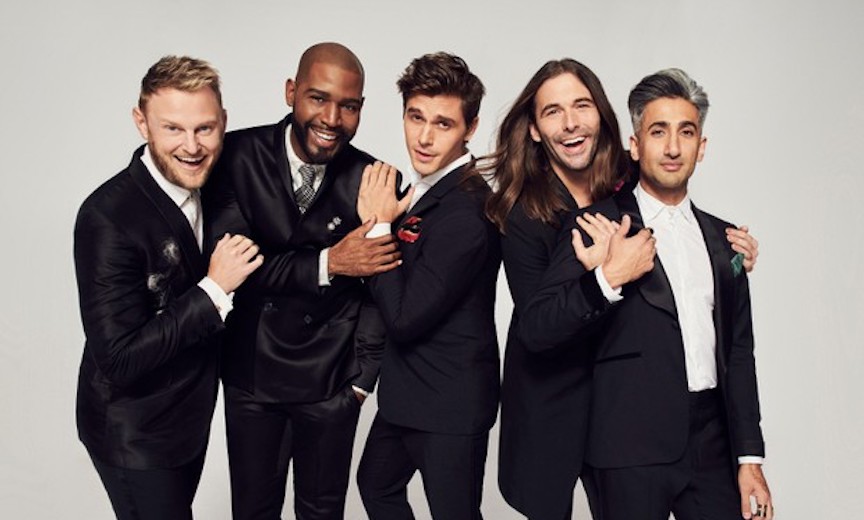 Bye Bye Bye Bravo and Hello, Netflix. Next month, the platform will reboot the groundbreaking (and Emmy-winning) lifestyle intervention show Queer Eye for the Straight Guy.

When the show was last on the air, n’Sync was still a going concern, Michael Jackson was alive, well and in court, and Hillary Clinton was but a lowly New York Senator. Now Netflix is ready to shine a streaming light on the five new experts who will be cleaning up America one slob at a time. The new fab five, as the original cast was dubbed, includes Bobby Berk (Interior Design),he five men leading the makeovers: Jonathan Van Ness (Grooming), Tan France (Fashion), Antoni Porowski (Food & Wine) and Karamo Brown (Culture).

Unlike the original five seasons based in Manhattan 2003-07 and that made careers for Kyan Douglas, Thom Filicia, and Jai Rodriguez (and especially Ted Allen and Carson Kressley), the 2018 version will provide reality checks, retooled lives and refurbished surroundings to the stronghold of the Deep South: Atlanta, Georgia.

A Netflix announcement says simply that the new group “will forge relationships with men and women from a wide array of backgrounds and beliefs often contrary to their own, touching on everything from LGBTQ rights and social commentary to how to make the best farm-to-table guacamole and more!”

American society has changed a great deal since the last cast signed off, and Netflix intends to both take that into account and parlay it to an advantage — both with audiences who enjoyed the Bravo years and those who had heard of Queer Eye but were too young to watch the series or appreciate its cultural impact.

The original series, along with Will & Grace and HBO’s Queer As Folk, are credited with moving the needle in American society’s attitudes toward the LGBT community. In fact, when Bravo first cast the original quintet, not all of the experts were out to their own families.

Series creator David Collins told one reporter, “It’s a new time with a new audience. If the original round was about tolerance, this time it is about acceptance.” 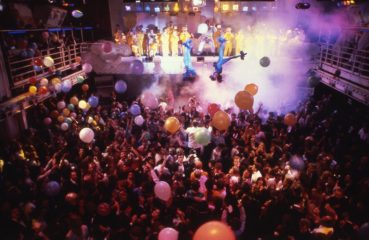 The Decadent Days of Disco Captured in a New Book: “Studio 54”

Studio 54 | By Ian Schrager; Rizzoli New York; $75 From the moment studio 54 opened in 1977, the club provided spectacles that epitomized the idea that nothing succeeds like... 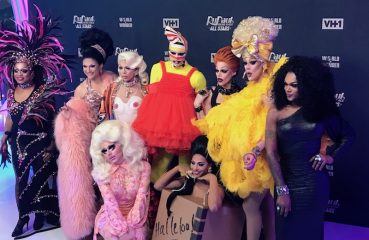 God Save the Queens: Here Come RuPaul’s All-Stars for Season 3

Welcome to the anything-but-flat screen, as the queens from RuPaul’s Drag Race All-Stars Season 3 gathered to play nice together — maybe for the last time. On a chilly...