Last night, American audiences were treated to an evening of exciting television, at once a sporting competition and a spectator event, even if some of us were just there for the commercials.

That is: Violet and Cora did battle, the villagers toured the house, and as always, wasn’t the scenery so pretty for Viking River Cruises?

Mr. Carson said he would go to Kinko’s himself. (Photo (C) Nick Briggs/Carnival Film for Masterpiece)

The hospital merger is finally over, with progress winning in the end: Downton will merge with York. (+1 These Changing Times) There won’t be any big management changes…save for one power transfer. Lady Grantham will replace the Dowager Countess as the president, and she will deal with it publicly and fabulously. Cora must also deal with Robert, who worries she’s too frail to be president of the hospital. It’s ironic given that he spends the whole episode convalescing in bed. (-1 Family)

Lady Mary goes to a little dinner party at The Criterion organized by Evelyn Napier, one of her also-rans. There, she’s first invited to watch Henry Talbot and his buddy race cars next month, and then given the opportunity to crow over not being a war widow. Classy. (-1 Family) The scene ends with a kiss in the rain. In a coda scene at the London flat, Mary does three of my favorite things: gets Tom excited about cars (+1 Matt), drinks whiskey (+1 Family), and shades Edith (not sure who gets that point).

Speaking of Edith, she gives Bertie a tour of the nursery full of sleeping babes. Right there is Mary’s legitimate son George, that’s Tom’s legitimate daughter Sybbie, and there’s…the other one. The thing about Downton Abbey is, you never know if something talked about across episodes will erupt (Robert’s ulcer) or fizzle (Mrs. Baxter’s testimony). So for now, let’s treat this one as a yellow light.

Bigger than any one character this episode, though, is the house itself. The rent is too damn high, and it’s affecting everyone. It’s bad news for the staff: redundancies are coming. But it’s good news for the villagers: a visit to Downton Abbeyland! Tom’s idea to use tourism for solvency is not only ahead of its time, but one that in 1993 would go all the way up to Her Majesty the Queen and Buckingham Palace. (+1 These Changing Times) And it seemed to have worked for her, too. (+1 The Windsors) Some of the family calls the idea “revolting” and “rather frightful,” but two words for you, Robert: “Canadian railroads.”

…and what happened downstairs…

The big house isn’t the only one to see some shuffling. Chez Bates, we learn they’ll soon be trading up to make room for a bigger family, assuming all goes well with the London doctor. Affairs at the Carson house, though, are a bit more dire: bedsheet corners aren’t tight, breakfast isn’t frequent, and now with Mrs. Hughes forgetting the lemons, the marriage is in shambles. Things are a little more solid over at Yew Tree Farm, where Mr. Mason has a small army helping him settle in.

Which brings us to Daisy.

I worry that Sergeant Willis will be back next week. Not for Mrs. Baxter, not for Anna, but for us, the viewers. Because we will have been seen killing Daisy. Her weekly musings in Marxism have been somewhat grating, but no more so than when your college roommate discovers Ayn Rand, and this week’s was certainly offset by her care for Mr. Mason. But I could feel things among us quickly going Murder on the Orient Express when Mrs. Patmore’s love note was found in the rubbish bin. Really, no reasonable jury would hold any of us responsible for whatever may happen to Daisy between this week and next. (-1 Staff)

Before anyone acts on that, though, we have to deal with the Thomas question. His upcoming redundancy is rather his own doing. Had he not finagled himself into an invented post that’s “fragrant with memories of a lost world” (one guess for who said it), he’d probably be OK. More pressing, though, is that sad and somewhat ominous shot of him crying. After all these years, it’s odd to adjust to Thomas being presented as a character of pity.

…and how Julian bulldozed the door between them:
For the second week in a row, I’d say he didn’t. No staffers took family members to political rallies; no kitchen assistants confronted the lady of the house. A place for everybody and everyone in their place this week.

Just Checking: Are These Times of Change?
Well, there’s the “idiotic” (Lord Grantham) and “dangerous precedent” (Mr. Carson) of opening Downton Abbey up to looky-loos, which according to Mr. Carson will lead to “a guillotine in Trafalgar Square.”

And we’d be remiss to skip the bedchamber scene wherein everyone lays it on a little too thick, even for Downton Abbey, that this way of life can’t go on forever. (-1 Julian Fellowes) Oddly, it’s the thoroughly modern Mary who calls this “weakling talk.” (-1 These Changing Times)

Newfangled Gadgetry
I’ve got not nothing. I thought I was on to something with the velvet ropes used on the house tour. But nope. They were invented by George Boldt to cordon off VIP sections of his new hotel, the Waldorf Astoria, opened 1894. Sorry.

Who Was That Guy?

This Week’s Winner
Lady Grantham. (+1 Family) Congratulations on your presidency, but good luck dealing with the ridiculous family you married into.

Daisy. (-1 Staff) Again. (-1 Staff) I could deal with Daisy the adorable little liberal, but sabotaging dear Mrs. Patmore’s chance at love is flatly unforgivable. Mrs. P. is occupied with her new B&B to spend too much time on this, but still!

On Warning
Julian Fellowes. I don’t know if we have any more swanky restaurant dinners planned for this season, Fellowes, but if we do, they damn well need some incidental music.

Season 6 Leaderboard
Villagers: 0 points (+1 from Episode 5). Again, thank you to the fellow who put A and B together to get Abbey.

Matt Gurry writes about Downton Abbey with an unhealthy enthusiasm at decantersandbanter.wordpress.com. Join us next week for our next episode recap!

“A day of racing cars and pigs. Who could better that?” asks Tom early in Episode 5. “My ulcer, by not erupting at dinner,” thinks Lord Grantham. And long live Queen Mary!... 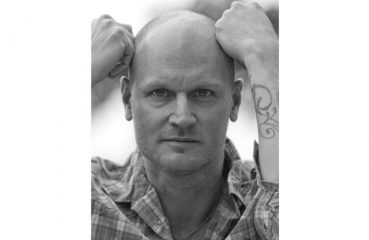 We’ve read about him growing up in a madhouse and battling with addiction. Now Augusten Burroughs is back to continue his story, with his craziest challenge yet: finding a...