Researchers May Have Discovered a “Gender Identity” Gene

Genetic variants that may help determine gender identity have been identified, adding fuel to the fire that gender is not a “choice.”

According to a press report first issued by The Times of London, researchers theorize that the production of sex hormones and the development of nerve cells could provide a rationale for why some experience gender disparity, if they feel inside that their outward appearance does not reflect who they really are.

Geneticist Ricki Lewis told The Times that the preliminary finding “lends legitimacy, if that needs to be added, that transgender is not a choice but a way of being. I think people will be excited by this.”

A research team of led by Dr. John Theisen, a professor of Reproductive Endocrinology, Infertility and Genetics at Augusta University, went on a hunt for genetic variants common in the sequenced DNA of 14 female-to-male and 16 male-to-female transgender people. What they found were specific differences common between them, but observed in the general population at a ratio less than one in 10,000.


More than two dozen variants were found. Among those, nine of those were discovered in genes partially responsible for brain cell growth, or testosterone and estrogen generation.

The findings are preliminary, says Theisen, and the sample size is too small to draw ironclad conclusions yet. The research has also yet to clear the all-important hurdle of peer review, but to date, the evidence his team found is consistent with similar work on a path to unlock a possible physical component to gender identity.

Now it’s up to scientists to try to validate the findings of Theisen’s team through replication. A molecular geneticist at the Hudson Institute of Medical Research in Victoria, Australia named Vincent Harley is cautiously optimistic. Harley’s research found that trans people share a specific testosterone receptor not often found in men who are cisgender.

Theisen’s research was presented at a meeting of the Society for Reproductive Investigation in San Diego earlier this month.

And, as The Times points out, the diagnosis “Gender Identity Disorder” was officially expunged from The Diagnostic and Statistical Manual of Mental Disorders (DSM) the American Psychiatric Association back in 2012. The board of trustees of the APA replaced that description with “Gender Dysphoria,” meant to describe those who experience “a marked incongruence between one’s experienced/expressed gender and assigned gender.” 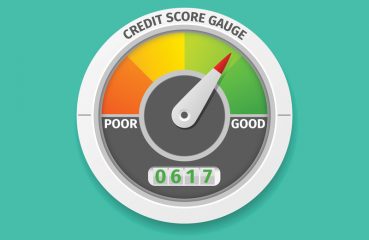 Due A Little Credit? You’ve Got to Follow Our Checklist

Do banks see you as a good candidate? Here’s how to put your best financial foot forward. LGBT people often encounter different financial ups and downs than their straight...

Wed in the World: Marriage Equality News from around the World

Bermuda changes its mind, while a wedding stirs controversy in India. Plus, bad news for a Florida schoolteacher, good news for one of our favorite celebs and more. Bermuda Less...