AIDS in Film: Every Picture Tells a Story

For our entertainment issue, we took a look back through our MetroHIV film coverage on the lookout for great films we haven’t previously discussed — and where you can seek them out today. A riveting short documentary about the final days of Todd Coleman, 22, and those who cared for him: a true and heartbreaking look at what living with AIDS looked like in the 1980s. Available ON: Vimeo

A group of friends in the early 1980s deal with the chaos as a “new illness” attacks gay men in their youth, and nobody is sure who will find a purple lesion or develop pneumonia next. Its ending beach scene is haunting. Available ON: Netflix DVD

Nick is a gay man who has tested positive for HIV, developed a devastating opportunistic infection, and has only a few days left of consciousness left. He (and a star-studded cast) have one last party to celebrate his life. Available ON: DVD

A biopic about the life of supermodel Gia Carangi, who rose to fame in the late 1970s before spiraling downward. Perfectly played by a young Angelina Jolie, Gia is a gripping tale of fame, drugs, and the desire to be loved. Available ON: Amazon Prime Streaming, iTunes, HBOGO

Clareece “Precious” Jones is a teenager already pregnant with her second child, who escapes reality through a richly-imagined inner life. Dealing with physical and emotional abuse in a raw and realistic way, the film won Mo’Nique an Oscar and made Gabourey Sidibe an instant sensation. Available ON: Netflix DVD, Amazon Video, iTunes

A documentary that chronicles the early days of the AIDS epidemic in San Francisco, showcasing the rise of activism and the bond of community. Available ON: Netflix Streaming, Amazon Video, iTunes

In 1985 — at the height of the AIDS epidemic when no effective treatments were available, innocent young dancer Frankie ponders whether or not to take a test that could well reveal more than he’s ready to know. Available ON: DVD, Amazon Video

How to Lose Those Last Ten Pounds? Ask Dr. Scarpidis

At some point, you may not be able to sculpt your body any further, but perhaps your doctor can.... 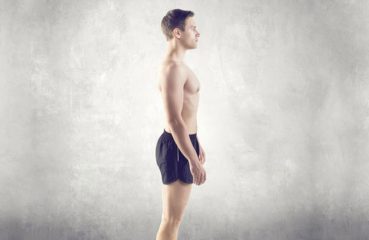 The Alexander Technique is a practice — originally used by actors to addresses chronic ailments — that just may help you to stop stressing yourself out. A longtime open secret...