Robbie Williams Returns with a Little Help from His Friends

On his strongest release to date, the veteran British performer collaborates with a wide range of unexpected special guests. Featuring tracks co-written by and performed with Rufus Wainwright, Brandon Flowers of The Killers, Ed Sheeran and Stuart Price (revered producer for superstars such as Madonna, Gwen Stefani and Kylie Minogue), Williams’ latest collection is a tour de force. Inspired by ‘80s pop and ‘70s funk, The Heavy Entertainment Show is full of camp, glam and the pop star’s signature cheekiness. He also displays a softer side in a gorgeous duet with rising gay singer John Grant entitled “I Don’t Want to Hurt You” (which is reminiscent of the early Williams mega-single “Angels”). He then bares his soul even further on the album’s passionate closer, “Marry Me,” declaring: “You make me feel like nothing has been real – until now.” Join Robbie’s five million Facebook fans at facebook.com/robbiewilliams. 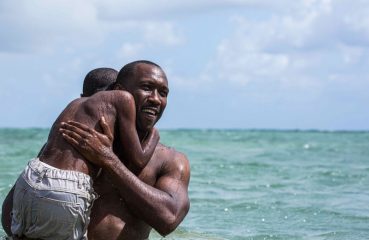 Growing up Gay on Miami’s Mean Streets in Moonlight

Executive produced by Brad Pitt, Moonlight is a film of exceptional quality from writer and director Barry Jenkins. it’s both a portrait of a black gay man growing up on the...

Chita Rivera at The Broad Stage

February 10 Yes, at 84 years old, Chita Rivera is still killing it at solo concerts, backed by a lean and mean trio of musicians who help her revisit signature moments from West...