Salt of the Earth

For a film that consists largely of sustained shots of still images (zooming and panning across them in the style of Ken Burns), Salt of the Earth is remarkably riveting.

It’s a testament to the life’s work of photographer Sebastião Salgado. As we view his exquisite pictures (both professional and personal), we also hear his sage voice describing what he’s witnessed since 1973 when he left a job at the world bank to travel the world taking pictures of humanity, sometimes at great personal risk. The resulting images — though often haunting — possess a heartbreaking beauty. Then, after decades of this work, Salgado eventually turned his lens away from people to spend ten years photographing the natural world and some of the hopeful efforts to protect it.

THE WORD: A cello-heavy score, at turns mournful and soaring, seems to lead the way through this procession of powerful words and images.
COMING TO: Theaters

It’s the episode that launched a thousand uncomfortable conversations about Grindr in gay households all across the nation – join Paul Hagen for the Season 2 finale of... 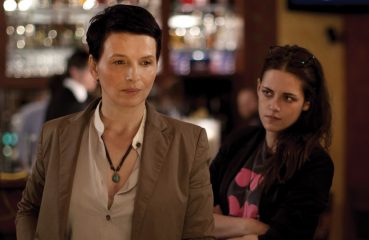