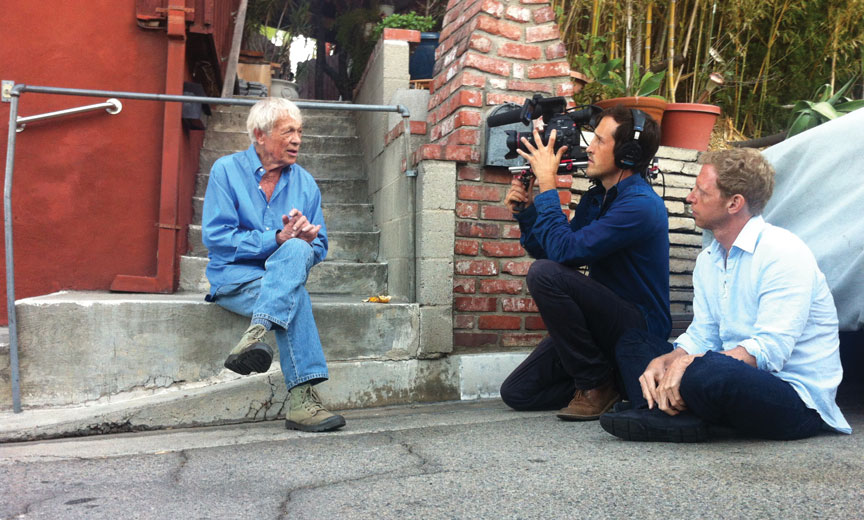 Meet Scotty, an ex-marine who saw action in WW II, though Scotty’s not a fighter, he’s a lover – of women, men, friendship, fame, his hilarious old wife, many cats and also junk (including old toilets) that he finds of the streets of LA. But before there was present day Scotty, there was the very sexy Scotty of ‘40s and ‘50s Hollywood where he ran a gas station from which he brokered male and female ‘companionship’ to some of Hollywood’s biggest stars. The list of Golden Age celebrity clientele is long, including Cary Grant, Katherine Hepburn, Spencer Tracy, Lana Turner, Ava Gardner, Rock Hudson and many more. For more than 50 years Scotty faithfully kept their secrets until finally telling all in his 2012 New York Times bestselling memoir Full Service – because by then all the potentially scandalized parties were deceased. Yet Scotty continues on, clearly one of those folks who ward off deterioration by continuing to do what he loves. He catches flack from some for spilling the beans, which raises the question: where does the right to privacy end? And perhaps also: if some of these glamorous icons truly were gay – do we fellow gays deserve a chance to know and appreciate our famous brethren for who they really were, not to mention for how they were forced to find gratification through a secret network since they couldn’t have it in their public lives? This documentary offers a picture of a gorgeous and flawed world that so many love to look at, and an extraordinary life woven throughout it. THE WORD: It’s a delight to hear Scotty’s outrageous stories from the past, and to get to know the man himself: as beautiful, complex and imperfect as any to grace the screen. COMING TO: Theaters

Whitney Houston was a tragic figure, counter to the sunny soul pop confections that made her one of the top recording artists of her lifetime. All of that roars to vivid life in... 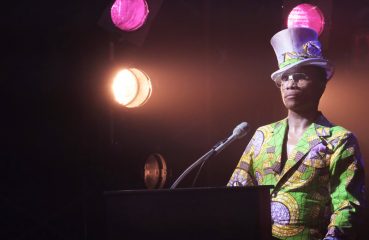 Did you pick up on references to Paris is Burning, the House of Labeija, Donald Trump and others in our favorite new show of 2018? Ryan Murphy’s Pose may be the crown jewel in a...