Supreme Court nominee Brett Kavanaugh’s record on LGBTQ rights is already murky. But he has been endorsed by a major foe of equality — and now Republicans are trying to keep his past record under wraps and rush his appointment while they still have enough votes to confirm him.

Hearings to confirm Judge Kavanaugh began today in Washington amid a near-circus of criticism, with protesters being forcibly ejected from the gallery. Meanwhile, Republican lawmakers are attempting to ram the confirmation through before the midterm elections while simultaneously withholding more than 100,000 pages of records from Kavanaugh’s years serving the George W. Bush administration. The Trump White House claims the action is covered by “executive privilege.”

If appointed, Kavanaugh would succeed Justice Anthony Kennedy, who announced his retirement earlier this year and was often considered one of the swing voting moderates on an increasingly polarized court. What’s shaping up are the most contentious confirmation hearings since the heyday of the Clarence Thomas/Anita Hill fracas of the early ’90s.

Democrats moved to shut down the proceedings today while decrying the administration’s attempt to have their nominee confirmed without proper vetting.

Democratic leader Sen. Chuck Schumer quickly rebuked the intention to hide Kavanaugh’s past in a tweet on Saturday. “We’re witnessing a Friday night document massacre,” Schumer wrote. “President Trump’s decision to step in at the last moment and hide 100k pages of Judge Kavanaugh’s records from the American public is not only unprecedented in the history of SCOTUS noms, it has all the makings of a cover-up.”

All of this is worrisome to members of the LGBTQ community, who have reason enough to be concerned, given that Kavanaugh’s appointment met huzzahs from Tony Perkins, president of Family Research Council — which has been designated as a hate group by the Southern Poverty Law Center. As the SPLC puts it bluntly, Perkins’ group often makes “false claims about the LGBT community based on discredited research and junk science,” with the intended goal “to denigrate LGBT people as the organization battles against same-sex marriage.”

Perkins is transparent in his hopes for the nominee: “From the day Justice Kennedy retired, the left has sought to make this vacancy all about abortion – even though many other significant issues are at stake, including religious freedom and free speech. Under the Obama administration, we saw a growing assault on religious freedom and the courts became a battleground for secularists seeking to remove faith from the public square.”

While The Daily Beast characterizes Kavanaugh’s record on LGBTQ issues a “relatively blank slate,” the stakes couldn’t be higher. Kavanaugh could erode or eradicate many of the hard-won legal victories of the past decade, including marriage equality and the expansion of so-called religious freedom laws that provide shelter for conservatives to discriminate based on sexual orientation or gender considerations. Other targets could include a woman’s right to choose in abortion cases and the Affordable Care Act, as well as Affirmative Action.

Small wonder that conservatives are trying to railroad the nomination through. Not only is there a very real possibility of Democrats retaking the House of Representatives in the coming midterm elections; the more Americans know about Kavanaugh, the less they like him.

According to a poll by no less than Fox News, support for the nominee has eroded steadily since his selection was announced. After Donald Trump’s appointment July 9, those polled favored Kavanaugh’s appointment by a 36-32 margin, with 30 per cent registering no opinion. By August, those numbers had shifted substantially, with 45 per cent of respondents saying they’d favor the confirmation and another 46 per cent say they oppose. The number of those “unsure” shrank to 9 per cent. 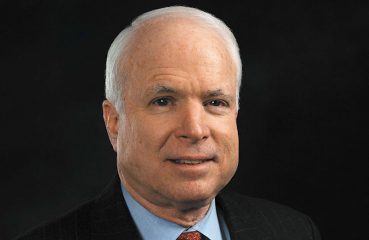 Tributes and tirades related to the death of Arizona Sen. John McCan caused a social media tsunami over the 48 hours since the late lawmaker’s passing, and no one seems to... 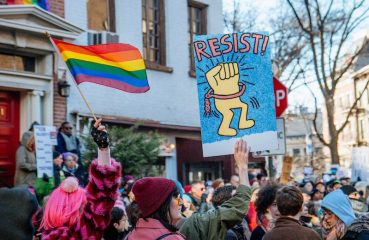 Who wrote the anonymous editorial in The New York Times claiming to resist Donald Trump’s worst impulses? I did. And so did you. The evidence that the President of the...