Scruff CEO: App Users Have a Right to Privacy Protections 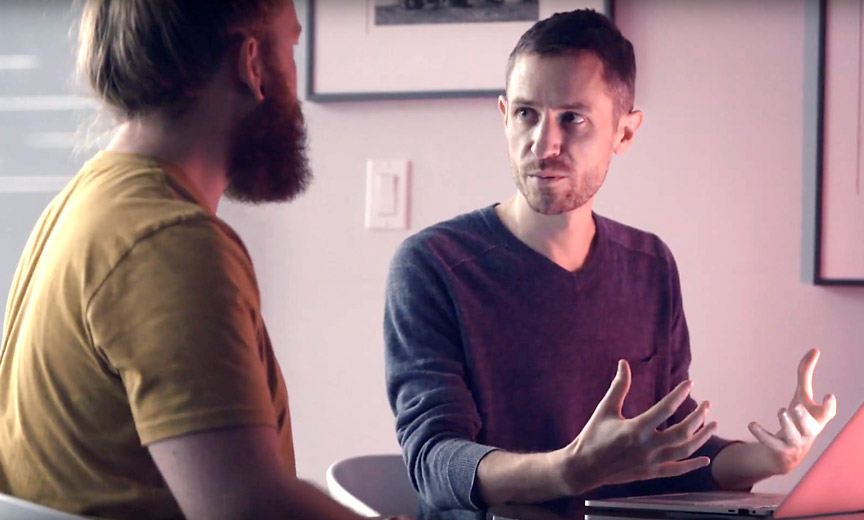 Just as dating apps changed the way men connect, laws and consumer pressure is changing the way apps work to protect their user base. According to Scruff CEO Eric Sliverberg, that’s merely the tip of the iceberg.

Just last week, the Chinese gaming company called Bejing Kunlun Tech caved to US government pressure to divest itself of Grindr. Kunlun acquired the hookup app in two separate deals transacted between 2016 and 2018.

Now, after a “request” from the Committee on Foreign Investment (CIFUS), Kunlun states they will no longer call the shots on Grindr after June 2020. All of this, says Silverberg, stems from misuse of client information and prioritizing profits over people.

A Slap on the App

Last year, Grindr wound up on the wrong end of a public relations disaster when it was revealed that the app’s owners had sold users’ HIV status information to a third party. That callousness was amplified when concerns grew about how easy it is to stalk users and unlock other bits of sensitive information about Grindr’s client base.

Those issues, and the laissez faire policies of social media giants like Facebook have led to an industry-wide reevaluation, says Silverberg. And having a gay hookup app like Grindr owned and operated by straight profiteers was a planted minefield simply waiting for traffic to generate an explosion.

“It’s important that apps serving the gay and queer community understand that product decisions are going to be inherently different than for straight communities,” Siverberg maintains. “Straight business owners frequently fail to understand the consequences of their decisions — a fact most strikingly demonstrated when Grindr elected to share HIV status of their members with advertisers. One can easily imagine how a straight manager, seeking to maximize revenue, would make that choice. But it’s tremendously problematic for a generation who have faced discrimination or exclusion if and when identified as poz.”

“Considerations about privacy is one of the reasons Scruff removed all programmatic advertising last August,” Silverberg says. “We wanted to make sure the privacy of our community was being sufficiently protected. Since then, we’ve revisited our entire advertising approach to ensure
we only work with advertisers who understand our community and want to reach our members in ways that are helpful and relevant to their lives.”

The trigger? Scruff was being seduced in exactly the same way that lured Grindr’s bosses to the Dark Side of business ethics.

Silverberg explains: “We found ourselves in a situation with a health advertiser who wanted to write us a six figure check — and it would have been the largest such check for an ad we’d ever received. But this advertiser requested member-identifying information in return. So we said no, and walked away from the deal. This is a decision that other apps, led by managers who aren’t themselves a part of the community they serve, likely could not or would not have made.”

Tip of the Iceberg

Moreover, app owners need to understand just how much their users count on them in a variety of areas. Silverberg explains what lies beyond intuitively understanding the platform. And that can extend to issues like online bullying.

“As gay, trans, bi and queer people,” he says, “when we see harassment, it brings you back to what are often the most painful moments of your life. And at Scruff, we have demonstrated our commitment to take every incident reported seriously — in support and customer service. On our platform, you are two taps away from contacting Scruff support. You can submit a support request, and we have a team of 20 professions working 365 days a year to respond to our community. We respond to every request within 48 hours, and more than 80 percent within 24 hours. More than 99 percent of spam never makes it to our end users, and these anti-spam tools help us reduce bullying and harassment as well.”

For example, take the recent case of an app where a user’s ex decided to send more than a thousand people directly to this man’s door under the pretense of a sex. The victim sued the app for negligence.

Scruff representatives were also called into the NY attorney general’s office to testify about the case. “We reported that he had attempted to do the same thing on our service,” says the CEO, “and we shut it down in less than 24 hours. And they marveled that what was so easy for us to identify and take care of, the other app, Grindr in this case, had no internal structure for dealing with. Scruff recognizes the value in protecting our users.

“As CEO, I take the protection of our community as a top priority because I’m part of the community, too. But it’s important to note this is a bigger issue that just harassment on gay apps — we see similar concerns raised by users of other mainstream social platforms. That’s why we believe this will be a critical issue as policymakers look to regulate social platforms in the coming year.”

Silverberg is convinced such regulation is inevitable. “I believe we are entering a new era where people are going to start asking the leaders of major platforms — Facebook, Instagram and Snapchat — to explain themselves and their business practices. It’s like the era when the contents of food became required on the labels. People are becoming more savvy and they’re going to make smarter choices about what platforms are doing with their information. They’re starting to ask how these platforms’ ethics align with their own values.”

The Wild West days of the apps where anything goes may be over forever. And while Scruff’s officers may welcome accountability, they’re also wary of who’s making the rules.

For starters, he says, “There’s a bigger issue about safe spaces in the classic sense. Mainstream sites are becoming less safe for gay people. Whether it’s because business are incapable of moderating their sites or because the app stores have become more draconian in their policies. Tumblr and Facebook have had to modify their content policies as a result of the rules on the app stores. And that’s affected Scruff as well. There are no more underwear or swimsuit photos allowed on our main profile pics, and that’s the reason. We got a lot of complaints that this was body shaming, restrictive and even homophobic. And I agree. I got angry too. And this is what happens when queer spaces are regulated or mediated by a heteronormative hierarchy.”

Silverberg warns that “queer spaces are under attack by straight people establishing the rules for everyone else.” Everyone is limited by their own experience, he’ll allow, but “it’s also important to have the humility to recognize what we don’t know and why our behavioral prescriptions may not be right for communities of which we are not a part. Scruff is very concerned about the continued restrictions of queer spaces, and will have much more to say in the weeks and months ahead.”

Much of what users have taken for granted is by no means permanent, he says. “We are at a historic inflection point. When GDPR (General Data Protection Regulation) introduced a groundbreaking privacy law that went into effect in Europe, it triggered a reaction here, and tech businesses should expect a higher level of scrutiny. I welcome that, because it’s time consumers hold these leaders and platforms accountable.”

App owners and operators in the future will no longer be able to shrug in a courtroom and tell judges and juries that customers engage at their own risk. Silverberg believes that the Grindr selling the HIV statuses of their clients is more than looking the other way.

Had someone asked about it before the election of 2016, Silverberg says he’d have called it negligence. But not now. “Capitalism and the profit motive is inherently amoral. But there is a point where negligence becomes malicious. Your inability to think through the consequences of your policies becomes a form of malice and is blame-worthy.” 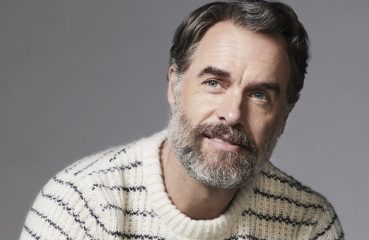 An Interview with the Talented, Sexy, Bearded and Beautiful Murray Bartlett

Years after Looking, Murray Bartlett heads back to the City by the Bay to give an iconic queer story a new chapter. Once Upon a “Tales” In the 1970s, author and gay... 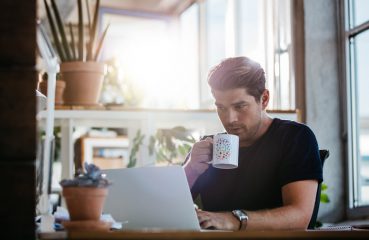 How to Seamlessly Integrate a Workspace into Any Home

In recent years, the workplace has been transformed by technology and the rise of the telecommuter. Many Americans are working primarily from home now, while others are taking...