Scruff to Super Bowl: "Play for Our Team"

Estimates begin at 600,000 for the number of visitors Phoenix will host in conjunction with this year’s Super Bowl. Add to this any B-roll of Super Bowl events shown on TV this week, and that’s a lot of eyes on Phoenix.

The gay social app Scruff has purchased a 14-by-48-foot digital display on a billboard facing the Arizona Cardinal Stadium, a venue for Super Bowl–related events. The ad puts two men in a locker room looking each other, with Scruff’s logo and the motto “Play for Our Team.” Whom is Scruff trying to target? And what are they trying to say? We woofed (by phone) Scruff’s founder Johnny Skandros, and he answered our questions. He also very kindly offered profile tips.

METROSOURCE: Where in Phoenix is this billboard?

JOHNNY SKANDROS: Right outside the Super Bowl stadium. There’s also a second one in the Phoenix gayborhood (it’s not too far from the stadium).

And what’s on it?

There are two guys dressed in uniform, giving each other a glance with our Scruff logo and the tagline, “Play for Our Team.”

When did it go up?

Have you gotten any response so far?

Nothing yet, but it’s starting now. We have seen an increase in downloads.

[laughs] Really, what inspired this ad is that we wanted to reach our gay sports fans and our members as they attend the Super Bowl, which is obviously one of the biggest sports events in the world.

And Scruff also sponsors many gay sports teams across the country. That was part of the inspiration for this ad.

Also, in terms of gay sports, we offer free advertising to local gay sports teams to help with recruitment and community awareness.

Oh really? I’m on a gay swim team and I didn’t even know that.

Gays in professional sports is definitely a conversation now, and we’ll only be hearing more of it, but the argument we keep hearing (and it’s a weak, hack argument) is about locker-room paranoia. Straight guys are worried they’re going be cruised in the shower. As silly as it is, it’s a question we’re going to keep hearing it. I’m wondering with the billboard showing two guys glancing in the locker room, could this feed that fear?

Not at all. I’m hoping the ad will further a dialog about acceptance in sports. I think regardless of sexual orientation, everyone on a sports team is playing to win. Scruff really invites everyone to play on our team.

The NFL, especially, should recognize that gay men have been playing in the league since the very first Super Bowl.

Again, you asked about the response, the ad isn’t made to be salacious or shock anyone.I think what the ad also does is show that what “gay” looks like has changed dramatically over the past decade, and that’s because of the diversity of people who are coming out such as Michael Sam, Jason Collins.

There’s been speculation that Michael Sam was released of contracts with both St Louis and Dallas due to his being gay. Do you think there’s anything there?

Look, I applaud the team owners for their public support of Michael Sam when he came out. However, because of the global visibility of the Super Bowl the NFL has the opportunity to keep driving this conversation about inclusion, and that message is very important — especially in countries where gays are persecuted.

You can speculate why Michael Sam is no longer in the NFL, but I don’t know.

I think there is a positive trend in the number of openly gay players and even gay fans. You know, there’s another part. There hasn’t been any discussion of the gay fans out there. The number of gay players and gay fans can be accelerated as the NFL steps into a leadership on the subject of gay inclusion.

Are you a football fan?

Yes, I am a football fan. I don’t follow it religiously, so [laughs] I’d prefer if you didn’t ask me any deep questions about football.

I wouldn’t know how to.

Eh— I don’t wanna say which one. The—

How many users are on Scruff now? And you are worldwide, right?

Yes. We’re worldwide, we have over 7 million members now.

As someone who ostensibly knows about Scruff, are there any profile elements get more or less response?

Yes. Number one: a face picture. Definitely a face picture, no headless torso. people with face pictures get far more looks, far more messages, far more attention. So I tell people to put up a face picture. Then, it’s really up to the person what they want to put up in their profiles. Scruff offers a very robust way to give details about yourself. You can enter as many details as you want. I think being honest in there and writing what you’re looking for and what you’re interested in…it all helps. 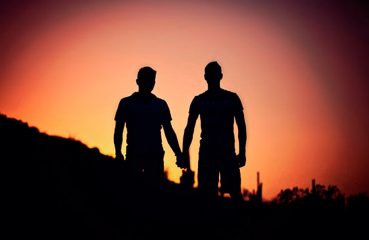 Going into the Martin Luther King. Jr holiday weekend — fittingly — the Supreme Court announced it will hear arguments for four consolidated cases that could bring about...

Looking for something bubbly to tickle your valentine? Try the Forest Rossini, shared with us by the people who craft Freixenet. Its delightful fruit flavors and festive color...