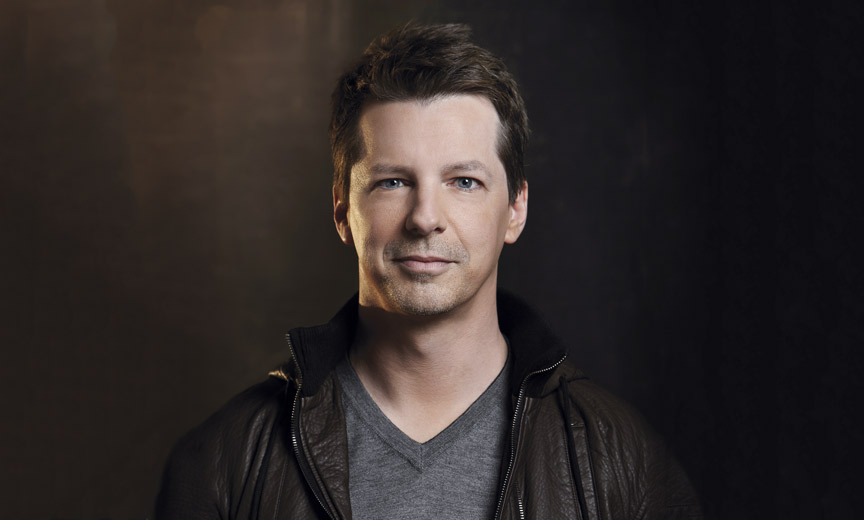 Last night NBC announced that the reboot of Will & Grace has been canceled. But just a few weeks before the show got its second life (and almost exactly three years ago), actor Sean Hayes sat down with Metrosource to reflect on his career — and candidly said that he’d never play Jack McFarland again. Just a few weeks later, he was doing exactly that. Hayes is insightful, reflective, and always funny. We offer this up again as a tip of the hat to the cast and to say a heartfelt thank you.
— The Editors at Metrosource

Picture God: Not the one you see on church ceilings or the one you invoke when you’re cut off in traffic. No, this incarnation of The Almighty bears a striking resemblance to actor Sean Hayes, now currently appearing to his faithful followers in the Broadway comedy An Act of God.

So far, the man who famously out-Chered Cher has spent his day schlepping through the crowd-clogged streets of Manhattan — dodging taxis and pedestrians just like like the rest of us mere mortals. In a few hours, however, he’ll once again don his celestial robes to patiently explain how we got here, what it all means, and why an online profile would best describe God’s relationship with humanity as “complicated.”

Hayes is best known for his multiple Emmy Award-winning eight seasons playing Jack McFarland, the flamboyantly gay foil to Eric McCormack and Debra Messing’s Will & Grace. But he was always good at getting attention, he says as we chat over coffee. He first turned heads as a piano prodigy after entering numerous competitions as a child.

By the time he was a high schooler, Hayes was obsessed with entertainment in general and comedy in particular. He points to cultural touchstones including “Saturday Night Live, vintage sitcoms and Jerry Lewis movies,” and recalls his annual New Year’s ritual of sitting in front of the family TV delighting to the Marx Brothers’ madcap masterpiece, Duck Soup.

Then he discovered theater. “My first onstage experience came playing Sir Andrew in Shakespeare’s Twelfth Night,” he recalls. “I didn’t understand the thread of the piece like I do now, but I was getting laughs.”However, even as Hayes was learning how to court audience approval, he also discovered something he believed the world should never know: that he was gay. “I was pretty fearful of the outside world,” he says, looking back. “But I was drawn to be myself in the theater, and I felt really welcomed and at home there.”

If the theater was home, the Hayes household was anything but, and young Sean did what he could to maintain appearances. “But pretty soon, my Mom was asking me, ‘Are you in Bye Bye Birdie at school?’” Hayes winces. “I felt sure that if they knew I was into theater, they’d know I was gay as well.”

Still determined to keep his sexuality secret, Hayes threw himself into his studies at Illinois State University — majoring in piano performance and minoring in theater. Then, with just a few course credits remaining, Hayes abruptly quit when he was offered an opportunity to become musical director at a local resort theater. Hayes calls it “a really great opportunity at a really young age.” And, as he watched, the career he truly longed for was mere feet away. 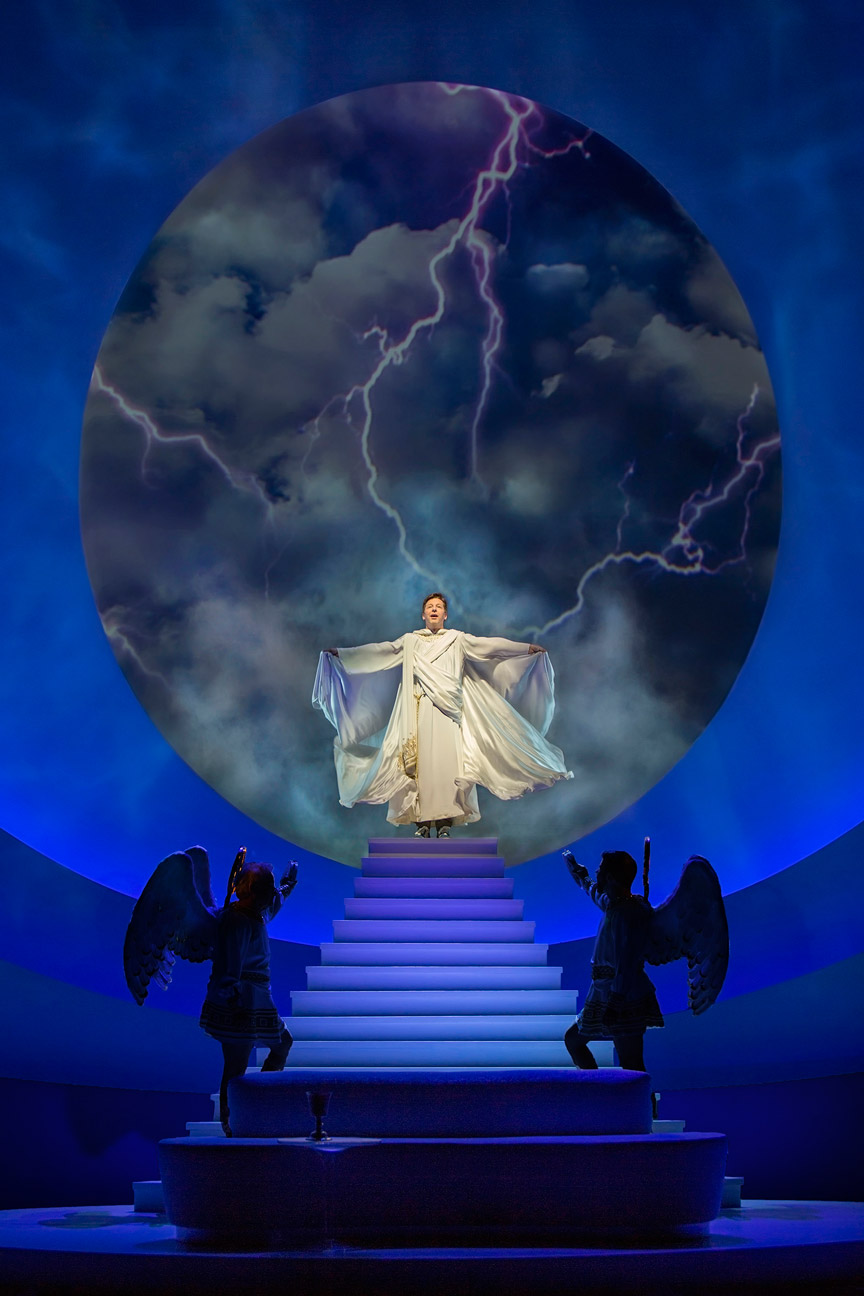 “It wasn’t long before I found myself conducting in the pit and getting jealous of all the performers,” he says ruefully. “So I made the decision to push myself. I worked hard to get an agent, and I started to get commercial work. Then 1998 happened.”

You might call 1998 the year of Sean Hayes. “I won the lottery, that’s for sure,” he says of his move to LA. “My main goal was to get real acting work. I got [the title role in the Indie hit] Billy’s Hollywood Screen Kiss. When I got back from taking that to the Sundance Film Festival, I got two huge commercials in the Super Bowl, and then I got cast in Will & Grace.”

Hayes believes Billy’s favorable reception gave him the confidence that catapulted him into overnight fame. “Hollywood has this term they love called ‘heat,’ and because of the buzz around Billy’s Hollywood Screen Kiss, I guess I had some heat behind me at the moment,” Hayes recalls of his Will & Grace audition. “I knew, maybe naively at 27, that I didn’t have to be desperate — which is something I think people can smell, you know?”

Over time, the role that made him a star evolved to incorporate elements of his own personality. “I truly believe that’s when the writer is the smartest, when he recognizes the thing that makes an actor special,” says Hayes. “As soon as they can tap into that, everybody wins and everybody gets happier. A lot of that silly, carefree acting style that is so identifiable as Jack became easier and more fun.”

In addition to the Desi and Lucy magic that Eric McCormack and Debra Messing sprinkled over the show, their performances also helped anchor the show in a way that gave Hayes and Megan Mullally free rein to take their characters to infinity and beyond. “You couldn’t really do a Karen and Jack show because it would be too insane. You’d have two characters in outer space with no basis in reality.

“Megan and I had the same sense of humor,” Hayes says wistfully. “A lot of the days, we would share this silly and juvenile hilarious banter, and to this day, we still have that silly side to us. We’re both theater folk, and I think theater folk have a certain language. You form this instant bond because you immediately understand each other.”

What they couldn’t have known then was that one week at a time, they would be shifting the nation’s attitudes toward gay people – so much so that eventually Vice President Joe Biden credited them for moving the national needle in the direction of gay equality. In a 2012 interview with David Gregory on Meet the Press, Biden told the anchor that America was ready for same-sex marriage. Then he said, “I think Will & Grace probably did more to educate the American public than almost anything anybody’s done so far.” 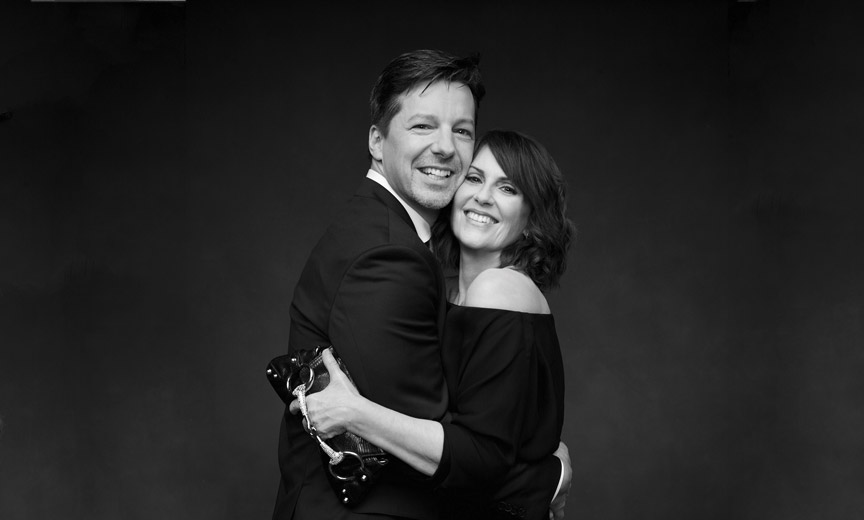 “That was hard to wrap my mind around for a while,” Hayes says. “But you feel it, and really deeply. It made me realize we were part of a show that was funny and accepted, but a byproduct was that we got to say more than that.”

Hayes pauses, stuck in the moment. “I wish I had the courage to be more out at the time, looking back. I know that I was infusing a lot of myself into the show, and having Biden say that, I was honored and touched that I was a part of something so much bigger than me. But it’s also hard in a way. I don’t wake up every day thinking I’ve made that kind of a difference. But when people remind me of it, it’s something humbling and gratifying.”

Much as Hayes loved playing Jack, he warns fans not to hold their breath for a reunion or follow-up á la Absolutely Fabulous. “We’re all different people now,” he says. “Besides, I was growing and the character was not, so it became time for all of us to move on.”

All Bets Are Off

By the end of Will & Grace, Hayes knew he could delight the masses. But, he wondered, would he ever please himself? “At some point in life, you have to realize that all bets are off, and this is who I am,” says the actor. “I know that I have an issue with care-taking and trying to make sure everybody is okay and that everyone in the room is having a good time. But eventually, you start trying to require yourself to be more self-aware and begin to like yourself. It’s a never-ending journey, and part of that acceptance means opening yourself up and revealing who you are, even if it means somebody might not like you.”

Nowadays it seems that Hayes has become daring to the point of near-fearlessness. In An Act of God, he plays a Creator who can be as moody as he is mirthful, and when he loses his temper, his Old Testament wrath makes the walls of the theater tremble around him.

“[The show’s author] David Javerbaum is such a gifted writer,” says Hayes. “His work is witty and clever, but thought-provoking, too.That’s what attracted me, because it really does go to some interesting, dark and deep places. I wouldn’t have done the show if it had been something that was just trivial or a trifle.

“I really connected with this piece because I’m fascinated with religion and people’s responses to it,” he says. “There are tons of laughs, but you don’t just have a laugh and walk out. It gives you something to think about. What if a certain passage in the Bible meant this instead of that? I think it’s rewarding, and it allows you to take something more away.”

Occasionally, he’ll admit, “a couple of people of a certain age will walk out. I think it’s happened twice in 90 performances. Some people dont want to think too hard. We all know there are thousands of religions, but this play asks you to consider your beliefs and why any one religion might be the only true one.”

Having spent most of his career introducing himself to America on its home playing field of network TV, Hayes seems eager to meet audiences again on the turf where he’s most in his own element: the stage. Yes, he’s pressing his advantage with such provocative material. But he’s still serving it up with giant dollops of that irresistible Sean Hayes charm.

The man who was once “Just Jack” says it’s all to make a point: “We’re not so different in what we all want in life,” he says. “I believe that as soon as America realizes that, we’ll all be doing our part to help educate each other.” And, as part of his ongoing crusade to help people understand how “unthreatening and routine” gay people can be, he posts videos of himself and his husband clowning around for the camera and “being normal.”

“They’re fun,” he says. “But I also hope they remind people that in the end, we are your neighbors, your friends and your family.”

Check out a second installment of our interview with Sean Hayes, including video with his husband and his thoughts on playing real-life funnymen Jerry Lewis and Three Stooges middleman Larry Fine.