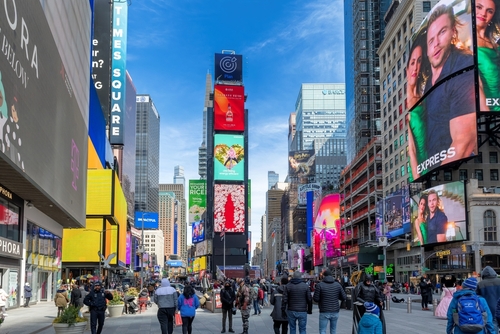 Summer in the city means sweaty subway platforms and crowded bars. It means weekend getaways and weeknight block parties. And for Broadway, it means tourists are packing the hits of the recent theatre season while the less successful shows struggle to stay open till Labor Day. It’s a great time to catch up on some of the best shows you might have missed amid all the COVID scares and commotions of life in 2022. I highly recommend Company, Hangmen, How I Learned to Drive, POTUS, Take Me Out, The Minutes, and The Music Man. 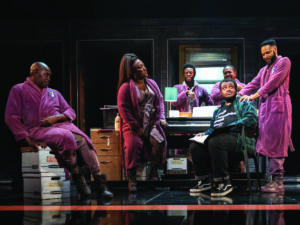 But the show that should be first on your list is A Strange Loop (Lyceum Theatre, open ended). Michael R. Jackson’s Pulitzer Prize-winning musical, which premiered at Playwrights Horizons in 2019, has finally opened on Broadway to well-deserved rave reviews. It’s hard to overstate the significance of this captivating piece of art and entertainment, exquisitely directed by Stephen Brackett (Be More Chill, Buyer & Cellar). I so want to praise the intersectionality of this authentically rendered story of a “fat, Black, queer” person, despite knowing Jackson’s much professed disdain (via A Strange Loop as well as in the press) for the virtue signaling and performative wokeness that’s today’s norm. The fact is anyone who identifies as any of those adjectives is going to find a lot to relate to in this landmark work, which will also appeal to everyone who cares about and/or enjoys genuinely great theater.

The new lead, Jaquel Spivey (23 and making an auspicious Broadway debut), brings new layers of vulnerability and sweetness to his role and is supported by the same tight ensemble of stars who originated the show: scintillating, sinewy Antwayn Hopper (on the heels of his triumph in The Life at City Center Encores), authoritative, uproarious James Jackson, Jr., earthy yet ethereal L. Morgan Lee, savvy, slippery John-Michael Lyles, heartbreaking and hilarious John-Andrew Morrison, and vigilant, versatile Jason Veasey. This is the best new musical on Broadway, since at least Hamilton, and you don’t want to miss it.

Some other Broadway news isn’t quite as good. The much anticipated first ever Broadway revival of Funny Girl (August Wilson Theatre, open ended) has opened to mostly bad reviews. The thing is it’s just not funny, girl. Hopes were high for Beanie Feldstein, but she doesn’t come close to filling Barbra Streisand’s legendary shoes. At least we’ve broken the seal. Maybe the next actor cast as Fanny Brice will only have to live up to this.

The only new Broadway show opening in this postseason limbo is The Kite Runner (Hayes Theater, July 6-October 30), Matthew Spangler’s adaptation of Khaled Hosseini’s acclaimed, best-selling novel. This Second Stage production features The Blacklist’s Amir Arison and is directed by Giles Croft, who helmed the hit West End run of the play,

Off-Broadway is still fertile ground with new shows opening all year. Some early summer highlights include:

Jamie Brewer (American Horror Story) and Deirdre O’Connell are featured in Will Arbery’s portrait of a woman with Down’s Syndrome in a small Texas city, directed by Sam Gold. 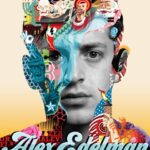 Jodi Picoult’s young adult novel gets the musical treatment with Broadway belters Vicki Lewis and Julia Murney among the cast.

The venerable Café Carlyle has at last reopened and some best bets there are:

The coolest room in town, Joe’s Pub, has a killer lineup featuring:

“Broadway’s Living Room” Feinstein’s/54 Below has got a ton of great stuff to see including:

The Green Room 42 is the place to be to see:

Birdland, “The Jazz Corner of the World,” is busting out:

Downstairs at the West Bank Café, the forever tribute to the late great lady of the stage, the Laurie Beechman Theatre is booked up with great shows:

The East Village relives its glory days at the intimate Pangea, particularly:

On the West Side, City Winery welcomes the cream of the crop:

Cherry’s On The Bay, Cherry Grove

And if you can’t get to Fire Island in person, make sure to watch actor-writer Joel Kim Booster’s brilliant Fire Island on Hulu. Co-starring with Booster are Bowen Yang, Conrad Ricamora, James Scully, Matt Rogers, Tomas Matos, Torian Miller, Nick Adams, and the one and only Margaret Cho. Watching this movie is like spending a week on Fire Island; as the minutes dwindled down, I got so sad it was almost over.

If you do make it out and you’re still feeling sentimental about our gay paradise, the Fire Island Pines Historical Preservation Society is offering dishy walking tours with a lot hotter gossip about what went on in this architectural beauties than the fancy society’s name might suggest. Do it! 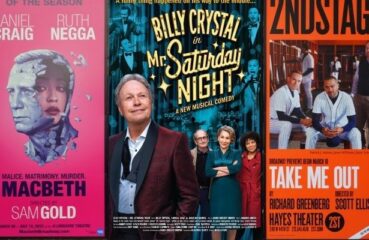 Happy spring, everybody! No, there wasn’t a full shutdown but all of New York seemed back in that slog of the darkest days of 2020, only without all the hope and courage! But... 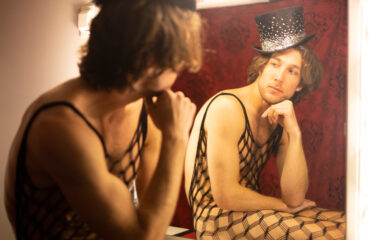 Conor Ryan is Flipping the Script

There’s a whole new generation of up-and-coming performers who aren’t afraid to live their truth as openly queer and they’re crushing it. While the calculation once revolved...