Sherry Vine Has No Plan B 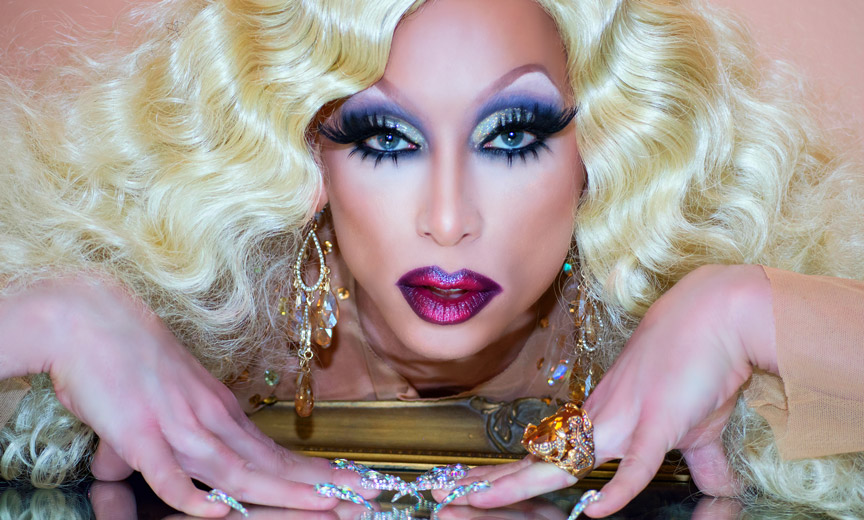 Why should you vote for Miss Vine?

We asked the always-entertaining drag queen Sherry Vine how she felt about being part of our 2018 People We Love celebration, and she offered some scintillating insights on her career, her fellow queens, and a community organization she loves to support.

“Hey, it’s Sherry Vine here, and I want to say I am thrilled and honored to be named by Metrosource as one of the Legendary New York City Drag Queens that We Love,” said Sherry Vine.

“I’ve been performing as Sherry Vine in New York City for… 27 years. I started when I was four. And so this is absolutely thrilling,” the celebrated entertainer continued.

“I’ve been a big part of the LGBT community even before I started doing drag, but certainly for all these years in New York City and round the world I have been doing my form of political activism which I think doing drag and entertaining people and trying to make people laugh and forget about the hideousness that’s going on out there than that is a job to be proud of and I really really hope that I get to do that for another 25 years and more for the community and it is – actually, at this point, there’s no “plan B” so this is it: I will be doing this ‘til I’m done.”


A Little Shade Never Hurt Anyone

Of the other drag royalty being saluted, Sherry Vine said, “Congratulations to my fellow sisters: Lypsinka, who is brilliant; the goddess, Joey Arias; Lady Bunny, the absolute funniest person in the whole wide world; Hedda Lettuce, who I started out with; and Shequida: the three of us kind of started out around the same time, and they’re still doing it with me, and I love them both. And who’s this other one? Tina Burnt? Burner? Burner. Oh, right – she’s been doing drag for 8 minutes. Legendary? I’m kidding. I’m kidding. I can’t say that about her because I love her so much.”

We also asked if she wanted to shout out an LGBTQ community organization that does good work. “One of my favorite organizations to do work for recently has been Callen-Lorde,” she replied. “I do do a lot of work for a lot of other organizations, and I’m always happy I say yes anytime I get into anything but recently I’ve been doing a lot for Callen-Lorde.”

But you don’t have to take our word for it; see Sherry say (some of) it herself in our exclusive video:

Vote here for Sherry Vine (or one of her sisters) as audience choice in the category of Legendary NYC Drag Queen We Love.

And check out what Hedda Lettuce had to say in her video. (Hint: she’s surprised her competition’s not dead yet!)

Sherry Vine recently celebrated 25 years of performing and was named Drag Legend by The Glam Awards.

She was born in 1992 in Los Angeles but soon after packed her RV and headed East to form Theatre Couture with Douglas Sanders, Joey Gross, Joshua Rosenzweig and Erik Jackson.  As co-Artistic Director, Sherry co-produced and starred in all of their productions including; The Bad Weed ’73, e.s.p., The Final Feast of Lucrezia Borgia, Kitty Killer, Charlie, Tell-Tale (off Broadway), Doll and Carrie.

Sherry’s first club show in NYC was in Linda Simpson’s Channel 69 at the Pyramid Club.  She quickly became a sought after club persona and showgirl performing regularly at Boy Bar, Squeezebox, Jackie 60, Tunnel, Limelight, Wigstock and every truck stop in-between.

A Star in her own right.

In 1993, Joey Arias happened to be in the audience as Sherry was singing La Vie En Rose for Florent’s Bastille Day event.  Miss Arias invited Miss Vine to join her and Raven O at the legendary Bar d’O and it was here where Sherry honed her comedic skills and wrote her first parody, Corn.

Throughout the late 1990’s, Sherry became known as The Queen of Broadway (given to her by her drag mother Raven O) for her character portrayals and over-the-top dramatic torch songs.  The union of Joey Arias and Sherry Vine has yielded 5 World tours;  Ladies Sing The Blues, StarLust, SINsation, Looking Back At The Future and Cherchez La Femme.

Sherry also travels the globe with her solo shows and has been seen all over North America, Europe, Japan, Israel and Australia,  Sherry can be seen in numerous films; JUST FOR ONE DAY, WELCOME TO NY, WIGSTOCK, THE RASPBERRY REICH, STONEWALL, CHARLIE, SCREAM TEEN SCREAM and FRANCESCA PAGE.

Miss Vine appeared on TV strutting her stuff on Project Runway, “doing Madonna” on the MTV Awards and “playing Jo” from The Facts Of Life on Transparent. In 2009, she became a “YouTube sensation” with her video parodies which have received almost 18,000,000 hits. 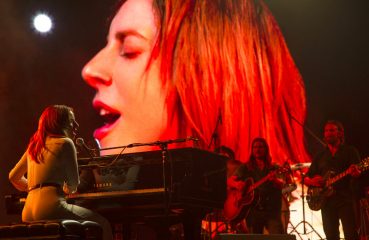 What lesbian, gay, bisexual, transgender and queer projects and performers are worth rooting for among the announced 2018 Golden Globe nominations? We take a look at how the...