All Stars 3 Episode 4 Recap: Trixie Not a Match as RuPaul 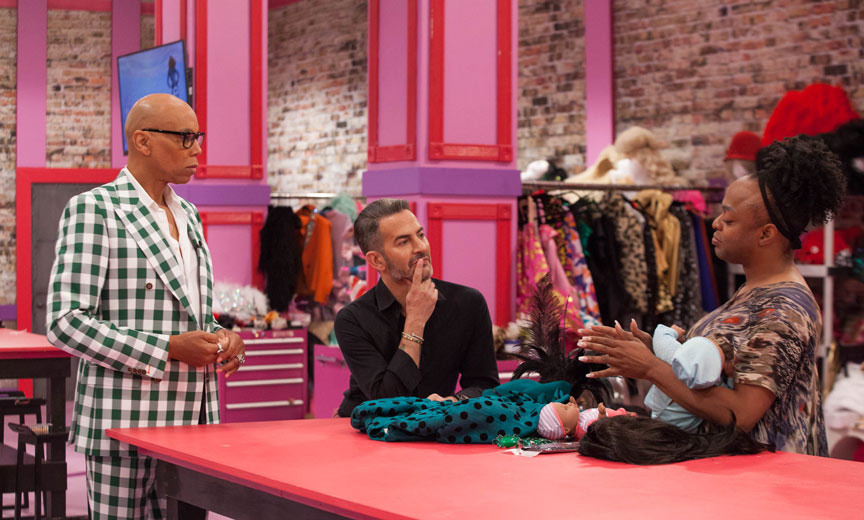 It’s not a party without punch, and it’s not a season of Drag Race without Snatch Game! (Looking at you, All Stars 1…) This is arguably the most important challenge of the season. Queens who fail at Snatch Game typically don’t last much longer in the competition. Queens who do well emerge as the season’s frontrunners. It’s well understood at this point that the true key to winning Snatch Game is to make Ru laugh. He’s been telling the queens this since Season 2. While precision is important, a completely absurd performance can also work if it’s funny. Examples of this include Alyssa Edwards’ Joan Crawford on All Stars 2, Yara Sophia’s Amy Winehouse on Season 3 and even Jessica Wild’s liberal interpretation of RuPaul in the first Snatch Game on season 2.

This of course brings us to the RuPaul impersonation we saw from Trixie Mattel this week. Trixie went into this challenge believing that she’d not only do well but likely win Snatch Game. (We saw this same Act One Gun with Jujubee in Season 2’s Rocker Chicks challenge, and the results were equally disastrous. The game of Drag Race favors confidence but punishes cockiness.) The trouble with Trixie is that she tried to take 30 seconds of a TV show and turn it into a fully-formed character. Trixie wasn’t doing an impression of RuPaul; she was doing an impression of a segment of RuPaul’s Drag Race. Besides plugging her album at the beginning, her RuPaul mostly gave ho-hum critiques of the other contestants’ answers.

The other real miss of the evening was Chi Chi DeVayne’s Maya Angelou. (The writing was literally on the wall once we saw that she initially spelled it “Mya” on her placard.) While she shined as Eartha Kitt in Season 8’s Snatch Game, this time around Chi Chi seemed totally unprepared. She had also been in the bottom every challenge, and already admitted in the last episode that she’s not comfortable doing improv. So it’s fair to say Chi Chi knew her time was coming before Snatch Game even started.

BenDeLaCreme’s winning streak continued this week with an impeccable Paul Lynde. This was a brilliant choice because Lynde, a longtime center square on Hollywood Squares, is practically source material for Snatch Game. (May it only be a matter of time before we see Match Game fixtures like Charles Nelson Reilly, Brett Somers and Marcia Wallace featured on the celebrity panel!) Ben’s performance was a master class in Snatch Game, and much like Jinkx Monsoon’s iconic Little Edie in Season 5, paid loving homage to an often-forgotten gay icon.

Shangela delivered a pitch-perfect Jenifer Lewis impression. (This was after ditching her original choice of Miss Cleo during a highly produced workroom visit with RuPaul and drive-by guest Marc Jacobs.) She found something of a signature pose and used that as a divining rod to bring out Lewis’s one liners and impassioned tangents. Shangela really emerged this episode as both a producer and the narrator of the season. Her commitment to doing well in the competition and giving us good TV bode well for her. Quite simply, this is how you play Drag Race.

The other standout was Aja’s spot-on Crystal Labeija. This was her alternate choice for Season 9’s Snatch Game before settling on Alyssa Edwards, but it was worth the wait. Aja’s confidence this season, paired with her own resemblance in look and spirit to Crystal, resulted in not only a hilarious impersonation but a much welcomed herstory lesson. This felt like the kind of performance that could have been Top 2 of the week with the right editing.

Much like in the “The Bitchelor,” Bebe seemed to simply run out of material as Grace Jones. Perhaps she could have taken the same approach Alexis Mateo did in Season 3 with Alicia Keys. Alexis created material for herself by playing up a lesbian attraction to one of the contestants and being pregnant. It was bizarre, but it was also fully committed and it made RuPaul laugh.

The same could be said for Kennedy Davenport’s Phaedra Parks (of Real Housewives of Atlanta). She got the look down, but her only real gag was a costume change that gave her ten seconds of material at most. Kennedy stole the show in Season 7 as Little Richard, so to see her get lost in the shuffle here (especially after recently showing off her improv skills in the last challenge) was a real letdown.

The inclusion of Kristen Chenoweth on the celebrity panel was fun, but I also would have loved to see more of Aja, Ben and Shangela. Chenoweth brought welcome energy as a judge, though, offering the same kind of encouragement and positivity to her critiques that Ross Mathews (also judging this week) does.

Ben, Aja and Shangela also shined in the floral-themed runway; if this was our Top 3, that would be totally okay. Ben and Shangela were once again Top 2, while Chi Chi, Kennedy and Trixie landed in the bottom. All of the drama, of course, was around whether Shangela would send Trixie home, especially after Shangela found a shady note about her from Thorgy taped on the wall of Trixie’s station.

The lipsync to Katy Perry’s “I Kissed a Girl” was perfectly fine, but won’t be one I remember from the season. The song feels played out (and a little antiquated, frankly) in 2018. However Ben and Shangela kept things interesting by ultimately making it a more collaborative performance and they both earned the split win.

This of course meant they could both send a queen home, much to Trixie’s dismay. Ben’s choice of Chi Chi was clear from the start, but did Shangela trust Trixie enough to give her another chance? She and the editors certainly ratcheted up the suspense with an Inception-style score, an extended (and entirely misleading!) speech from Shangela, and a couple extra shots of the judges and Trixie sweating it out as the lipstick was painstakingly revealed. Ultimately Shangela’s choice was Chi Chi, who practically tap danced with joy out of the competition.

If Trixie is really going to become a frontrunner this season, next episode’s Andy Warhol-themed ball is her last chance. She’s up against queens like Aja and Bebe, who are experts at creating a look, and Shangela and Kennedy, who are experts at selling a look. And then there’s Ben, who won Season 6’s first design challenge and has excelled at every single task thrown her way.

To quote the great Tim Gunn, if ever there was a “Make it Work!” moment, this is it. 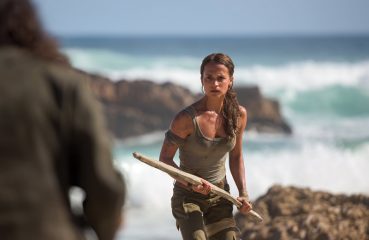 If you thought Angelina Jolie was to be the big screen’s only Lara Croft, it’s time to think again. Alicia Vikander — who so charmed us as the supportive spouse of a... 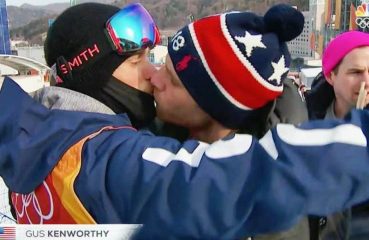 Not many will ever know how it feels to medal at an Olympic Games. Fewer still will know what it’s like to stand in the glare of a global media swarm. Gus Kenworthy knows...