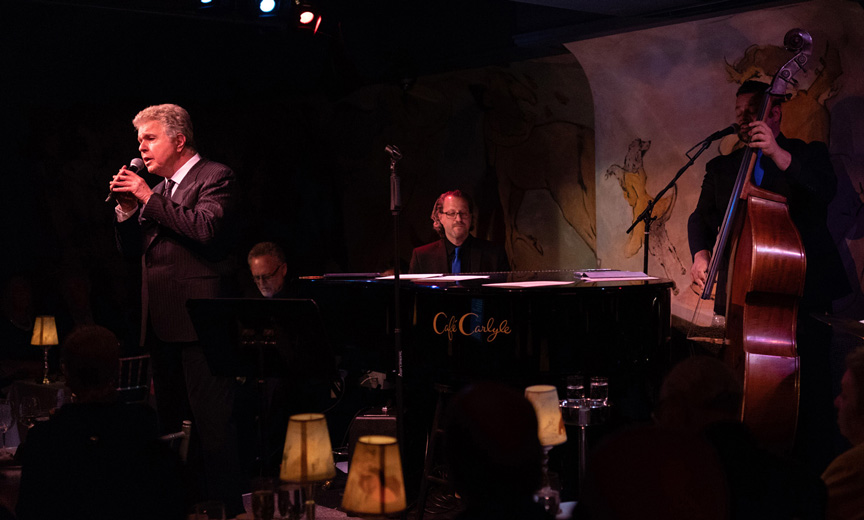 If you get nostalgic for movies like Father of the Bride and Lady and the Tramp, Steve Tyrell has some songs for you.

If anyone is heir to Bobby Short’s legendary reign as the king of the Café Carlyle, it’s Grammy Award-winner Steve Tyrell. The singer greeted audiences at the premiere of his most recent run, welcoming them to his fifteenth year at the venerable room. Tyrell famously does an extended holiday run during November and December, but savvy Carlyle audiences show up to see him whenever he stops in. Among the opening night crowd, we spotted the famous faces of Henry Kissinger and Michael Bloomberg, among others.

If you haven’t seen Tyrell live, you may recognize him from his success making music for the movies. That’s him crooning “The Way You Look Tonight” at the end of Father of the Bride. And the creators invited him back to sing “On the Sunny Side of the Street” for Father of the Bride: Part II. Tyrell offers renditions of both to the Café crowd along with fond memories of working on the films.


Beyond Father of the Bride

Tyrell offers other musical gems from the world of cinema, as well. For example, in tribute to a residency in Italy, he performs “Bella Note” from Lady and the Tramp. It’s still a song fit for a romantic meal with your lady or tramp of choice. He also offers some astute observations on the evolution of music past his specialities from the “American Songbook” era. There are notes on “Always on My Mind” evolving from an Elvis recording to Willie Nelson classic. And when Tyrell describes hearing “Try a Little Tenderness” sung by Otis Redding for the first time, his passion is evident and shows in his performance.

But my favorite anecdote of the evening was part of Tyrell’s tribute to longtime collaborator Burt Bacharach. Apparently, it was Dionne Warwick who took note of a then-little-appreciated Bacharach number. She agreed to spearhead a new recording of it if the proceeds could go to fund AIDS research. Bacharach and Carol Bayer Seger agreed. Warwick rounded up friends including Elton John, Stevie Wonder and Glady Knight. The result was the smash hit “That’s What Friends Are For.”

Tyrell is joined on stage by some of his truly talented friends, including Lymann Medeiros on vocals and bass, Andy Ezrin on piano, Bob Mann on guitar, Bryan Carter on drums and Jon Allen on keyboards. The singer clearly appreciates their musicianship and offers many chances for them to shine in solos. His love of the material, from Gershwin classics to Bacharach bops, reminds audiences why these 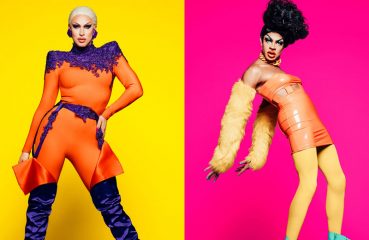 It was a night of judging queens by their covers, a nautical Snatch Game and very possibly the most epic “Lip Sync for Your Life” in Drag Race herstory. But who said... 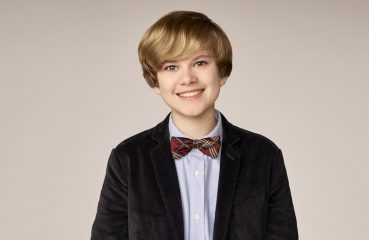