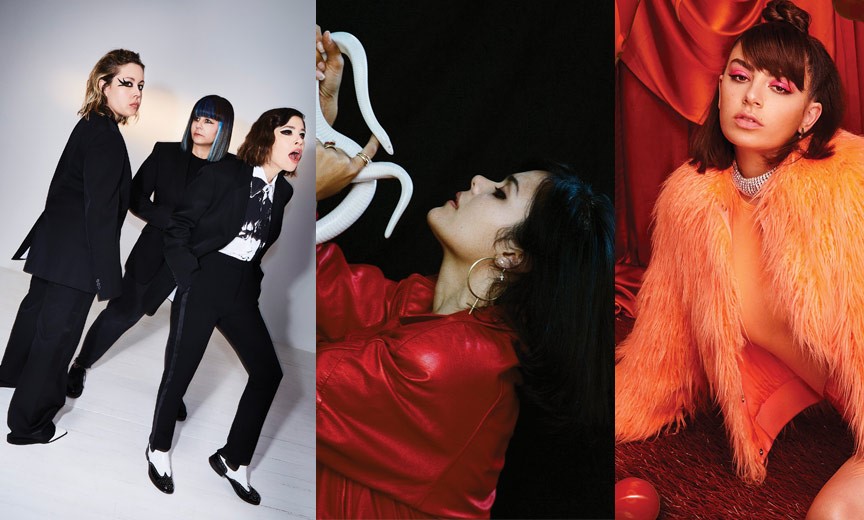 According to rock trio Sleater-Kinney, The Center Won’t Hold is Sleater-Kinney’s “midnight record on the doomsday clock.” For 25 years Corin Tucker, Janet Weiss and Carrie Brownstein (of Portlandia fame) have been creating “riot grrrl” music before it even became a recognized genre. As they explain, “we’re always mixing the personal and the political. But on this record, despite obviously thinking so much about politics, we were really thinking about the person – ourselves or versions of ourselves or iterations of depression or loneliness – in the middle of the chaos.”

Read Next | “Rocketman”: A Feast for the Eyes and Ears — with Gay Sex

Inspired by Los Angeles (where the album was recorded)and growing up in the ‘80s, Lost Girls is a lush and sensual release from this English singer. Bat for Lashes (born Natasha Khan) has been making waves internationally since 2006 with the release of her boundary pushing Mercury Prize-nominated debut release, Fur and Gold. Her sound is equal parts Kate Bush, Siouxsie Sioux, Stevie Nicks, Annie Lennox and something entirely her own. And it always comes with a tinge of mystery, grace and passion.

Her previous release, The Bride, was more melancholy and mournful. Conversely, Lost Girls is being called “an album for driving in the dark; holding hands at sunset; jumping off bridges with vampires; riding your bike across the moon.”

The synth poppy lead single, “Kids in the Dark” could have perfectly accompanied a sex scene in some coming-of-age flick around 1985. Elsewhere, “Feel for You” (not the Prince/Chaka classic) is reminiscent of a lost ‘70s disco jam and would fit beautifully next to Donna Summer on your Spotify workout playlist. Listening to Lost Girls is like stepping into a fantasy dreamworld.

On her third studio album, the pop futurist celebrates the art of collaboration. Throughout this collection, Charli XCX seamlessly blends musical genres from across the pop spectrum. Acclaimed collaborators here include Lizzo, Troye Sivan, CupcakKe, Big Freedia and Sky Ferreira among many others. However, it’s her duet with French pop phenomenon Christine and the Queens on “Gone” that takes the top pop prize.

According to a statement from the artist, the tune serves as a “hard-hitting ode to the complexities of falling prey to others’ opinions.” (Plus, the video is pretty fantastic and worth seeking out.) Since the start of her career nearly a decade ago, Charli XCX has regularly challenged the conventions of pop music, and this fun, self-titled record is no exception.

She has always fallen slightly to the margins of the mainstream (not counting “Fancy” with Iggy Azalea which spent seven weeks at #1 back in 2014). But that’s all about to change. It’s easy to envision these bops receiving heavy Top 40 airplay. Want to see Charli XCX strut her stuff live? She’ll tour the record extensively throughout North America this fall, starting September 20 in Atlanta and ending October 22 in New York City. 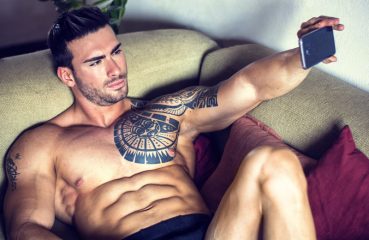 This Is How to Fill Your Instagram with Sexy Men

Sure, there’s nothing wrong with an Instagram feed filled with other people’s fabulous vacations, precious pets and best meals ever. But if you’re like us, you... 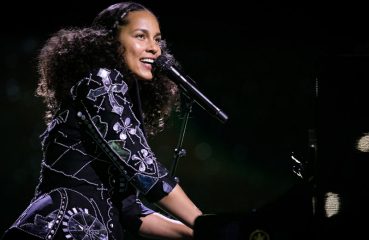 You’ve heard “Bye, Felicia?” Get ready for “Hi, Alicia!” Here is the story of the time that Alicia Keys fed, clothed and sheltered me. Hi, I’m Samantha Aronson. It...