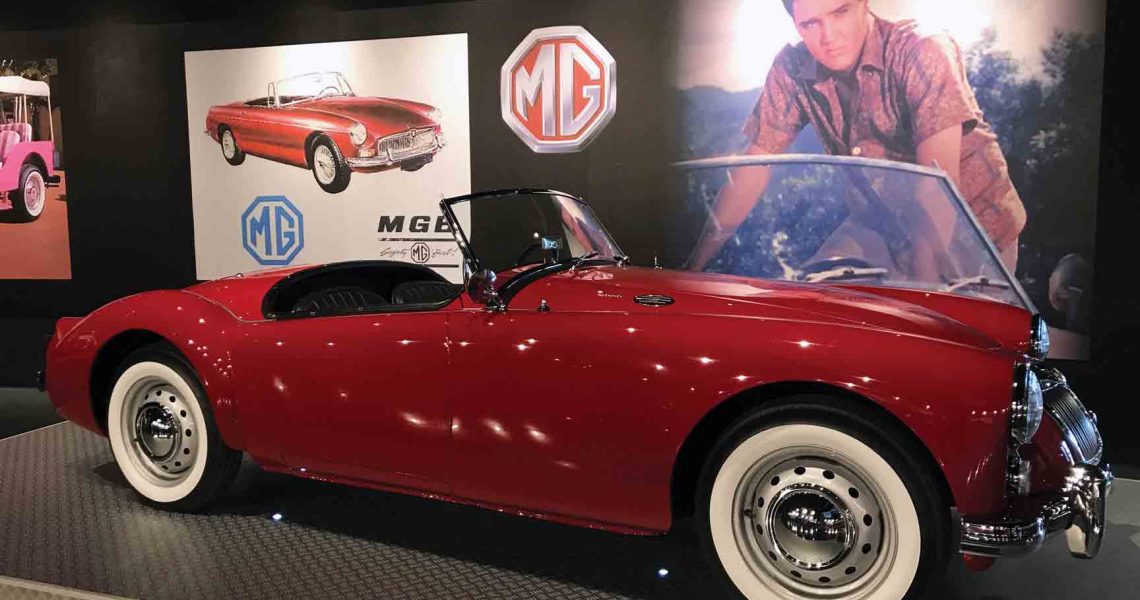 Some he loved. Many were bought on a whim … and at least one he shot. Welcome to the “garage” at Graceland.

Elvis Presley could afford whatever cars he wanted. Receipts show he purchased more than 200 in the course of his adult life. Many were given away, but the best are on display at “Presley Motors” — a centerpiece of the new $45 Million “Elvis Presley’s Memphis” Tennessee complex at the star’s home in Graceland.

A car fanatic, Elvis preferred large and flashy models like the pink 1955 Cadillac Fleetwood that he famously presented to his mother. And, there’s the 1956 Cadillac Eldorado that was originally white, but was repainted the color of some purple grapes Elvis smashed on the hood, according to lore. A white 1956 Continental Mark II was purchased while on tour in Miami after fans graffitied the Lincoln Elvis had been previously driving.

By the 1960s, Elvis’ tastes expanded to European brands. While in California making movies, he bought his first Rolls-Royce — a black 1960 sedan. It was followed by a white 1966 Rolls-Royce Silver Cloud III that was later owned by actor Michael Landon. Both cars are on display.

Elvis is known to have owned at least three Mercedes 600s, among the most expensive cars in the world. One was auctioned by Bonham’s in 2010 for $187,390. The two others are at Graceland: One is a 1969 six-door Pullman limousine that appeared in the film Elvis on Tour and the other is a short-wheelbase sedan that’s been in Graceland’s archives for decades, but hasn’t been previously displayed.

However, Elvis’ favorite cars were Stutz Blackhawks, hand-built in Italy. Their baroque styling suited him perfectly. Elvis first saw a black 1970 model when salesman Jules Meyers visited his Beverly Hills home. Elvis immediately wanted it, but Meyers explained it was a demonstrator model meant to be kept on hand for other high-profile clients like Frank Sinatra. “How do you think you will sell more cars, when you drive it, or when people see me driving it around?” Elvis replied. Meyers accepted the star’s logic — and his check. A 1973 Stutz with red interior and gold trim is the last car Elvis drove through the Graceland gates the morning of his death on August 16, 1977. He must’ve loved it, since he spent four years behind its steering wheel — an eternity for someone like him. 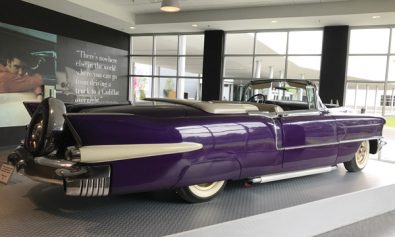 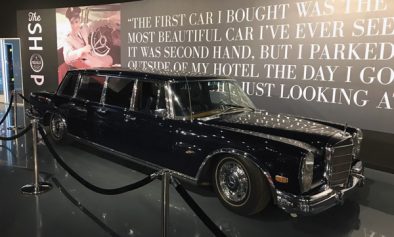 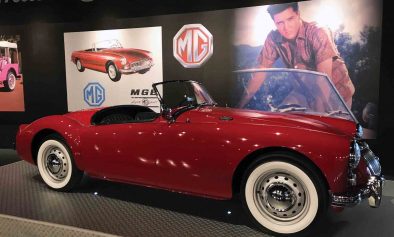 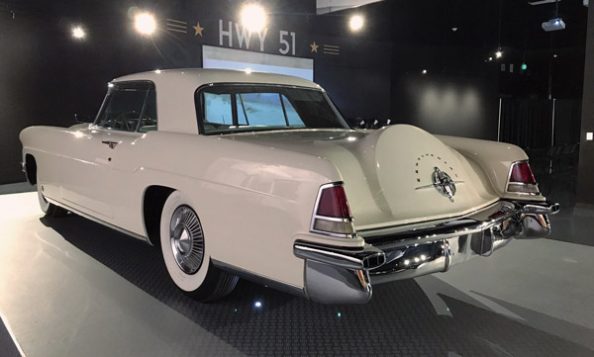 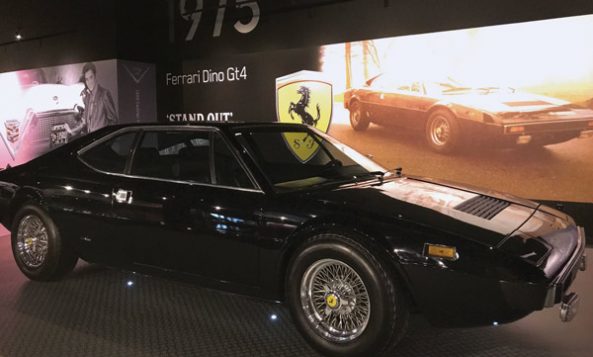 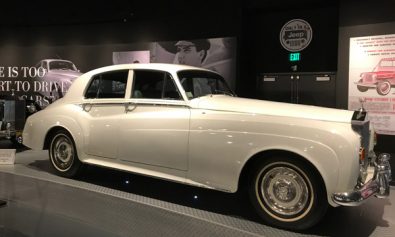 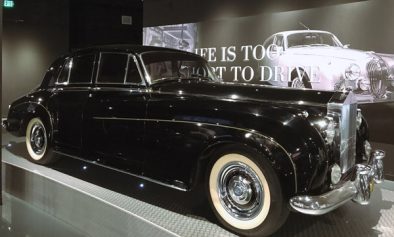 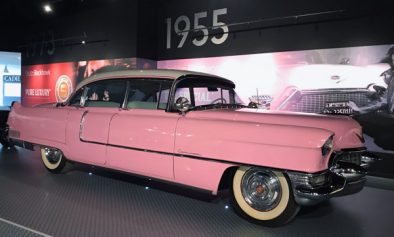 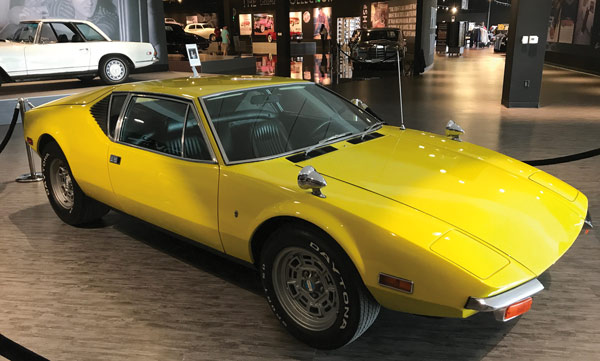 But “The King” also had tempestuous relationships with other vehicles. One day, Elvis tried to start his 1971 DeTomaso Pantera and it did not oblige. As Elvis often resolved conflict with inanimate objects that displeased him (books, televisions, his upstairs commode), he shot it. Bullet holes are still visible. Perhaps the black 1975 Ferrari Dino pleased him more, as it remains placidly hole-free.

The museum also houses a red MG roadster, a pink Jeep (ike the one in Blue Hawaii), and a John Deere tractor. There are also Harley Davidson motorcycles, golf carts and snowmobiles — rumored to be among Elvis’ favorite amuseuments when off tour. Near the entrance is a 1970 Mercedes-Benz 280SL convertible given to then-wife Priscilla.

A line of cars in Graceland’s driveway signified when Elvis was in residence, and his entourage kept them as he liked them: With keys in the ignition, ready to go. Presley Motors has a collection of about 30 cars on rotating display. Learn more at graceland.com. 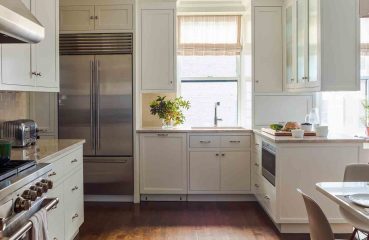 Everything — Including the Kitchen Sink

How do you design a place for creating culinary masterpieces, cleaning up afterwards and all the moments in between? Start with a dream and find the reality. Most artists prefer... 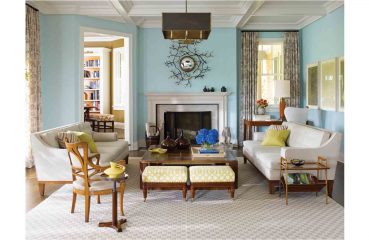 How Far to Push: an Interview with Designer Gideon Mendelson

Gideon Mendelson talks about creating rooms that respect clients’ needs and identity — but also push their boundaries. “People come to me thinking they want a look,”...