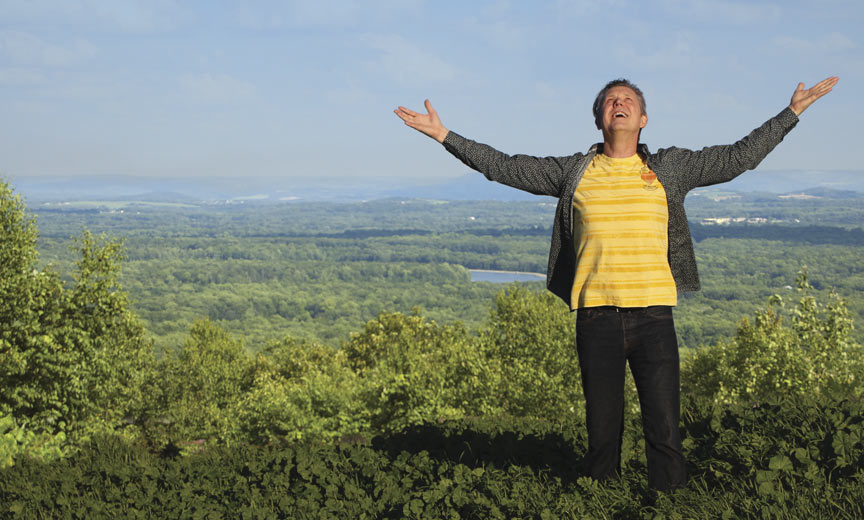 As it approaches a milestone, a retreat designed for men living with HIV seeks to break down boundaries.

The Brotherhood Retreat is a three-day gathering for gay and bisexual men, which was conceived by Claes Lilja. “The idea for the retreat hit me like a lightning bolt,” Lilja remembers. “I was taking a shower, and the idea came with such strength and clarity that I knew I just had to do this. I stepped out of the shower without fully drying off, went to my computer, and typed out the schedule.”

The experience was originally intended as a support system for gay men living with HIV and still draws a mainly HIV-positive crowd. But organizers have also recently made a point of welcoming all men who are attracted to men. This change is intended to both be more inclusive of serodiscordant couples and discourage separation within the community.

The three days of Brotherhood are carefully planned by Lilja and include a combination of meditation, breath work, healing touch, shared meals and more. The activities are geared towards helping people connect with themselves and others in a way they might not do otherwise.


Men tell Lilja that they attend the retreat for a variety of reasons. Many are dealing with a sense of isolation that is all too common among people living with HIV. Others are looking for new ways to connect with other men. Still others are seeking healing or support as they deal with specific problems. The remainder simply want an opportunity to get away from their everyday lives in a beautiful location.

Since its inception in 2008, the retreat has been held in Pennsylvania’s Pocono Mountains, which — Lilja explains — is a manageable traveling distance for travelers coming from across the U.S. and Europe. The Brotherhood Retreat does not screen attendees based on nationality or appearance; its only requirements are that attendees are over 18 years old and identify as a gay or bisexual man.

“I never imagined anything that could be so transformational, loving, scary, intimate and as exciting as this retreat has been,” says one recent participant. “I’m a changed man, a new man, a reborn man. It’s like I just gained fifteen new lovers. It’ll be hard to leave this sacred place and these incredible men. I’ve never felt more alive and happy.”

Get more information by visiting facebook.com/BrotherhoodRetreats or by following @PozRetreat on Twitter.