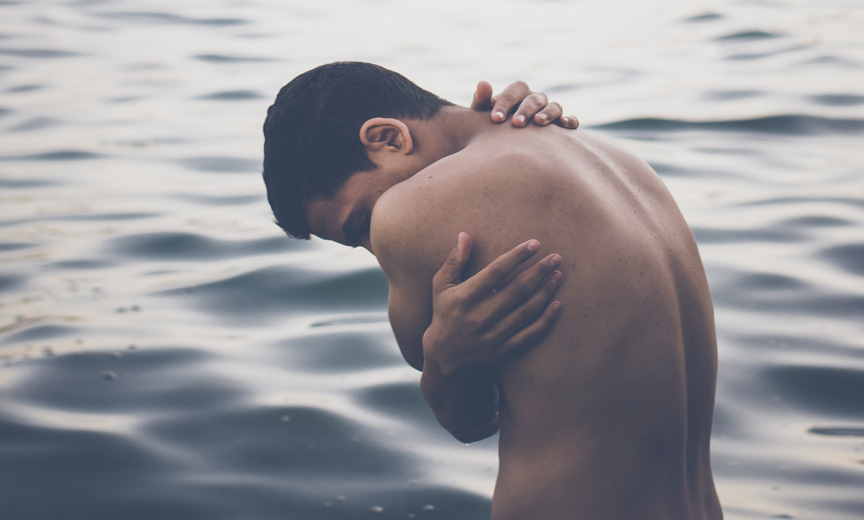 There are plenty of reasons why a person might experience anxiety before a massage. Some people are insecure about their bodies. Others have concerns about being touched by a stranger. However, my most intense episode of pre-massage anxiety was related to a fear of frozen hair.

I was visiting Iceland’s Blue Lagoon — a huge pool of liquid that stays bathwater warm year-round. That’s because it gurgles up from deep within the earth. It’s also tinted an electric blue by the soothing minerals it picks up along the way. The place started as a local watering hole; now it looks like an extraterrestrial vacation destination.

Both foreigners and locals visit the lagoon year-round. Some prefer the coldest months when the contrast between air and water temperature is most dramatic. That is how I ended up in a bathing suit, in the middle of January, preparing to make a mad dash through below-freezing temperatures and into the blue.

That part was actually exhilarating. There’s that first shocking moment when the cold hits your skin. It takes only a minute to hang up your robe and cross the deck to the water’s edge. Then comes the bliss of the water’s embrace: I felt like a marshmallow bobbing in a giant mug of hot cocoa.

As part of our Blue Lagoon experience, my then-boyfriend (now-husband) Justin scheduled “in-water massages.” The staff suggested we arrive about an hour before the appointments to get used to being in the lagoon. At first I thought I’d spend it casually swimming and exploring. And then my hair began to freeze.

My body was toasty under water. My face seemed not to mind the icy wind. However, my wet hair very quickly morphed into a kind of icy torture crown. I desperately sought relief in the sauna, but as soon as I stepped outside again, the hair-cicles returned. I began to panic: Something must be done! How would I make it through a massage feeling like I wanted to rip my scalp off?

I spent quite a while fully freaking out, trying to watch my fellow lagoon-goers to figure out why I seemed to be the only person afflicted by this unwanted icing. To calm me, Justin suggested I try to lay back and relax. That’s when I had the epiphany that changed everything.

After several attempts to float, I realized that each time my head dipped under the water again, my hair would melt. Accordingly, I figured out that as long as I kept ducking under periodically, my hair would never have time to freeze at all. I wasn’t sure how I would communicate this to my Icelandic masseur but at least it was a solution.

By the time our massage appointments rolled around, I had a good rhythm going. I was still concerned how I’d keep up the dunking during the in-water massage. Ultimately, I needn’t have worried. The massage artists come absolutely prepared to keep you from freezing — even bringing a special kind of absorbent blanket that soaks up the warm lagoon water and keeps the chill away from any part of you that might touch the cold air. In every way my masseur positioned me, my hair never left the water at all. I looked up into his handsome, bearded face. His eyes were as blue as the lagoon. Finally, I left the situation in his capable hands, and had one of the best massages ever.

This is a lesson that life seems determined to teach me over and over — especially when traveling. Freaking out rarely solves anything, and sometimes figuring out how to relax is the only solution you need.

Paul also discovered his all-time favorite cologne at the Blue Lagoon. Check out his fragrance philosophy. 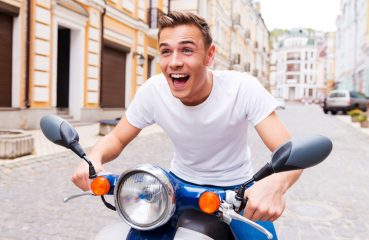 Lawrence discovers the joys of going his own way when it comes to exploring the world. But he’d prefer you not call it “traveling alone.” “You’re traveling...